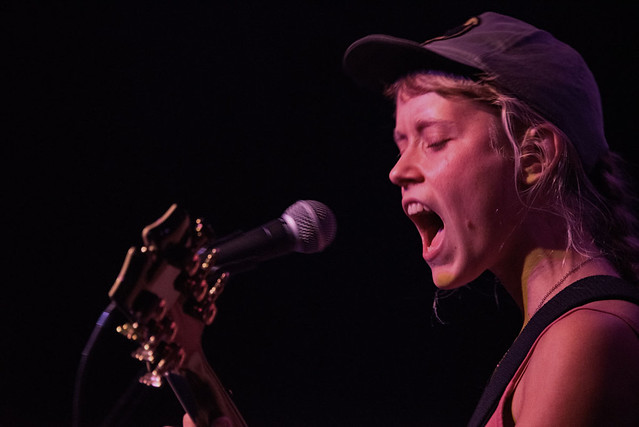 Don’t let her diminutive stature and disarming, bubbly personality fool you. Alice Phoebe Lou is no girl. When she takes the stage, she is a woman in complete control — an experienced presence whose voice soars and whispers, spanning several octaves and which, on a recent night at Jammin’ Java, never hit a bum note.

Her command, not of just the stage but the entire room, and veteran performer’s ability to use the microphone to vary volume, emphasis, and tone was nothing short of remarkable.

On the second gig of her US tour just prior to the release of her second full-length album, Paper Castles (released March 8), Alice Phoebe Lou performed a 90-minute set to a sold-out passionate audience. Paper Castles is a major step forward for Alice. Eschewing her earlier folk tendencies, she delved into more complicated jazz rhythms and melodies, testing the outermost edges of her vocal abilities.

At first, Alice may seem awkward and somewhat uncertain onstage, one soon realizes that it’s merely her sincerity shining through. She is a seasoned performer with nearly 10 years of experience singing in public.

Alice grew up in Kommetjie on the west coast of the Cape Peninsula in South Africa. Her musical education began on piano but she soon switched to guitar. In 2010, she spent a summer in Paris earning money as a fire dancer and, following her high school graduation two years later, she returned to Europe (Berlin) to earn money busking in parks and metro stations. By the time she released her first EP, Momentum (April 2014), she had garnered enough recognition to begin playing in venues.

In 2015, it all broke wide open with her first SXSW festival performance (she’s returned every year). Alice released her first full-length album, Orbit, in April 2016 and in December the following year, her Sola EP, accompanied by the announcement that her song “She” from the film “Bombshell: The Hedy Lamarr Story” made the shortlist in the Best Original Song category at that year’s Academy Awards.

Watch the official video of “She” by Alice Phoebe Lou on YouTube:

On March 7, Alice was still powering through jet lag, but she and the band were as tight as could be — no bum notes, no missed cues, no onstage confusion about what to play next. Indeed, all those years on the road inevitably lead to confidence and surety onstage. If Alice Phoebe Lou does that at 25, imagine how accomplished she’ll be in 5, 10, or 20 years.

Go see this terrific singer, songwriter and guitarist. Find tour dates and music on her website.

Here are some pictures of Alice Phoebe Lou performing at Jammin’ Java on March 7, 2019. All photos compliments and courtesy of Marc Caicedo. 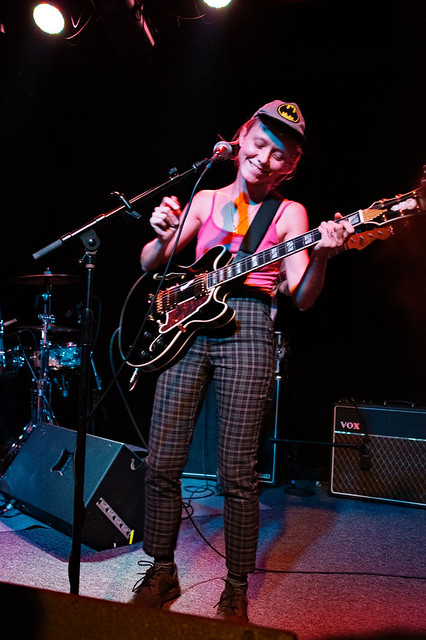 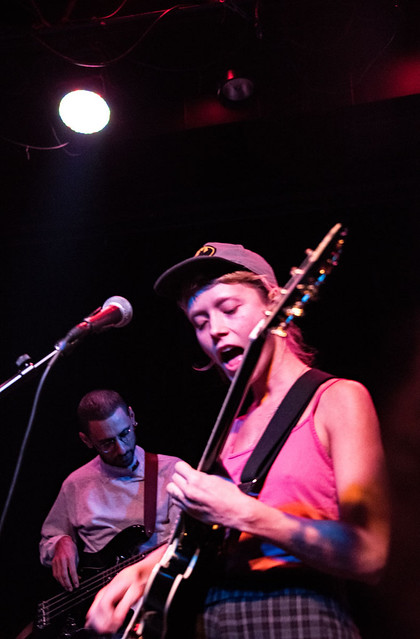 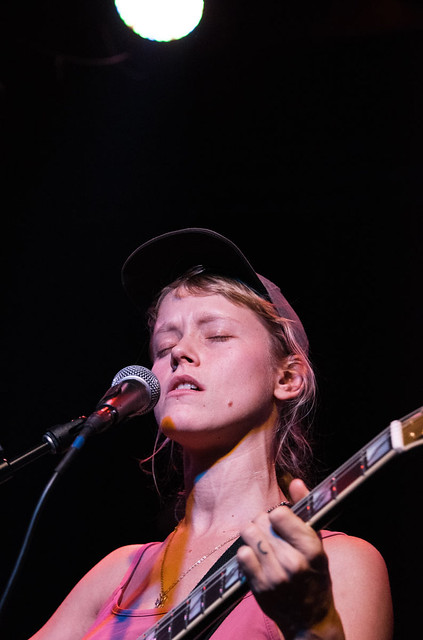 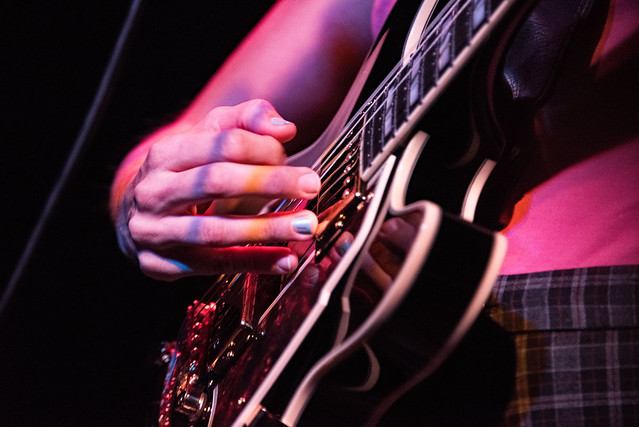 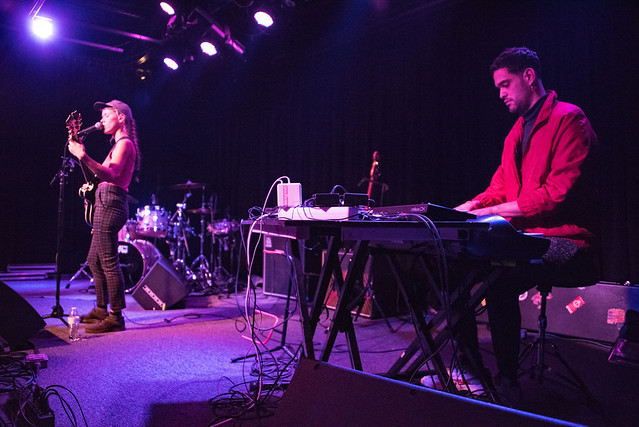 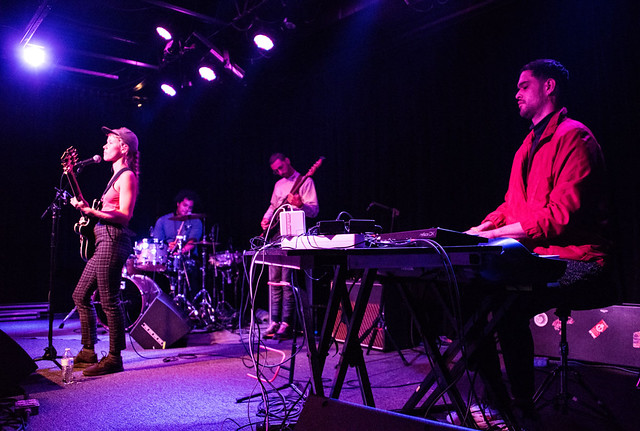 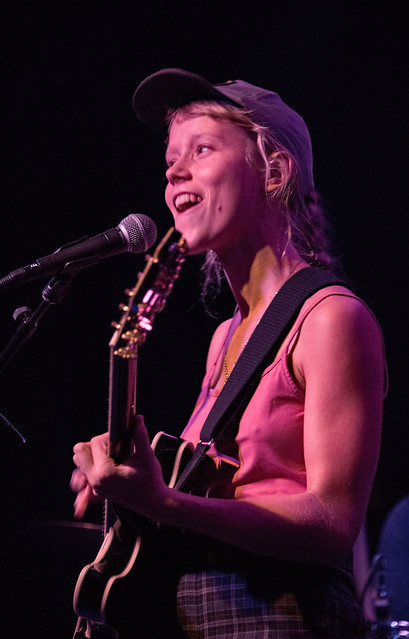 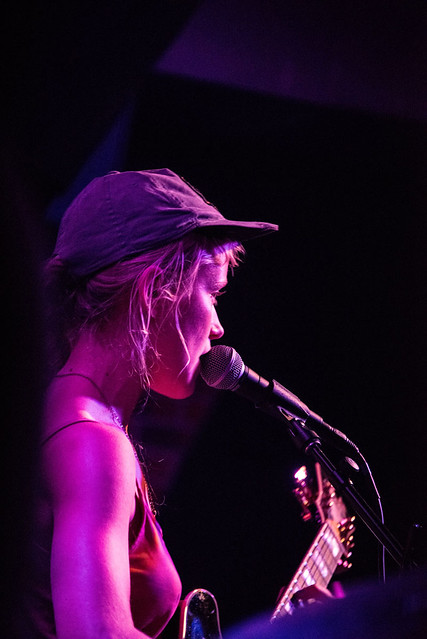 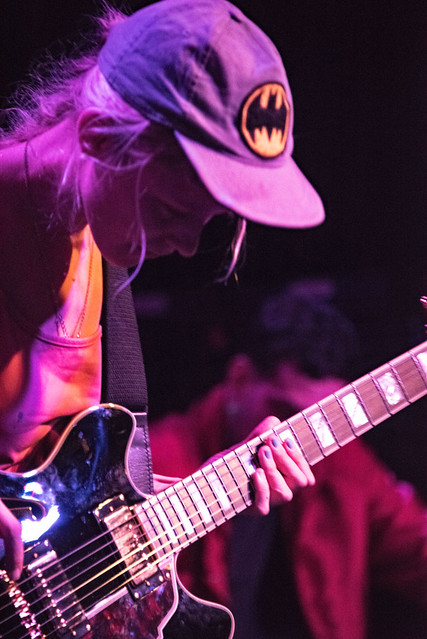 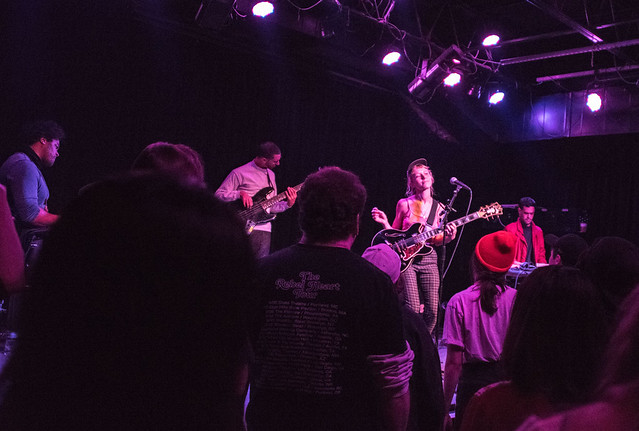