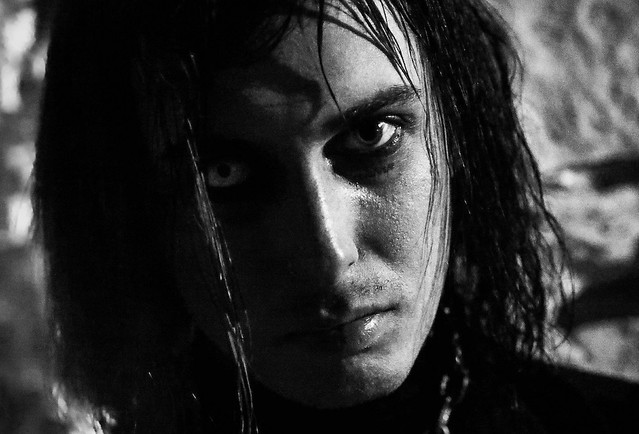 In a 2017 interview, Lee Shaner of Skull Candy describes Ghostemane’s music with the following:

“Ghoste’s music is dense and dark. A self-described ‘hardcore kid’ inspired by the tongue-twisting fast rap genius of Southern and Midwestern rappers of yore, he may look like a metal head but he raps like every member of Bone lives in his head. Frequently changing his voice multiple times on a track, anywhere from a menacing moan to a high-pitched near scream, his songs often sound as though they’re Ghostemane featuring Ghostemane. He uses this schizophrenic duality to paint his worldview, tapping into his deep breadth of philosophic studies and knowledge of the occult.”

Stream Opium by Ghostemane on Spotify:

“You know how every nu-metal band in the late Nineties and early 2000s seemed to have a soft song to show how ‘sensitive’ they were, when really it ended up sounding like a whack-ass ballad most of the time? This is not that. Instead, Ghostemane’s Opium is what all those tracks should have sounded like, incorporating a genuine sense of creepiness and intriguingly twisted songwriting,” said John Hill of Opium in Revolver.