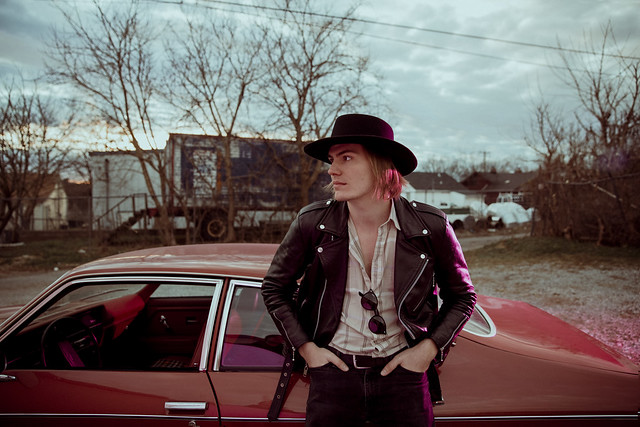 Dylan LeBlanc may not look like Bob Dylan, but the two Dylans connected through LeBlanc’s horse rasp and musical style at Pearl Street Warehouse recently.

On June 14, Dylan demonstrated a connection to another master artist as well — Neil Young. Neil pioneered a mix of country and folk rock mix with crushing electric guitars that would go on to influence alternative rock. But Neil’s influence on bands like Dinosaur Jr. and Nirvana sometimes overshadows that he influenced very different artists, like Lucinda Williams, just as much. Dylan LeBlanc’s Americana sound, with a little bit of twang and a lot of heavy, heavy guitars pulls these threads together and seems like the primal stuff.

The truth is, though, that no one can duplicate Neil Young. Dylan has his own unique style, which he showcased at the Pearl Street Warehouse to the delight of the crowd. Dylan is currently touring behind his recently released fourth album, Renegade. He opened with one of his older songs, then he went to change guitars. He mentioned that he just released Renegade a week ago to the day. He also said that he hadn’t been in DC for a while, then he played one of the new songs, “Damned,” which, like many of the songs on Renegade, reflects on his personal difficulties in coming to grips with the early fervor of his career. He sings, “Don’t tell me that I’m damned, born to live a life of sin, I couldn’t live with it.”

“This album,” Dylan said, “is the most fun I’ve had playing music in a long time,” his face lighting up with a boyish smile. He kicked up the band into the upbeat, more pop-sounding “Born Again.” Guitar changes followed — Dylan’s numerous electric guitars stood prominently on stage.

Later, Dylan played “Look How Far We’ve Come,” a song he recorded with alt-country singer-songwriter Rayland Baxter. He checked in with the audience, asking if everyone was having a good time. The audience answered with cheers and applause.

Later in the set, Dylan played several more songs from Renegade, including the title track, a blaring country-rock tune in the outlaw tradition that references drinking and being on the wrong of a police APB. “Lone Rider” has a strain of the southern gothic, beginning, “Last Hallows’ Eve, in the slow and steady rain,” putting an introspective twist on that milieu to continue the album’s exploration of Dylan’s experiences with stardom: “All my life I’ve been haunted by the wrong kind of fame.” Dylan also played “I See It in Your Eyes,” a rumination on a lost lover.

Dylan played some of his older material, including the title cut from Cautionary Tale, a song about his own recklessness. Through this his set, Dylan and his band rocked the house. They’d hit a soft spot in the music, only a moment later to shred the place apart with blistering riffs. The audience hung on every word of Dylan’s distinctive, Southern-inflected nasal rasp.

Seeing Dylan in person, his youth really becomes apparent. For all the pressure that’s been heaped upon him, he’s an accomplished and well-developed artist at only 28 years old. Few musicians have four albums out by Dylan’s age. He’s established an identity and a distinctive sound, and he has decades to experiment and grow within it now. He’s a strong, strong performer who will only mature and get even better — just like the masters before him.