Elizabeth II, Beth Cannon’s nom du stage, has been a fixture on the DC music scene since 2017. She grew up on a musical diet of what today is called classic rock (Zeppelin, Whitesnake, Fleetwood Mac, Nirvana, etc.) and has evolved into a powerful musical storyteller herself, whether performing brash, loud rock and roll with a band or standing alone on a stage with simple an acoustic guitar.

On Sept. 10, she walked out onstage to an audience of exactly one — not counting the PSW staff and myself — and nonetheless proceeded to deliver heartfelt versions of her own tunes, as well as some inspired covers. “Lonely,” a rocker from her EP and re-released as an acoustic single was one of many set highlights.

Watch Elizabeth II perform an acoustic take on “Lonely” from a parking structure rooftop on YouTube:

Covers included the Stevie Ray Vaughn version of Stevie Wonder’s “Superstition” and a particularly powerful “House of the Rising Sun” by The Animals. Some songs are so deeply ingrained in our musical DNA that when we hear them covered, fairly or not, our minds automatically play the original in our head.

But it was Cannon’s vocals that set this version apart. Having seen her perform several times with bands and a natural tendency to focus on the guitars and drums, I’d never fully appreciated just how gifted she is as a singer. But when it’s just you and an acoustic guitar, there’s no hiding behind a wall of sound. On “House..” and indeed all the evening’s songs, Elizabeth II’s vocals were front and center, and by the end of her set she’d filled the room with appreciative, rowdy fans.

When Jonny Grave takes the stage, the first thing you notice is not necessarily the trim, black clad figure wielding the bright, cream-colored Gretsch. It’s not the way he prowls the stage or the way he exhorts and encourages his bandmates. The first thing one notices…no, feels…is how the energy in the room suddenly amps up as if someone had unexpectedly flipped a switch.

And that’s the way it stayed throughout Jonny’s hour and a half set. Accompanied by Marty Risemberg (drums), Christopher Brown (bass), and Terry Boes (harp), the quartet ran through a sampling of Graves’ vast repertoire of blues, rock, and various combinations thereof with salsa, funk, jazz, and pop touches. Most tunes were his own instrumental compositions though he did throw in a few covers (“this one is from the 1940’s”), but the set never lacked for energy as Jonny stalked the stage, joyfully interacting with his bandmates (all old friends and musical collaborators) and joking with the appreciative audience.

As we all know, the pandemic has had a devastating effect on the local music scene. Venues like PSW have been shut down for months, denying an opportunity for local musical artists to perform live, build a following, and test new material. Sure, many artists did livestreams, composed and recorded new music, and otherwise did their best to survive but there is no substitute for, as local hero Dave Grohl says, “Singing into a microphone and learning to play an instrument and learning to do your craft, that’s the most important thing for people to do. It’s not about being perfect, it’s not about sounding absolutely correct, it’s not about what goes on in a computer. It’s about what goes on in here [your heart] and what goes on in here [your head].”

Toward the end of the set, Jonny rightly called out appreciation for venues like Pearl Street that, along with national touring acts, also give local artists a venue and opportunity to play live. Indeed, the encore was a beautiful up-tempo instrumental made all the more exciting by Jonny calling out chord changes as the band learned the song on the spot. That spontaneity is what many music fans, myself included, live for.

Since PSW reopened its doors a few months back, I’ve been fortunate to see a number of local acts perform there, from rock to bluegrass, jazz to blues. With summer fading and DC’s always spectacular fall weather settling in, PSW’s open windows, high ceiling, and unfailingly terrific server staff, I know I’ll be back…whether I’m the only one in the audience or not.

Here are some photos of Jonny Grave and Elizabeth II performing at Pearl Street Warehouse on Sept. 10, 2021. All photos copyright and courtesy of Mark Caicedo. 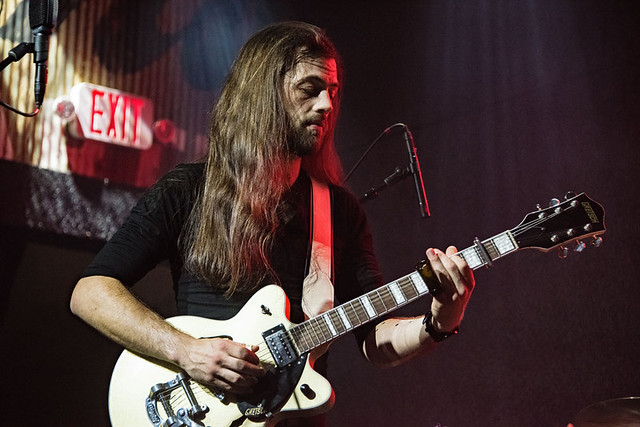 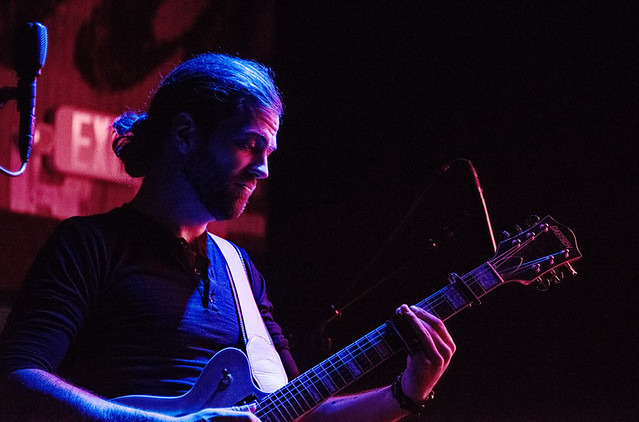 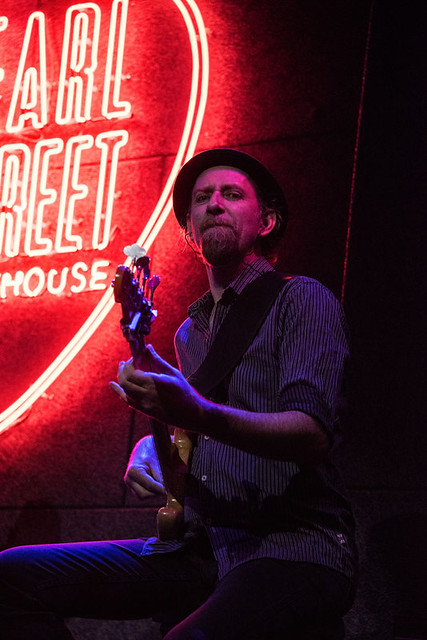 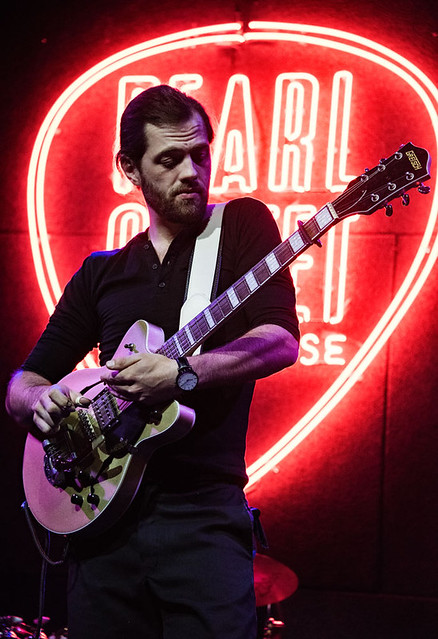 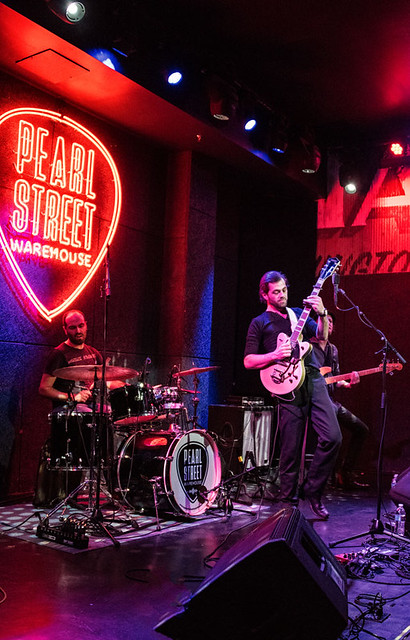 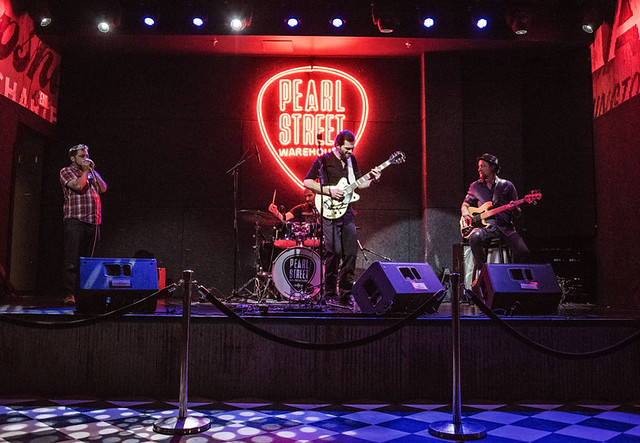 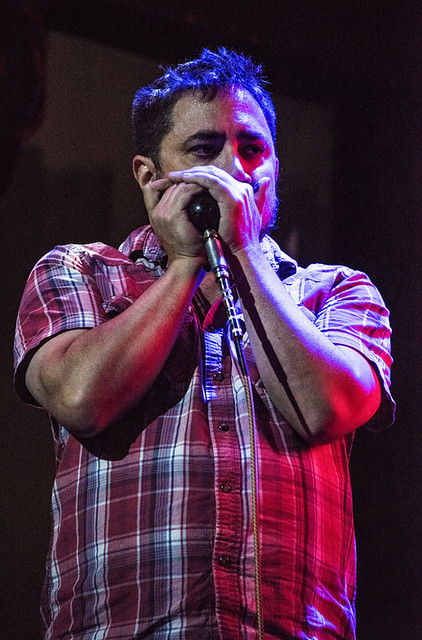 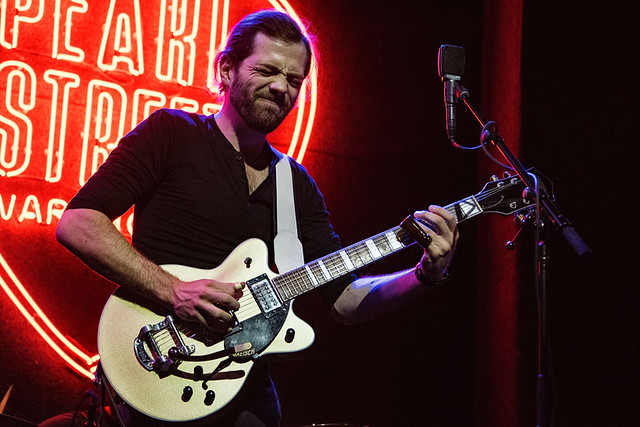 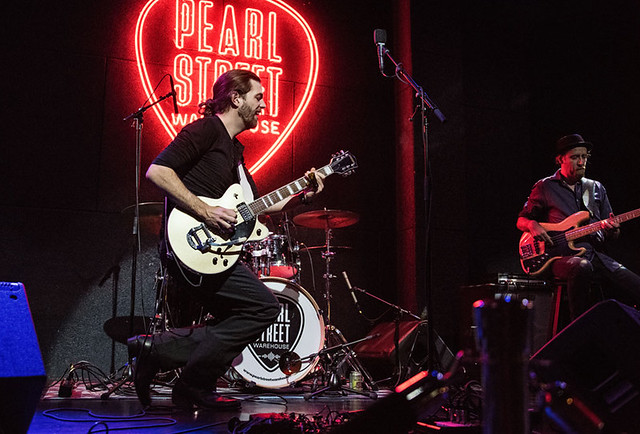 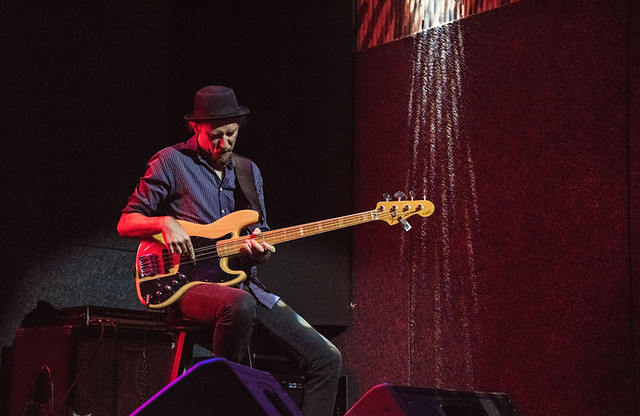 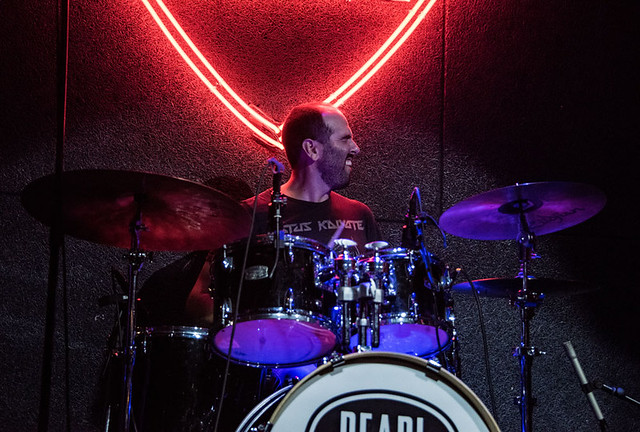 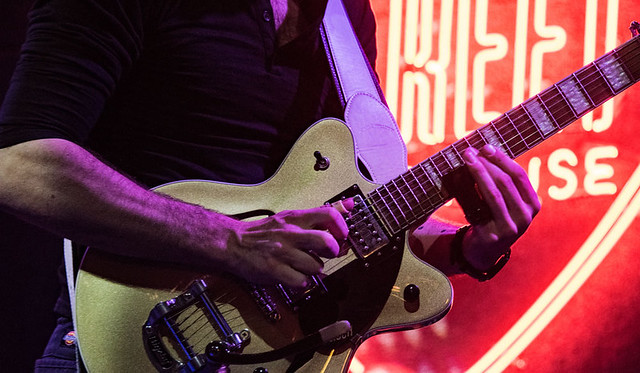 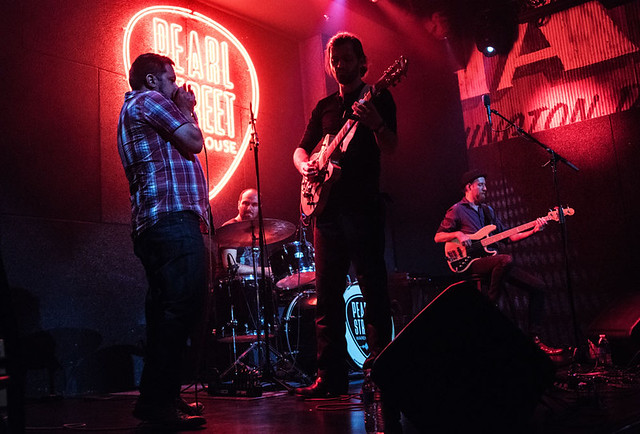 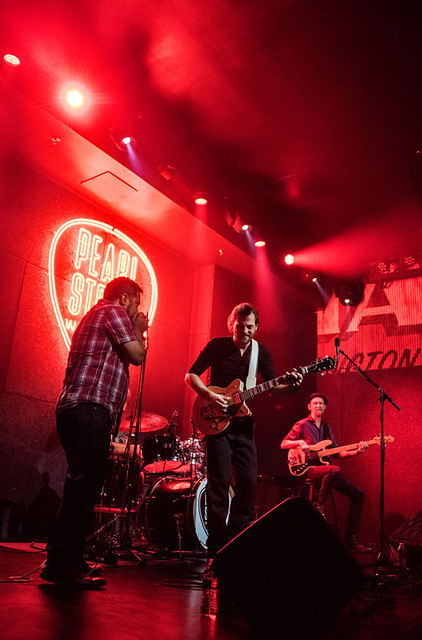 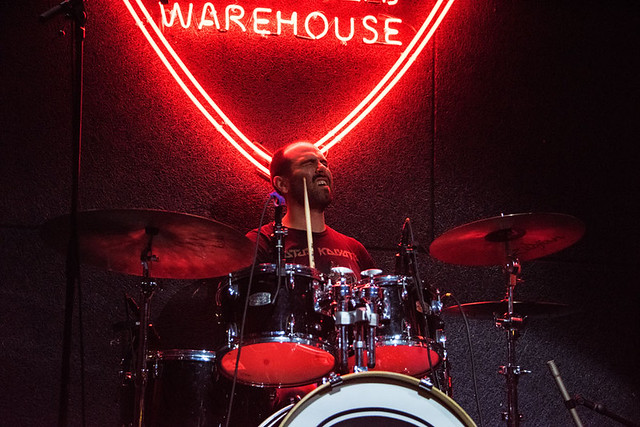 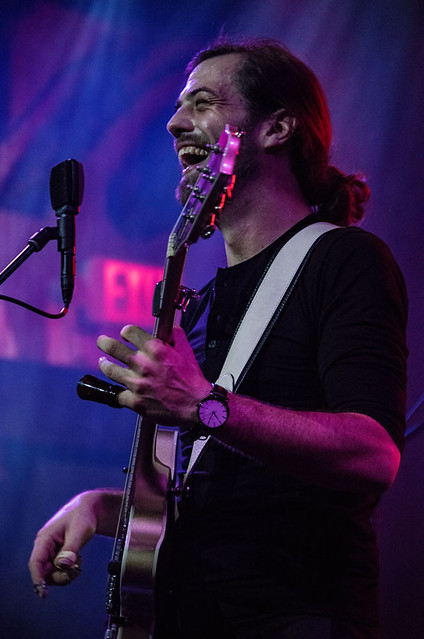 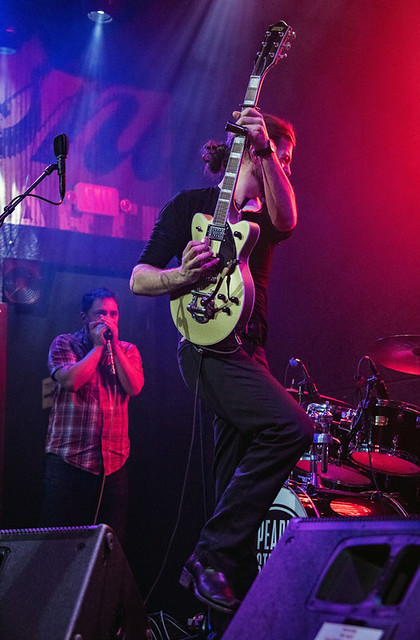 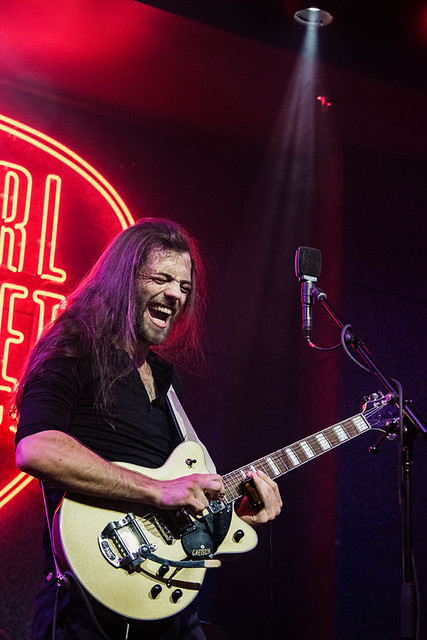 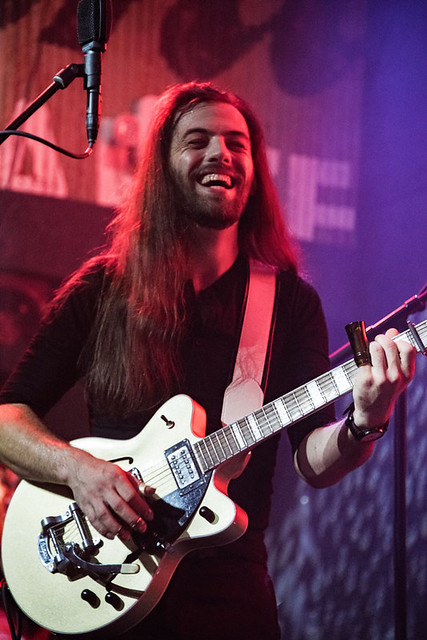 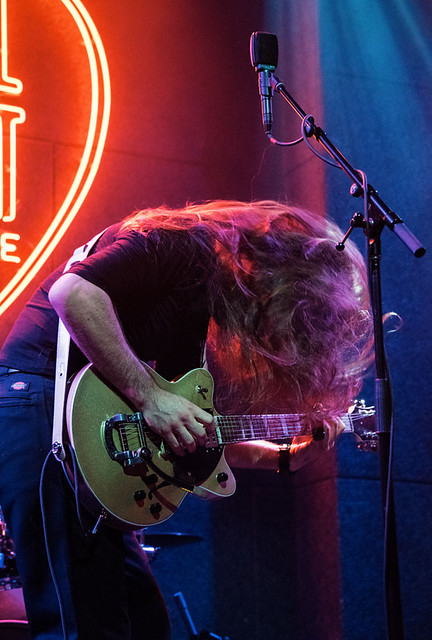 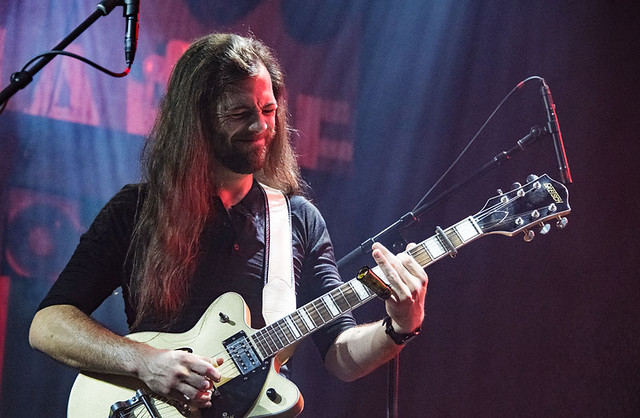 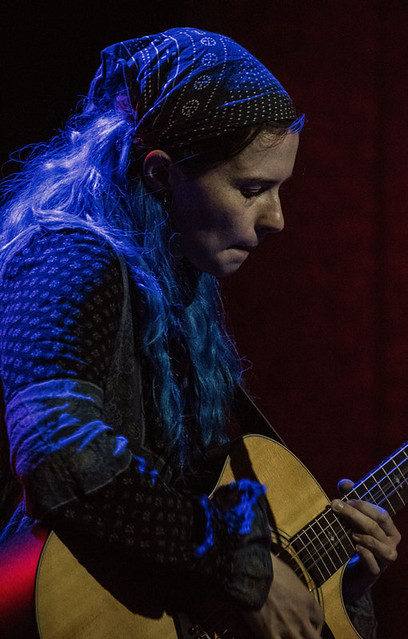 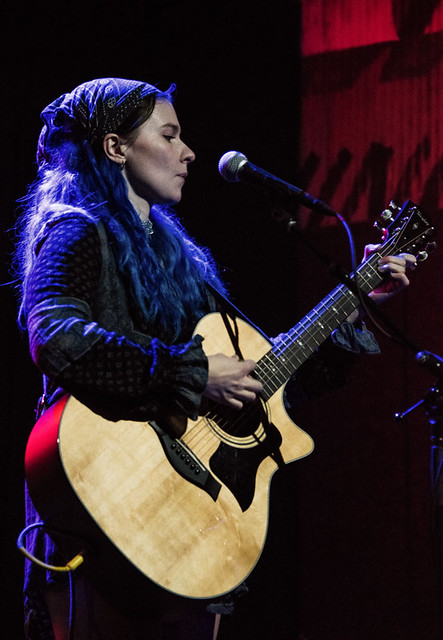 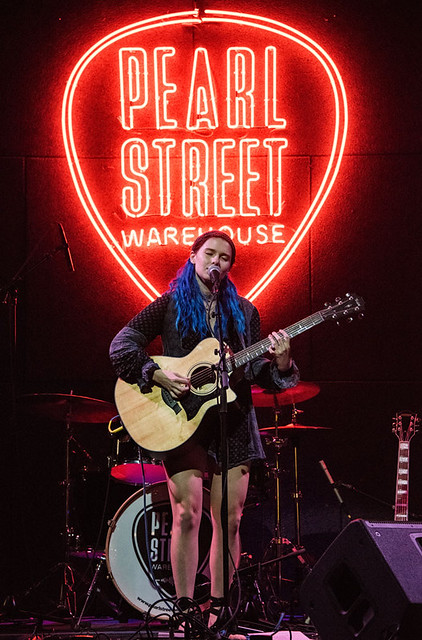 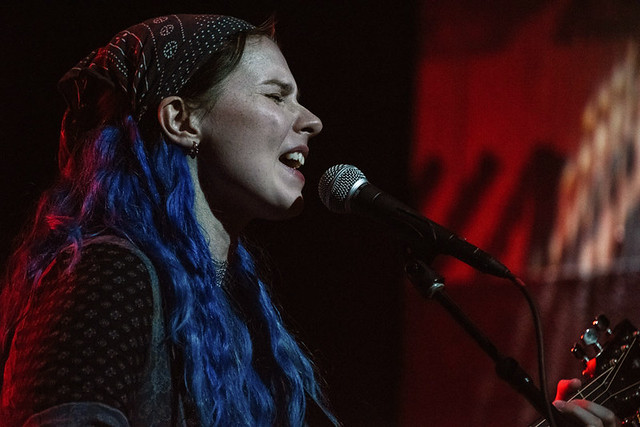 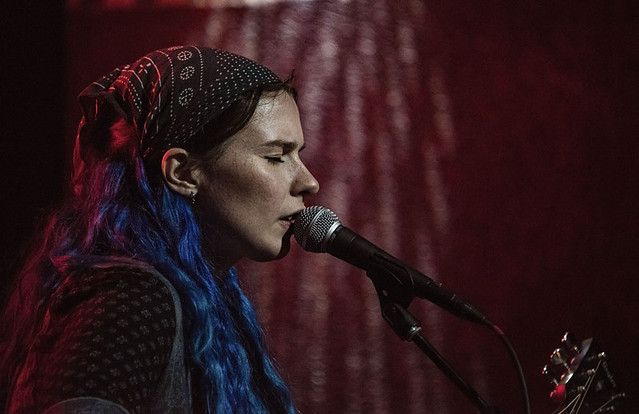