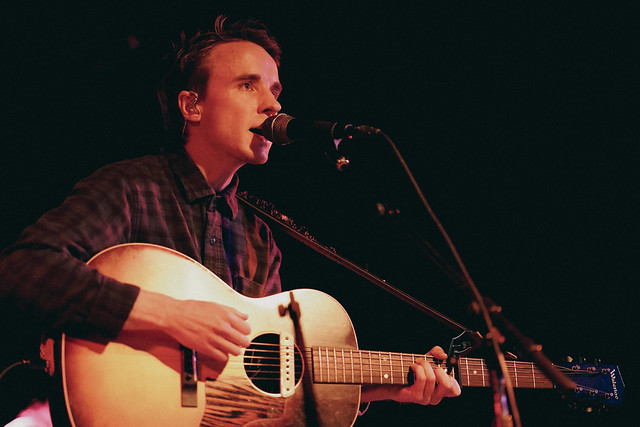 Andy Shauf leads his band in a performance at Black Cat on March 30, 2022. (Photo by Casey Vock)

When a musician is so particular enough about their sound as to be exact, it can be heard in their recordings. Translating that approach to a live performance should be appreciated and admired for the impressive feat that is.

After two previous attempts were simply not to be due to the pandemic and travel challenges, Andy Shauf finally returned the nation’s capital to appear at Black Cat recently for a tasteful and rewarding display of the unique and flawless brand of music that has made him a sensational figure out of Western Canada.

The soft-spoken native of Saskatchewan with cinematic songwriting savvy and dynamic instrumental know-how had been slated to play at Black Cat back in May of 2020, and then again in December of 2020, but of course those shows didn’t happen. Some folks had persevered through several rounds of ticket rollover with the hope of this show someday becoming a reality.

And so understandably, the room full of astute listeners was not only thrilled but seemingly relieved for Shauf to finally take the stage the night of March 30. Joined by what would show itself to be a world-class group of fellow musicians, Andy would let his songs do most of the talking in serving a delightful set pulling specifically from three albums, including his widely acclaimed 2016 release The Party as well as 2020’s The Neon Skyline and 2021’s Wilds.

With the smooth, careful beginnings of “Neon Skyline,” a track that actually made one of former President Barack Obama’s playlists in the summer of 2020, it became apparent the precise aim of the instrumentation. This effervescent and neatly constructed track spun toward a charming groove, creating the fabric support for Shauf’s pleasant, considerate tone that is simply without peer today.

Each accomplished and skilled professionals in their own rite, Phil Melanson (drums), Josh Daignault (bass), Chris Bezant (electric guitar) and Colin Nealis (keys/synth) showed incredible execution and tight accuracy alongside Andy in offering up delightfully inscrutable songs with rich character. And while there was no clarinet or sax for this show — Dan Pencer has been touring with this group but wasn’t on the roster in DC, and Andy didn’t bring his either — this squad would provide so much color and tone that the most critical fan might never know the difference.

And they’d have to be trusted musicians to be invited to make music alongside Shauf, who notably recorded his award-winning album The Party individually after auditioning a list of players but finally just doing it all himself. Having made his solo career after being the member of a Christian rock band named Captain, Shauf’s caution about his work and his control over the creative aspect of it have helped him evolve an appealing and even mystical identity that separates him from others who might play the same venues.

“Judy,” the opening track from Andy’s September 2021 release “Wilds,” heard dark, contrasting electric guitar and bass from Bezant and Daignault, respectively, to march this track into a velvety, swaying rhythm with a calling and a chorus with a hook. This song continues the saga of what he’s described in interviews as an archetype character, part of his spellbinding artistic vision that has formed a contextual link between his studio albums and the tales told within them.

Between songs, he finally opened up to engagement. A sense of humor as dry as you’d expect from north of the border, he asked the crowd: “Does anyone have any questions?”

He answered back with a made up, exaggerated height in the form of a question, the crowd in hysterics from the goofy nature of the exchange.

Shauf’s music has been labeled indie folk, indie pop and perhaps most intriguingly, jazz rock, and the room famed for its wild punk shows took on an aura of sophistication as Melanson — an animated and marvelous entertainer to boot — showed otherworldly drumming and noise-making abilities in tracks like “Where Are You Judy” from The Neon Skyline and “Spanish On The Beach” from Wilds.

An absolutely essential Andy Shauf piece, “To You” from The Party was convincing and deeply enthralling in its progression into an alternating rhythm as Andy’s narrative helped the room escape into the story he was telling. Here, Colin added a magnificent layer to the sound, and he supported Andy throughout the evening with his own distinct vocals — a subtle, but warm expression.

A gratifying, illusory set would ascend to a startling and gripping version of one of Shauf’s most streamed songs, “The Magician,” also from The Party. This piece’s opening section stepped methodically and with force, ringing together the instruments on stage with immaculate, seemingly organic timing.

Closing the set with his newest release, “Satan” was a stunning, eye-watering motif in its live version, built on acoustic strums and the delicate turns in his voice. The eerie and perplexing beauty of this arresting song seemed captured by a few striking lines in particular:

When he returned for his encore, alone, he was pelted with more questions, and of course, Judy was mentioned more than once.

“Judy’s not real,” he grinned to himself while twisting a tuning nut. It reaffirmed that in fact most or all of his song matter is fiction, but inspired by the events and the people in his own life — making it all that much more interesting to the ear and fetching to the curious mind.

And with his starkly gorgeous final song, Andy showed that, even when presented by himself, each of his songs can grow through a pitch perfect, cutting transmittal. His voice so absolutely fine-tuned, Andy’s lyrics had the undistracted attention of every ear in the Black Cat space:

“Martha’s thin / Pretty just like you / I held her close / Like I held you … Martha sways / And I follow suit / She fills my glass / And I toss it back / Into the space that once held you.”

Long overdue but well worth the wait, Shauf’s performance last Wednesday at Black Cat was an amiably mysterious visit from one of Canada’s most definitive voices and one of today’s most vigilantly thoughtful musicians.

Here are images of Andy Shauf as well as the night’s opener, Helena Deland, performing at Black Cat in Washington DC on March 30, 2022. All photos copyright and courtesy of Casey Vock. 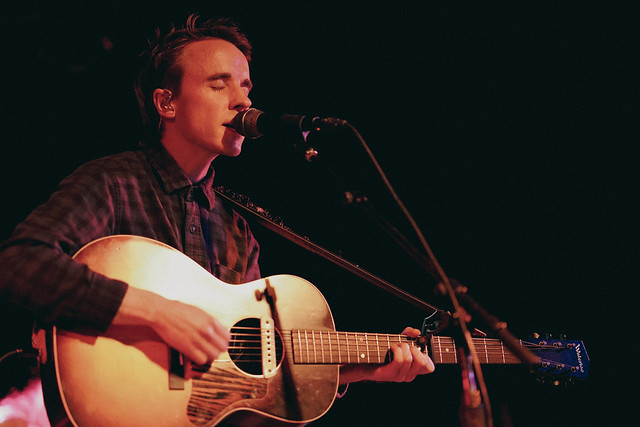 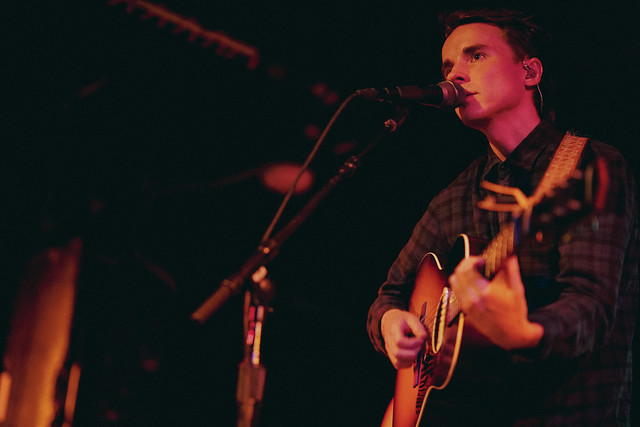 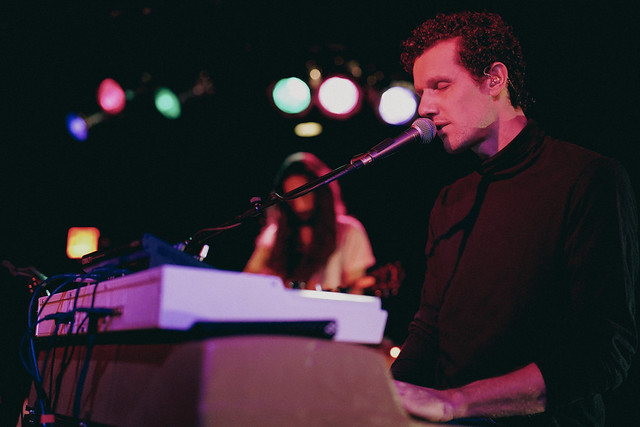 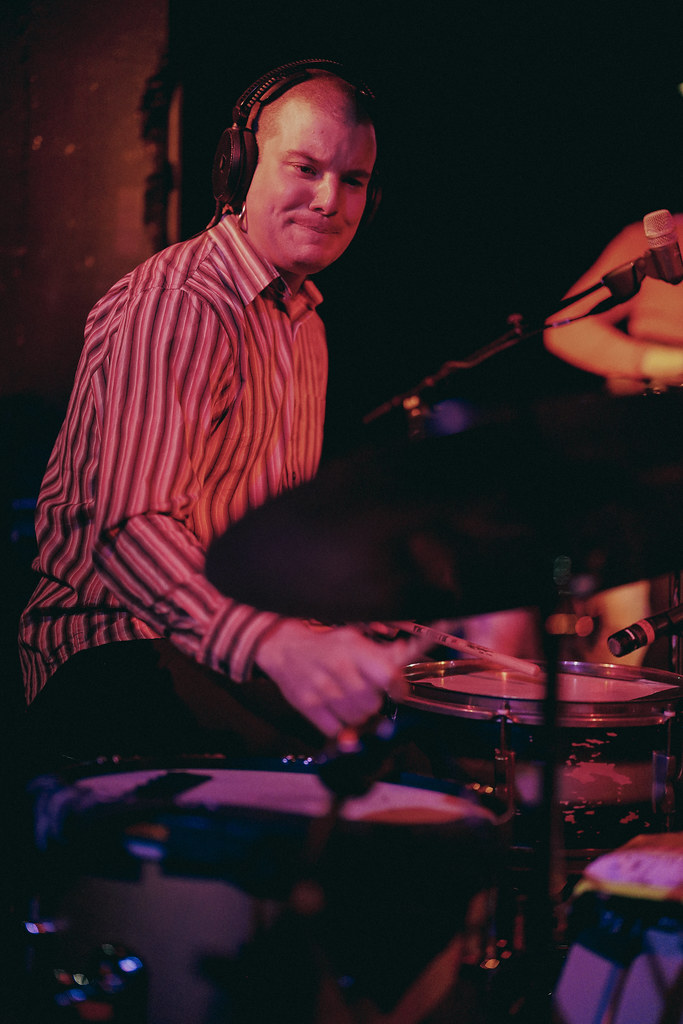 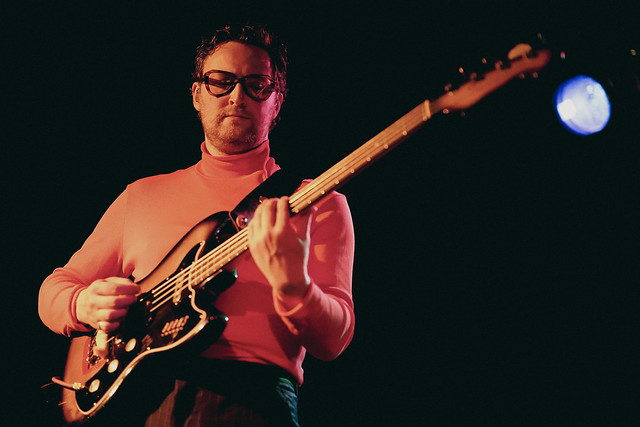 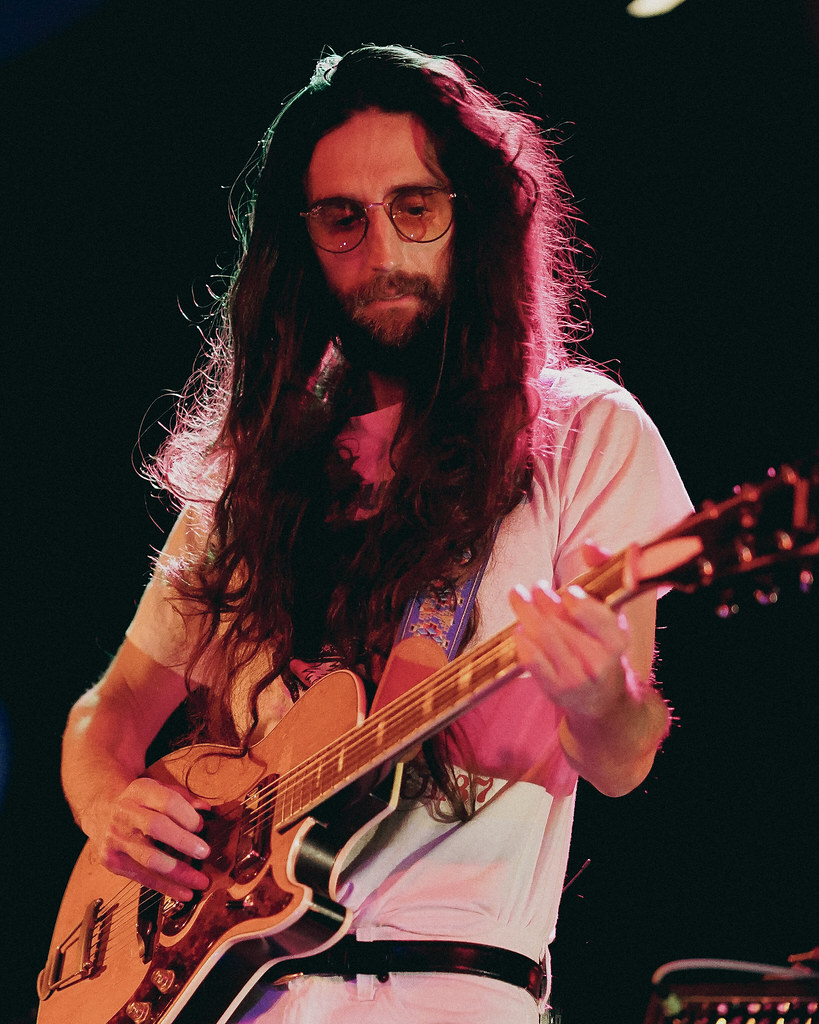 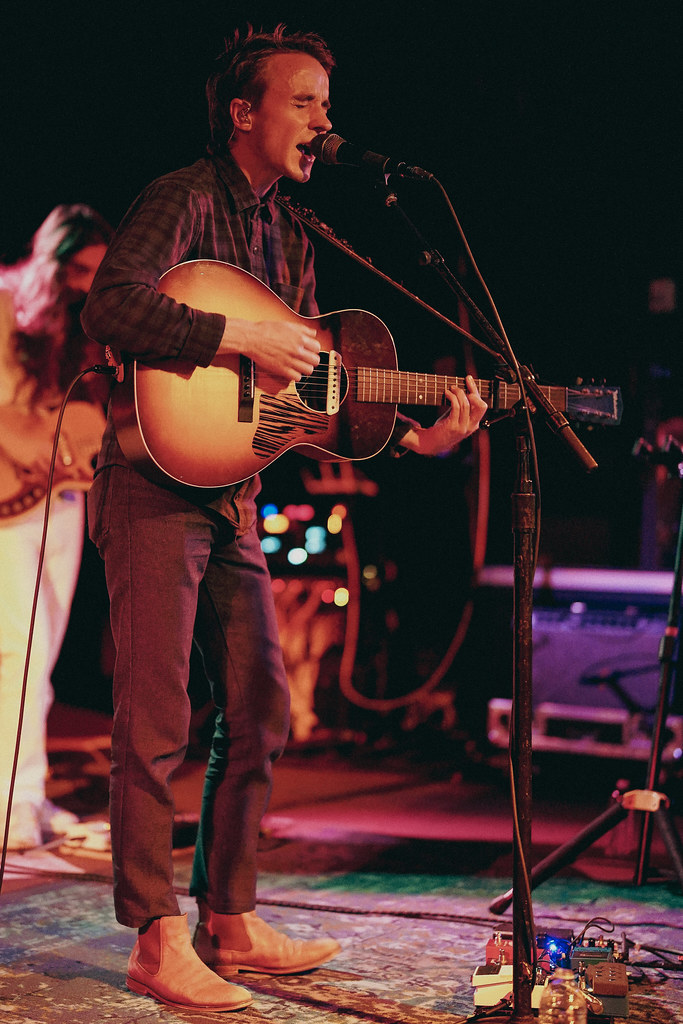 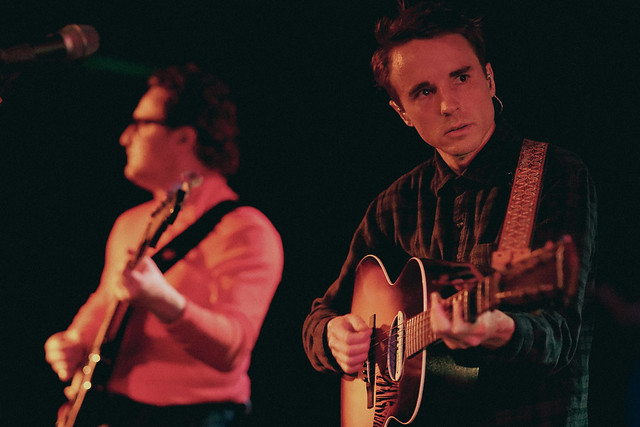 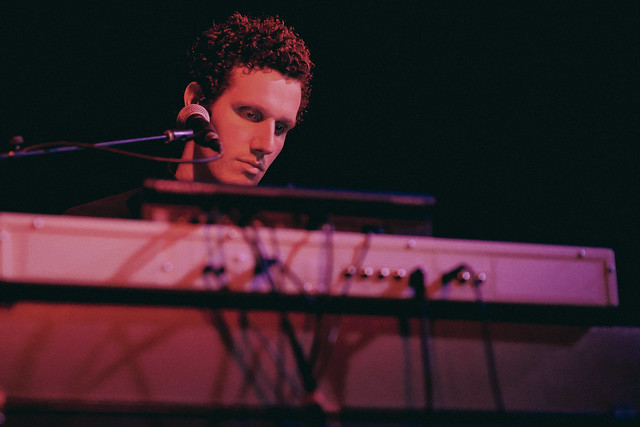 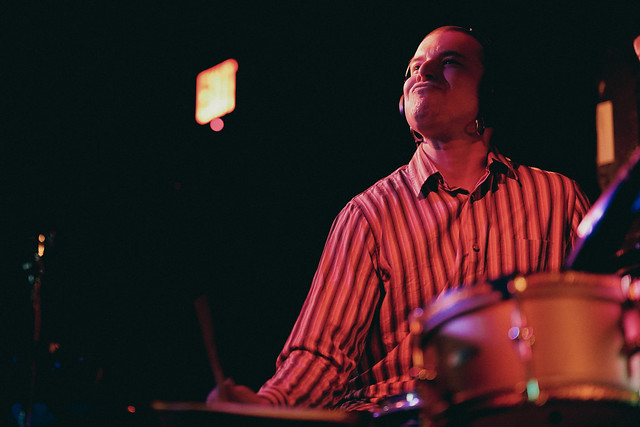 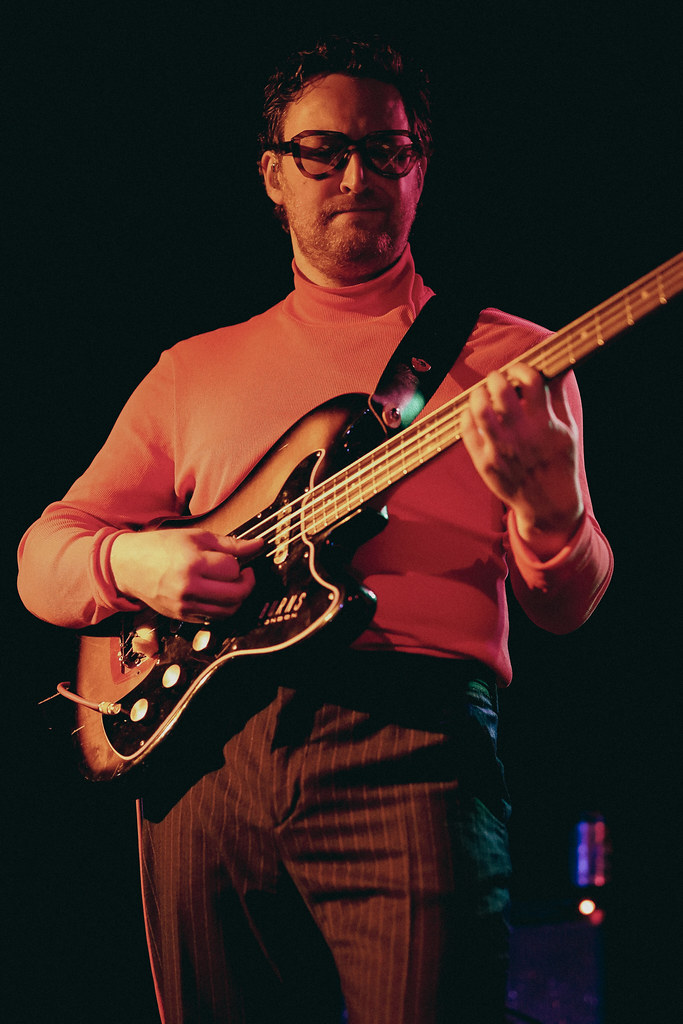 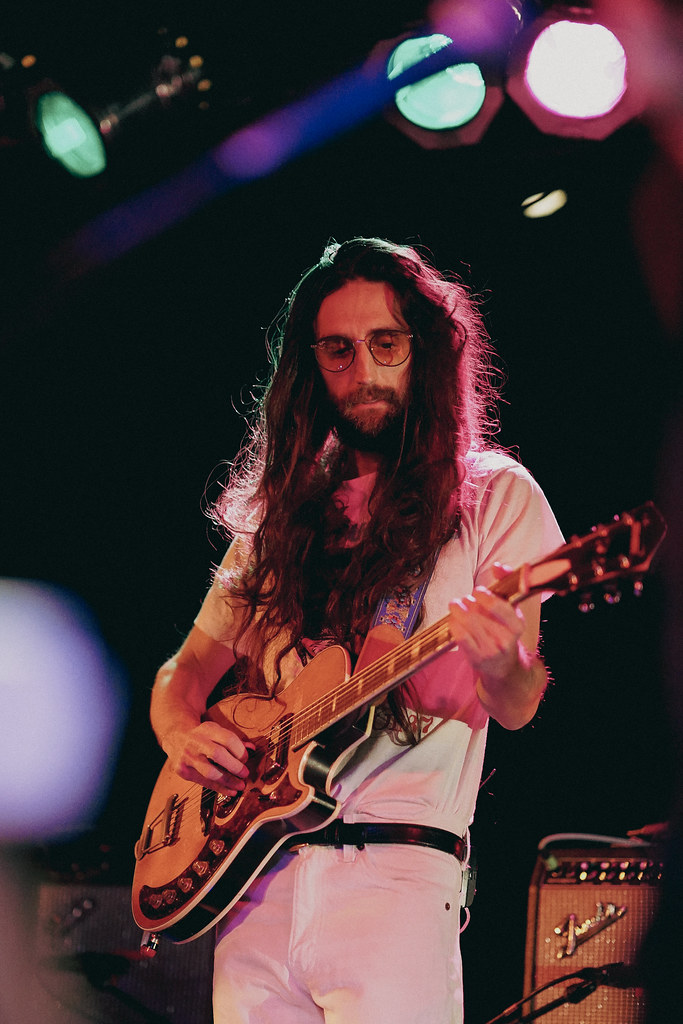 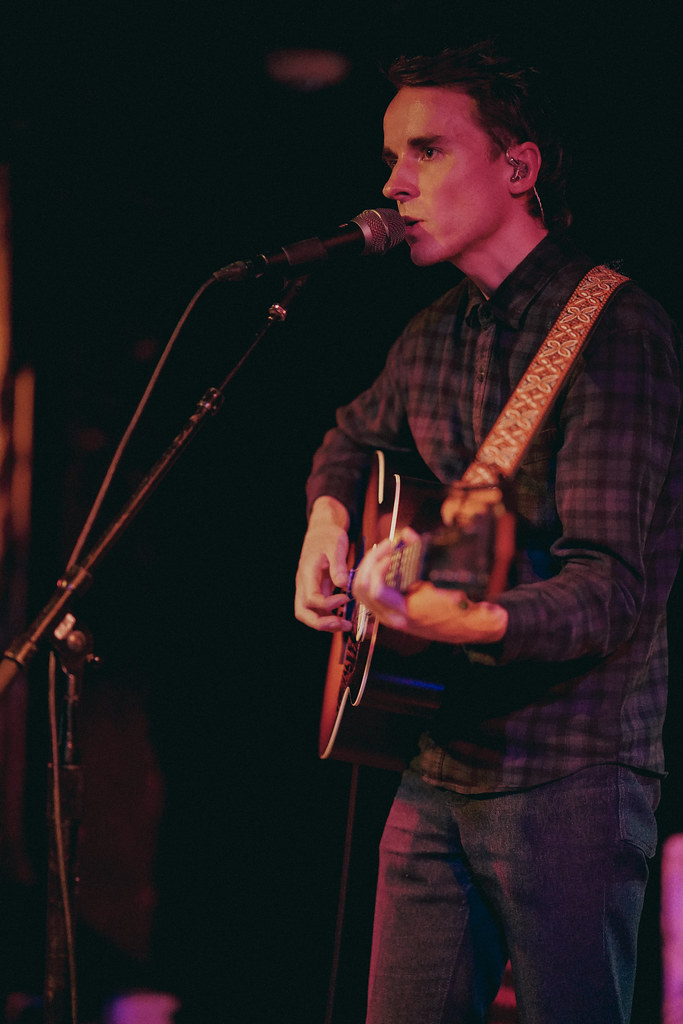 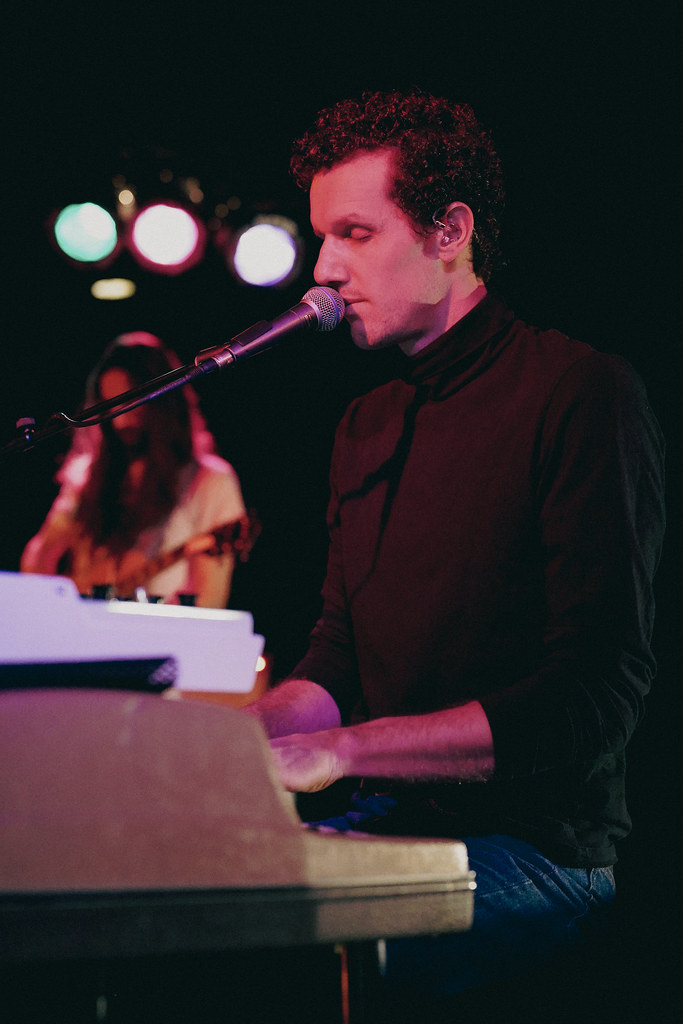 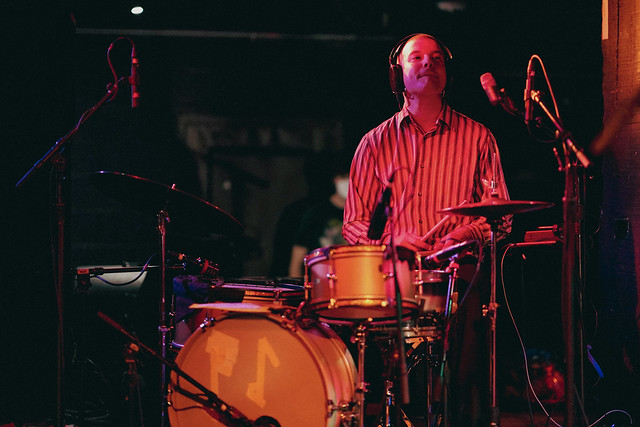 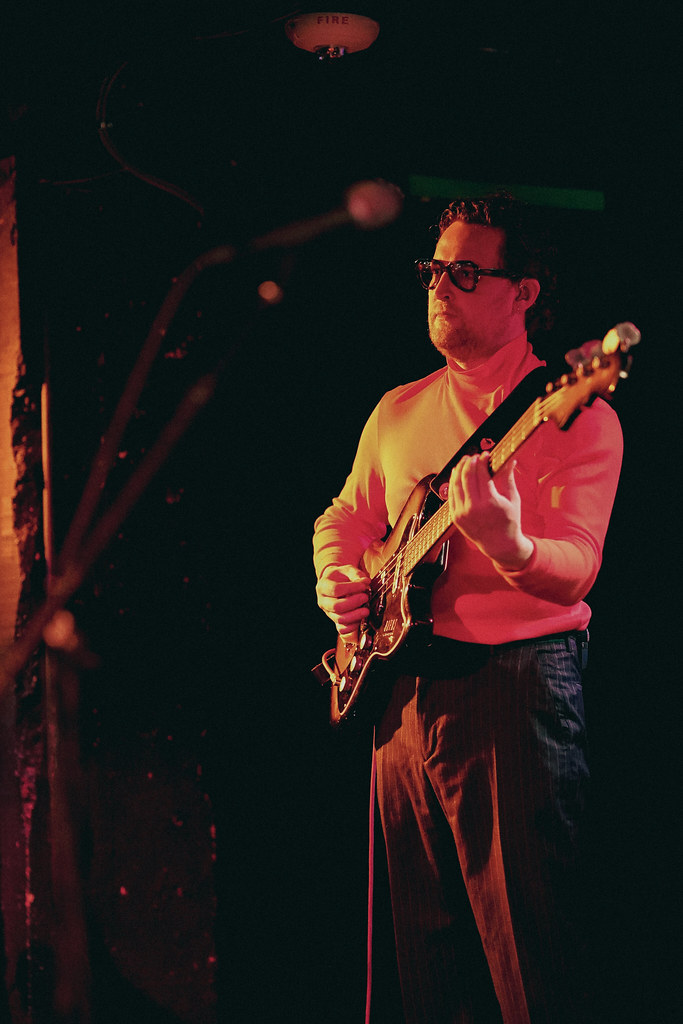 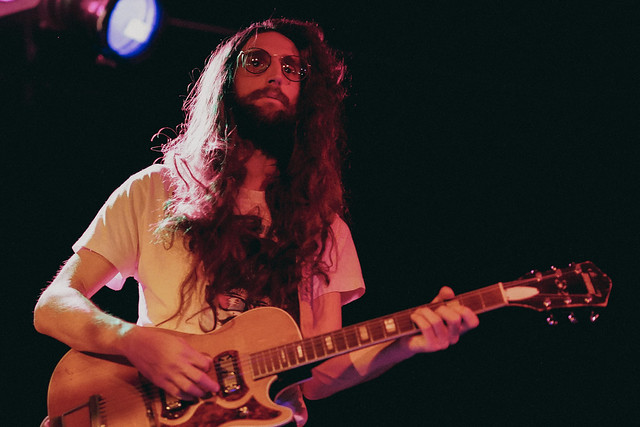 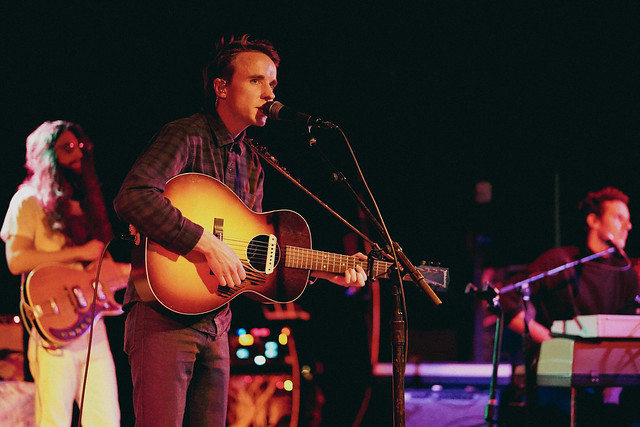 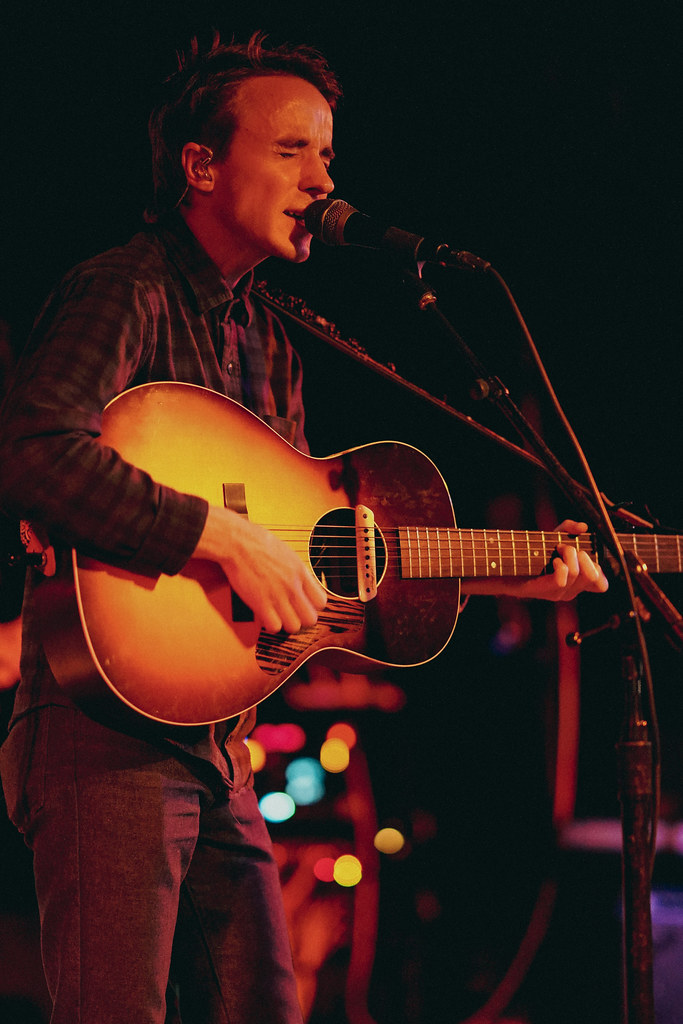 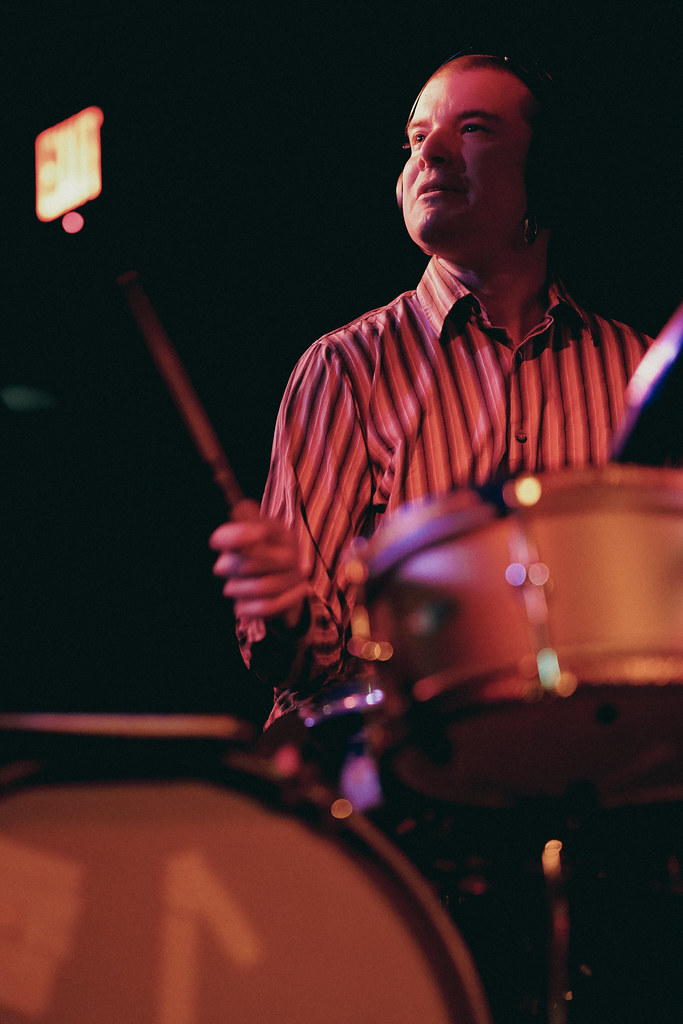 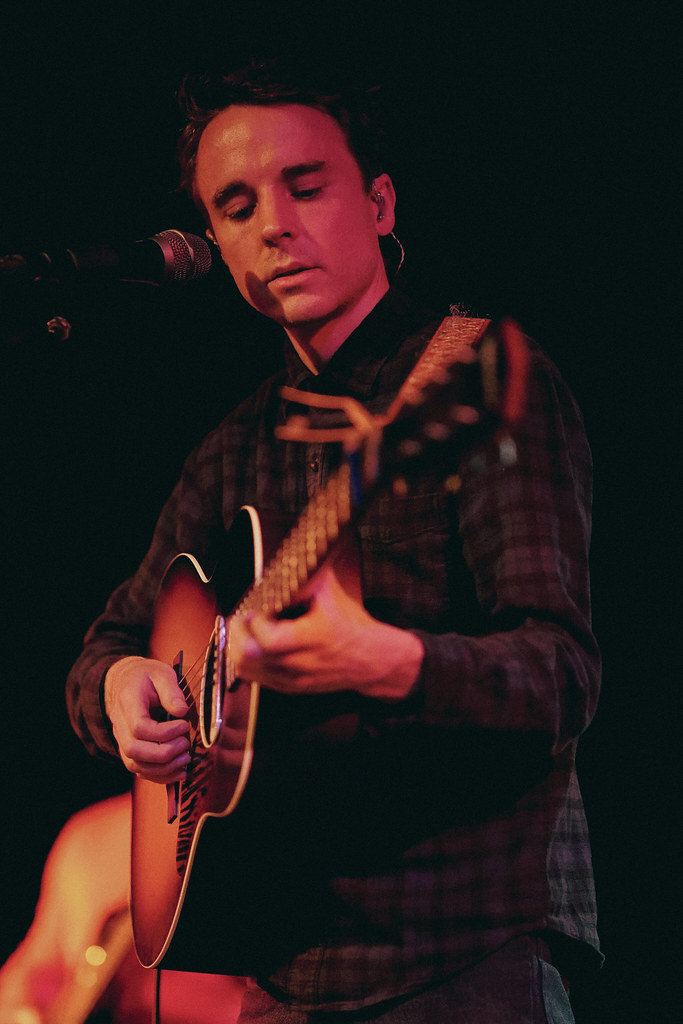 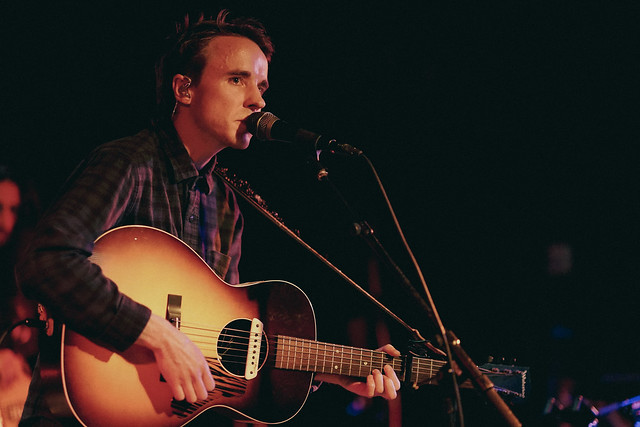 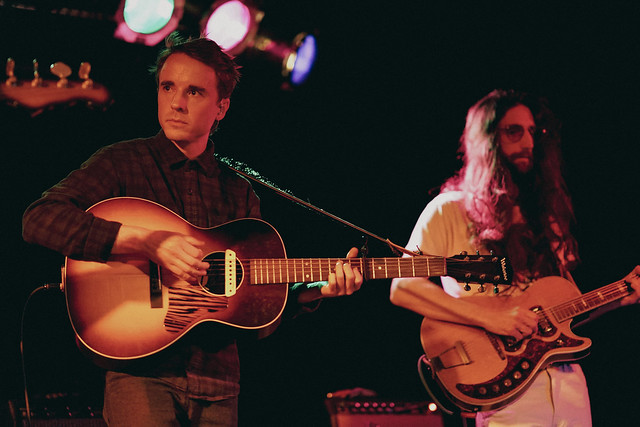 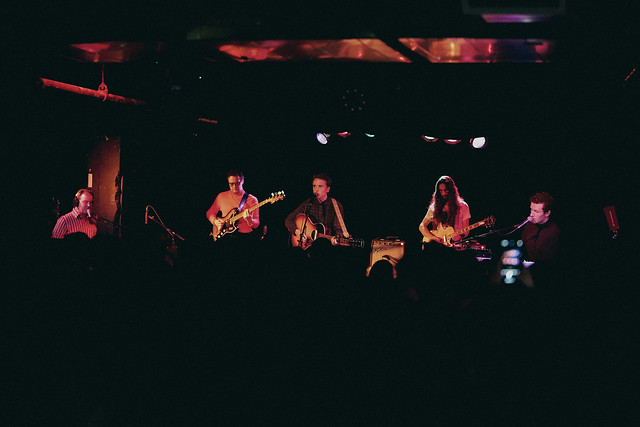 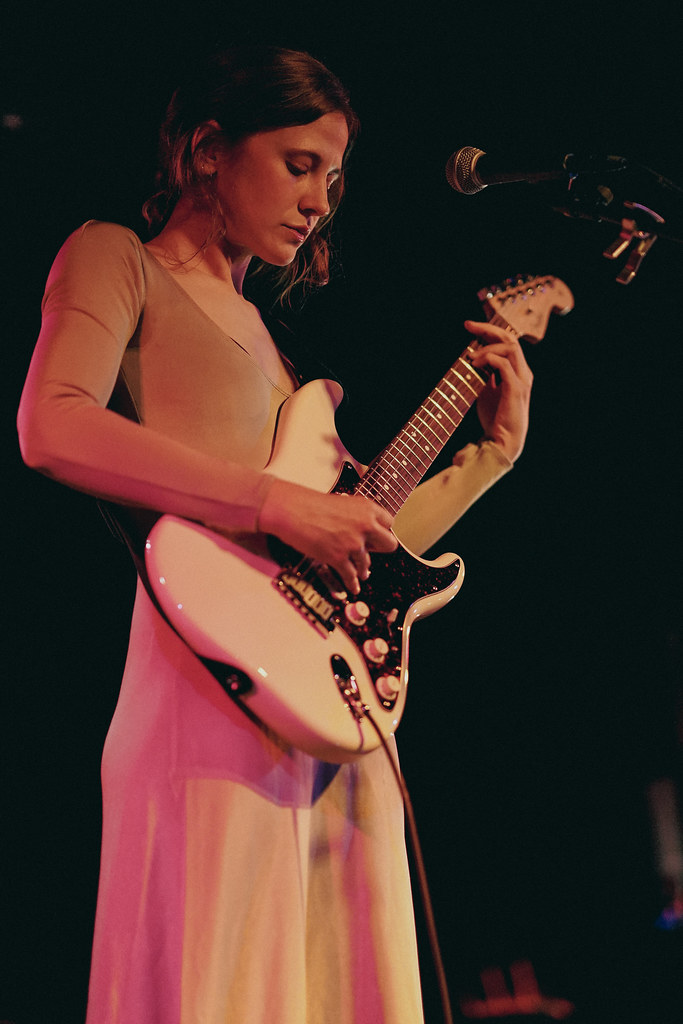 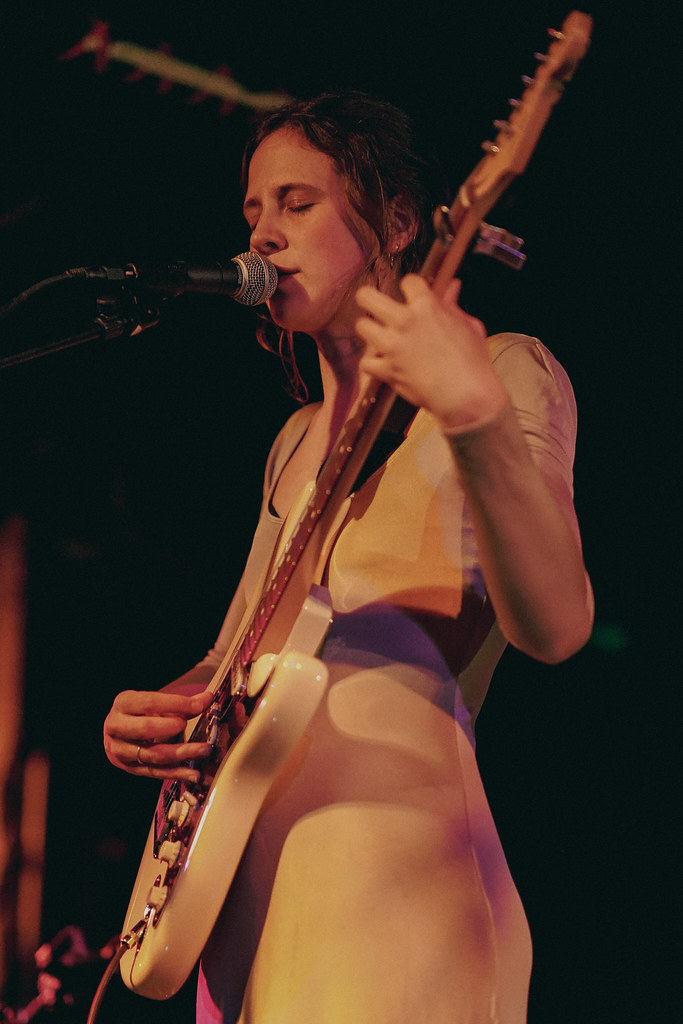 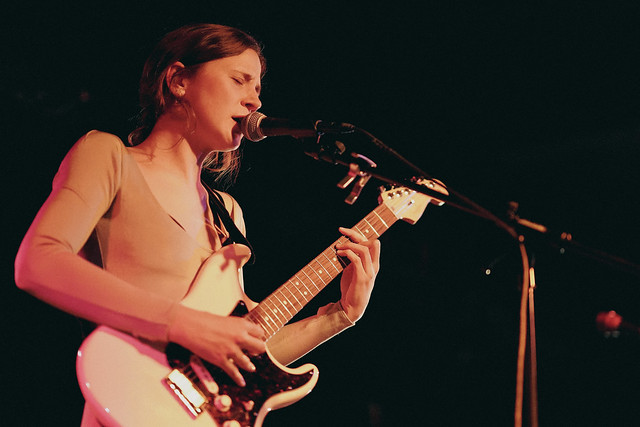 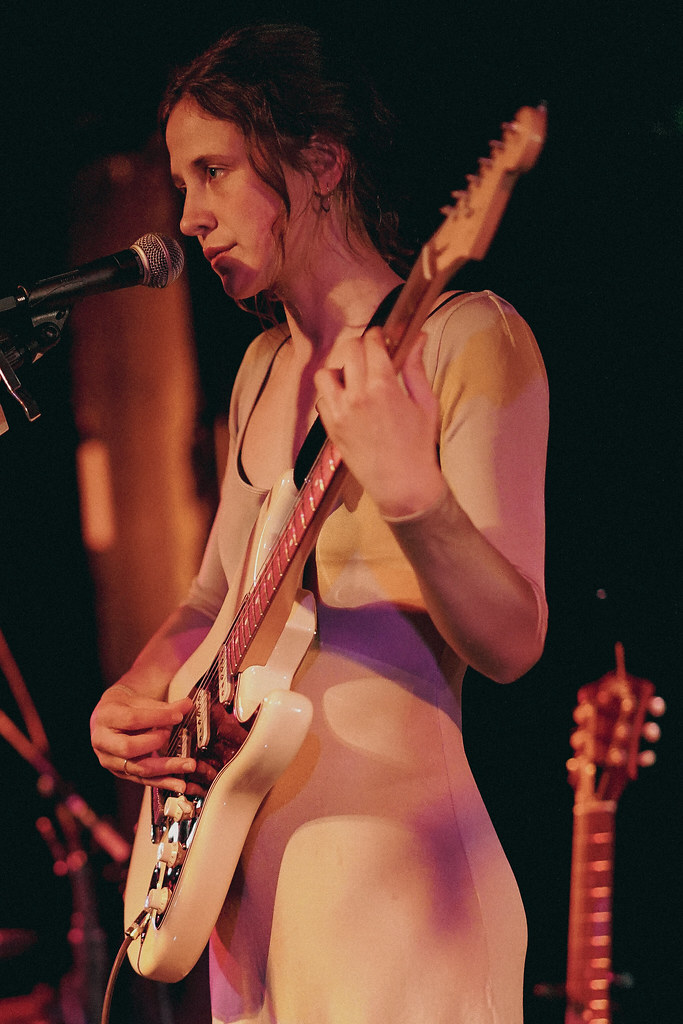