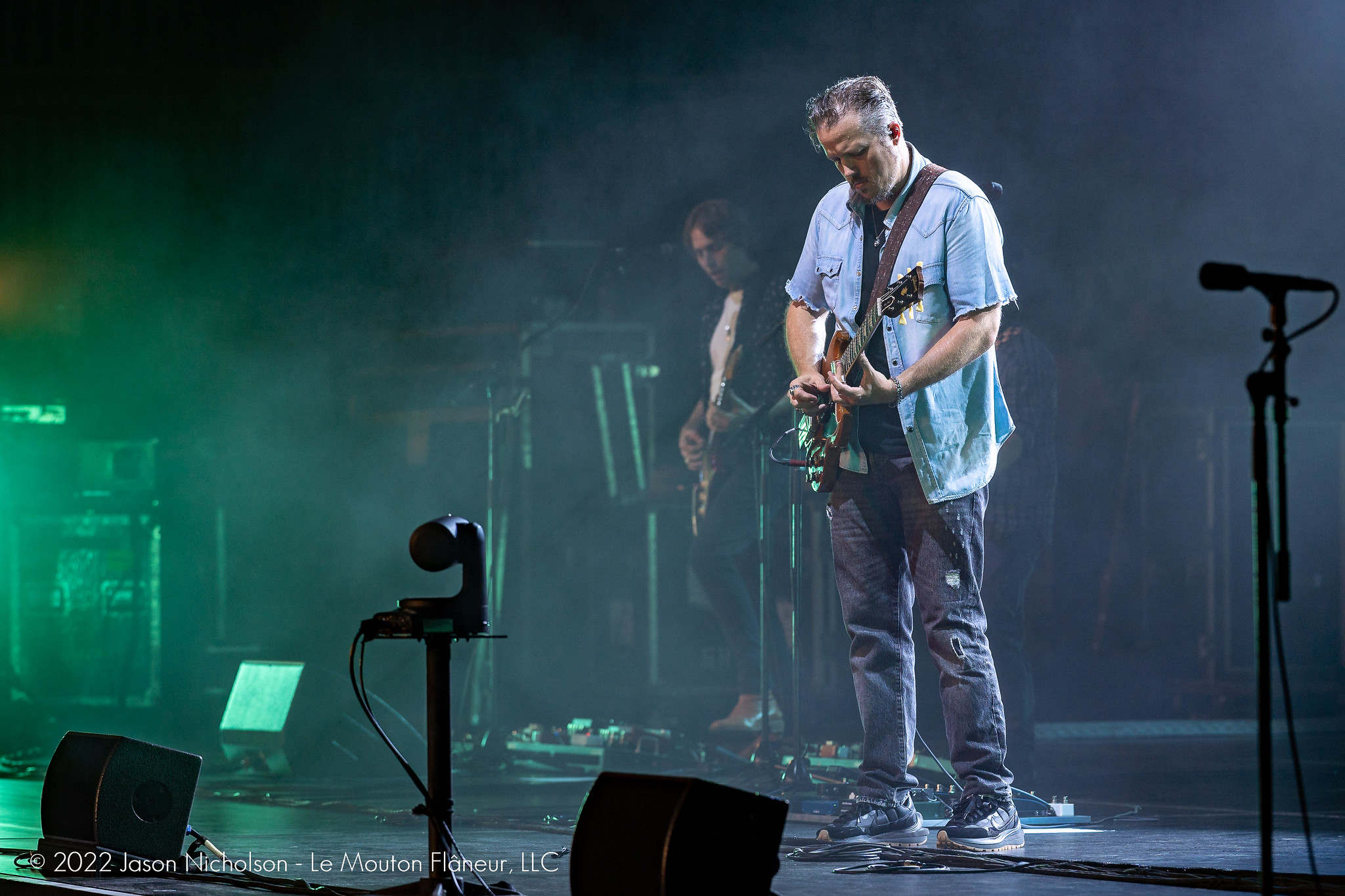 In the new documentary about Sheryl Crow, Jason Isbell credits the singer-songwriter as an inspiration, not only as a musician, but as a person. The two shared a bill in twin nights at Wolf Trap recently in a celebration of generations of rock and roots music.

Earlier on the first of those nights, June 16, it rained in Vienna, Virginia, prior to the show, making the evening cooler, if typically humid for the area in the summer. During his set, Isbell mentioned how, one time, at the Hot August Blues Festival in Baltimore, he came out in the sweltering heat and fainted, and was woken by people splashing cold water in his face. In comparison to that very hot August night, this relatively mild mid-June date was quite pleasant; he called it “nice.” And it was.

Opening act Waxahatchee began the evening with a 40-minute set. Fronted by singer-songwriter Katie Crutchfield, the project began as lo-fi recordings she made with her sister, but it has evolved into a full-band project more in line with the Americana genre with her latest release, 2020’s Saint Cloud. An expanded release included covers of Lucinda Williams, Bruce Springsteen, and Dolly Parton’s “Light of a Clear Blue Morning,” which closed the set. The set began with the first track from that LP, “Oxbow.” Most of her set was drawn from this album: “Can’t Do Much,” “The Eye,” Lilacs,” “Witches,” “Fire,” “Ruby Falls, “Hell,” and the title cut.

After a 20-minute intermission, Jason Isbell and his band, the 400 Unit, took the stage. They released their latest album of original material, Reunions, in 2020, and they began their set with the LP’s lead track, “What’ve I Done To Help.” They later revisited this record by playing two additional cuts, “Dreamsicle” and “Overseas.”

I specifically said that Reunions was their last album of original material, because last year they released Georgia Blue, an album of covers dedicated to the songs and artists of the Peach State. The album was a celebration of Georgia casting its electoral votes for Joe Biden in the 2020 election and electing two Democratic senators; profits from the album were donated to progressive political organizations. Sadler Vaden, who plays guitar in the 400 Unit, sang lead on “Honeysuckle Blue,” a song by Drivin N Cryin, a band he played with earlier in his career.

With his latest album of original material now more than two years old, most of Jason’s set consisted of his extensive back catalog: The title cut of 2015’s Something More Than Free was followed by another cut from the album, “24 Frames.” He played the first track of his breakthrough album, Southestern, “Cover Me Up,” which deals with gaining sobriety,” as well as “Super 8.” “Alabama Pines,” off of Here We Rest, was the sole track from his first three albums. “Last of My Kind” and “If We Were Vampires” came from his 2017 album, The Nashville Sound.

Watch the official music video for “If We Were Vampires” by Jason Isbell and the 400 Unit on YouTube:

Jason finished his set with a cover of Fleetwood Mac’s “Oh Well,” which he dedicated to his daughter, who was with him.

For the last set of the evening, Sheryl Crow performed for a 75-minute set. Sheryl’s set was heavy on her big hits; her latest album, the collaborations collection Threads, came out in 2019, and she is not making albums now. That was just fine with me, as Sheryl’s songs have been a big part of my adolescence and adulthood. Tuesday Night Music, her debut LP from 1994, was one of the first CDs I ever bought, and I feel pretty good about my taste as a teenager.

That album was well represented with the Grammy-winning “All I Wanna Do,” “Strong Enough,” and “Leaving Las Vegas.” The last, she mentioned, was her first single. She recalled how, when it was released, she and her band toured, for some reason, in just Colorado and France. She still knows how to work up a crowd, and she had everyone clapping along to that song.

As good as Tuesday Night Music Club was, the self-titled follow up was even better, and hearing those songs again reminded me of that. The set get off to a rousing start as the crowd sang along to “If It Makes You Happy,” and, for her encore, she ended on a banger with “Everyday Is A Winding Road.” In between, she also treated to the crowd to “A Change Would Do You Good.”

Watch the official music video for “A Change Would Do You Good” by Sheryl Crow on YouTube:

The remainder of the set was eclectic: The sole cut from her third album, The Globe Sessions, was “My Favorite Mistake.” “Soak Up The Sun” came 2002’s excellent C’mon, C’mon. “Real Gone” came from the soundtrack to the movie “Cars.” “Cross Creek Croad” is off the Threads album, and was recorded with Lukas Nelson. The set had two covers: Bob Dylan’s “Everything is Broken,” which she performed with Jason Isbell, and Cat Stevens’ “The First Cut Is the Deepest.”

Sheryl didn’t talk a lot between songs, but she did make one explicitly political comment, when she said how, when she was growing up, she “didn’t have worry about getting shot at school.”

It’s been almost 20 years since I saw Sheryl at the Austin City Limits Festival in 2004. Her voice has changed a bit, though it still sounds great. If you like rock music, you have to appreciate what she’s been doing for the last two decades.

The evening had wonderful continuity: Just as Jason acknowledges Sheryl as an influence, Katie Crutchfield of Waxahatchee hails Jason as an influence. With a long career yet ahead of the Alabama native, that influence could continue to stretch decades into the future.

Here are some photos of Waxahatchee performing at Wolf Trap on June 16, 2022. All photos copyright and courtesy of Jason Nicholson. 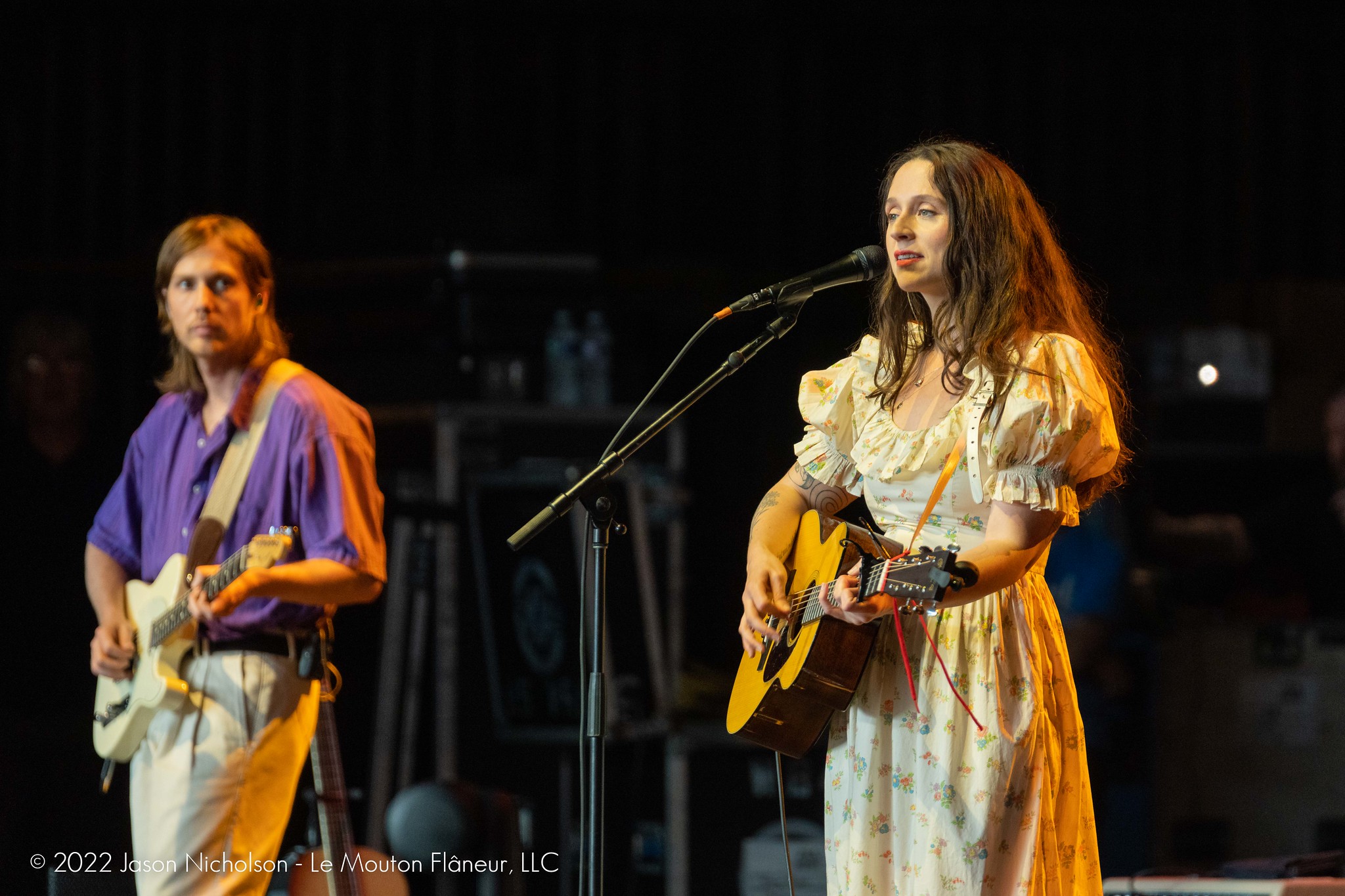 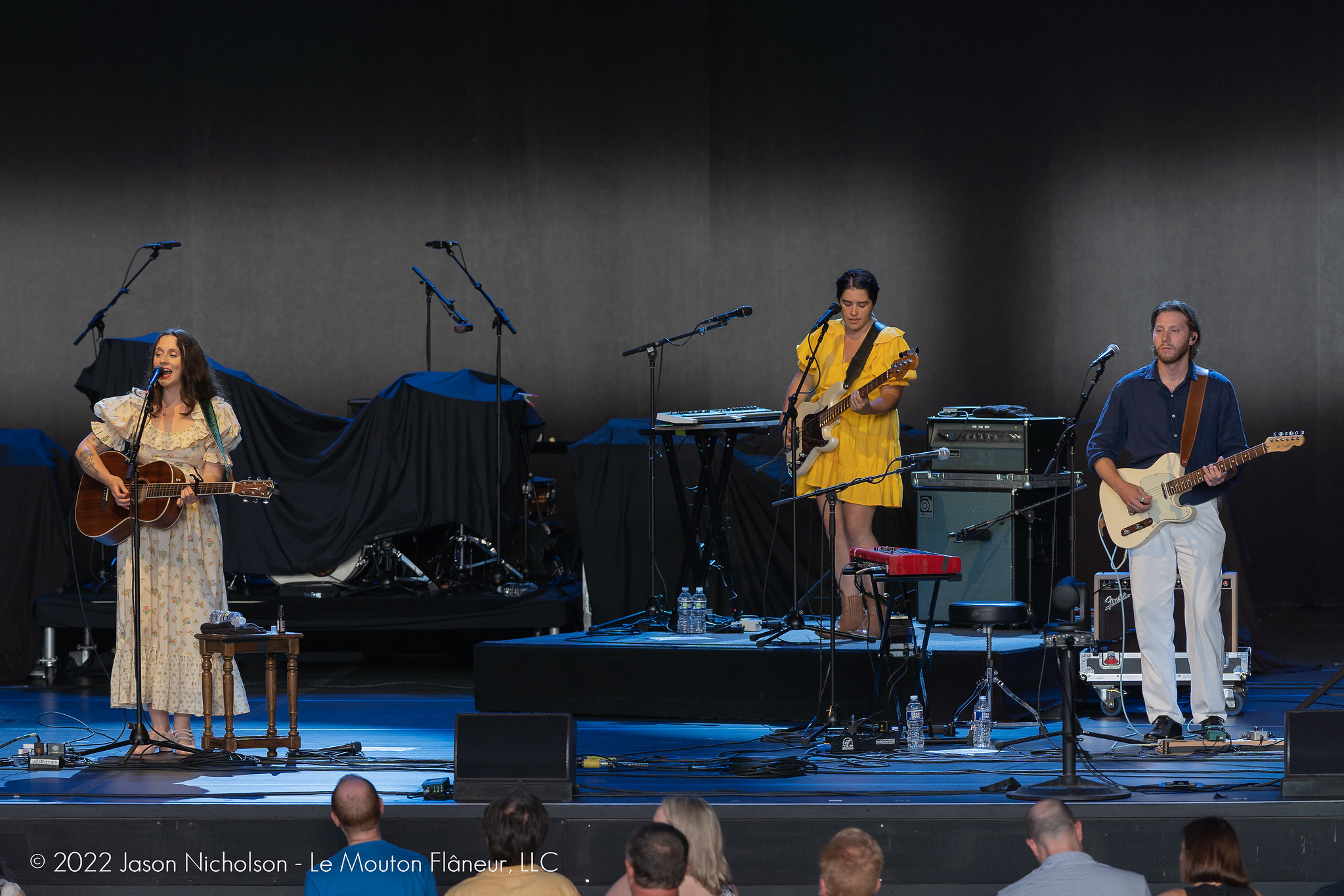 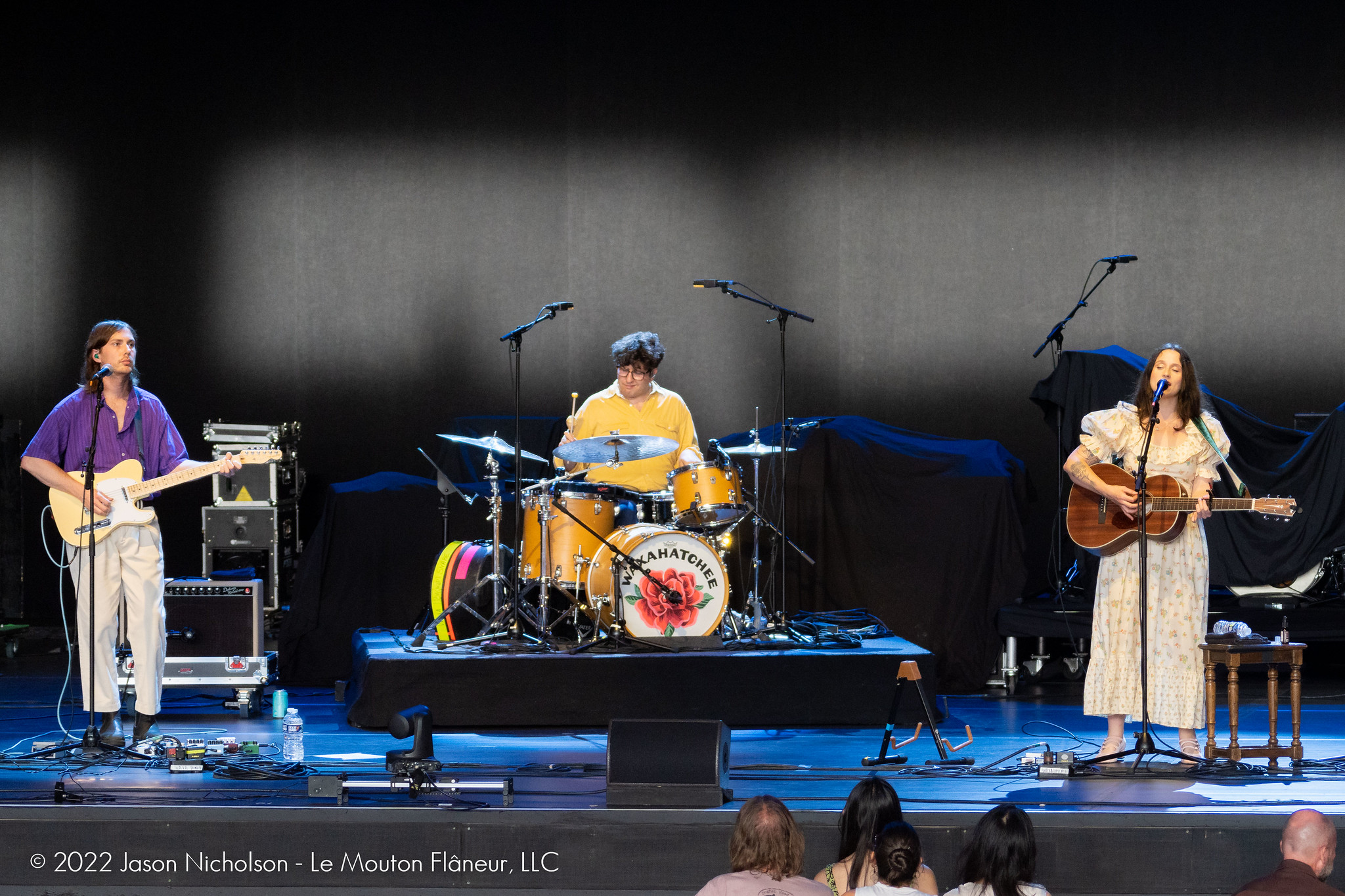 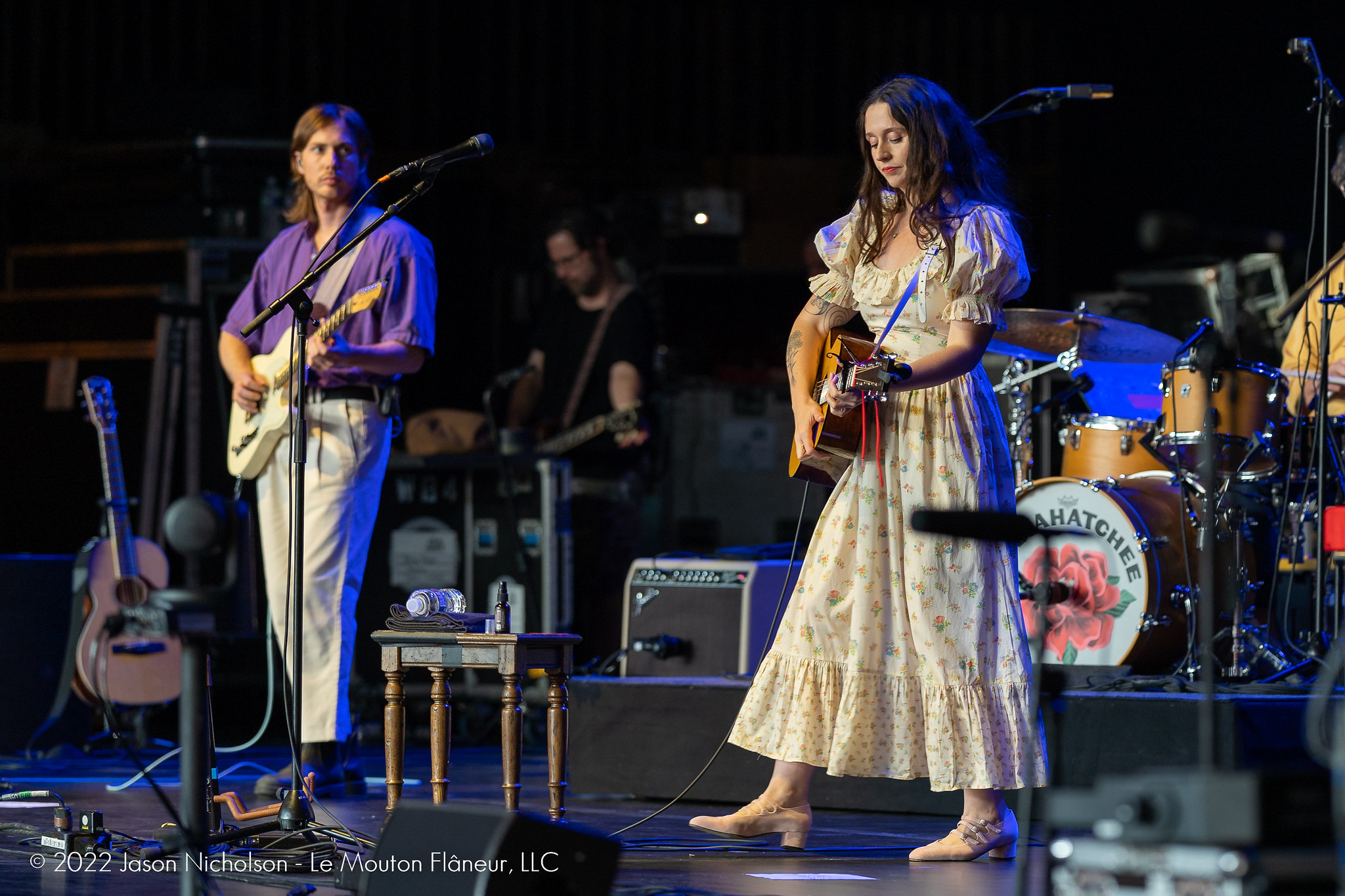 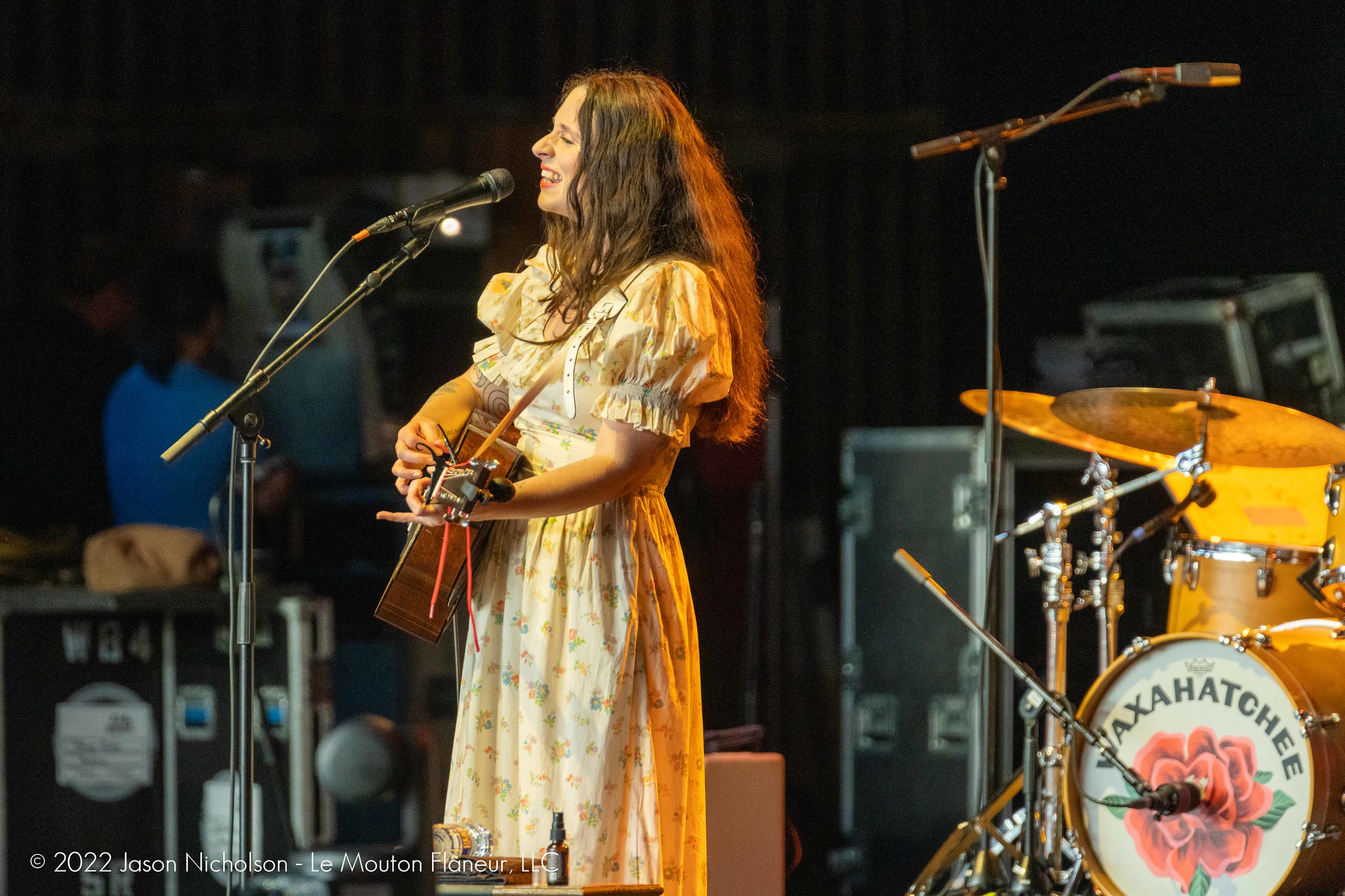 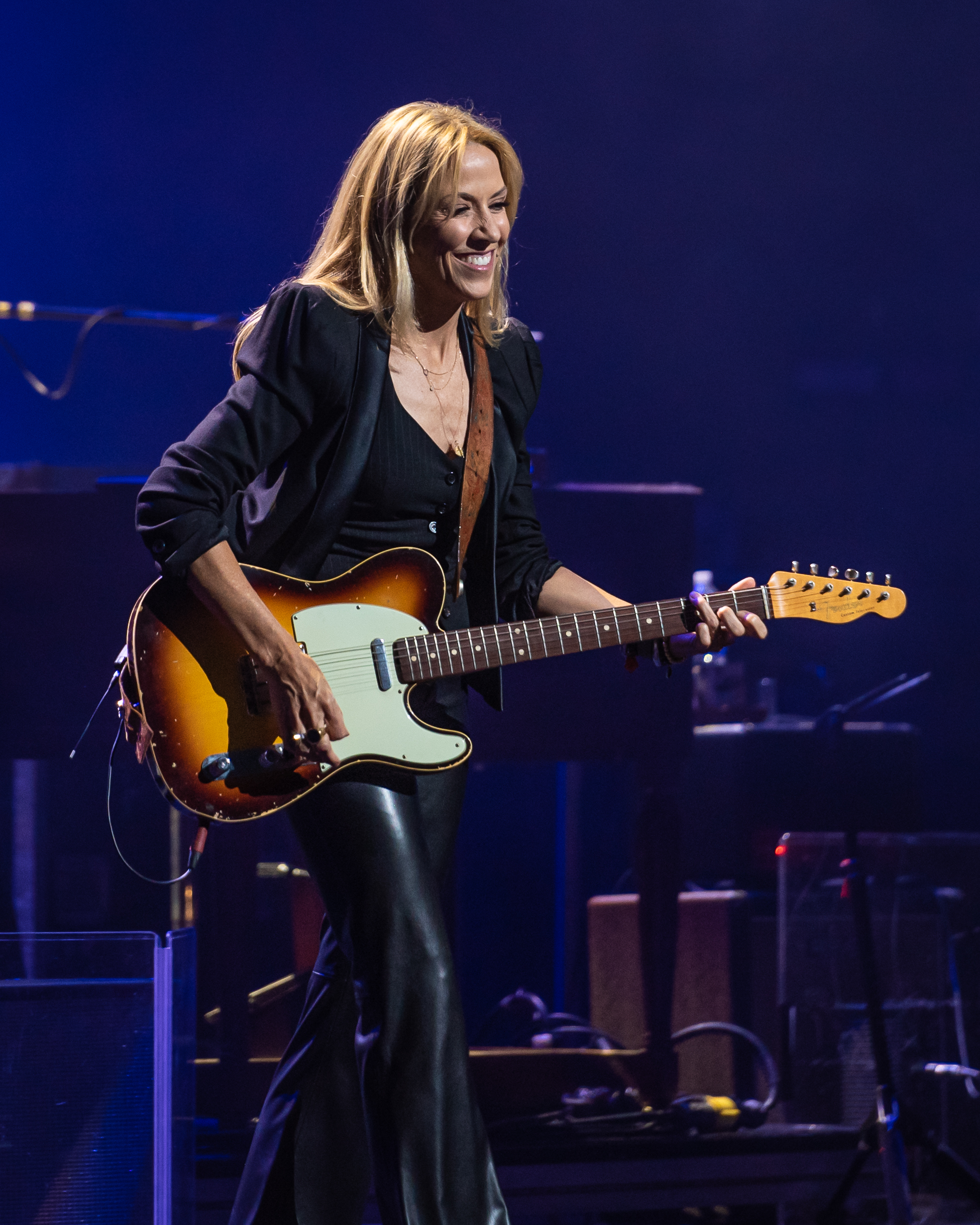 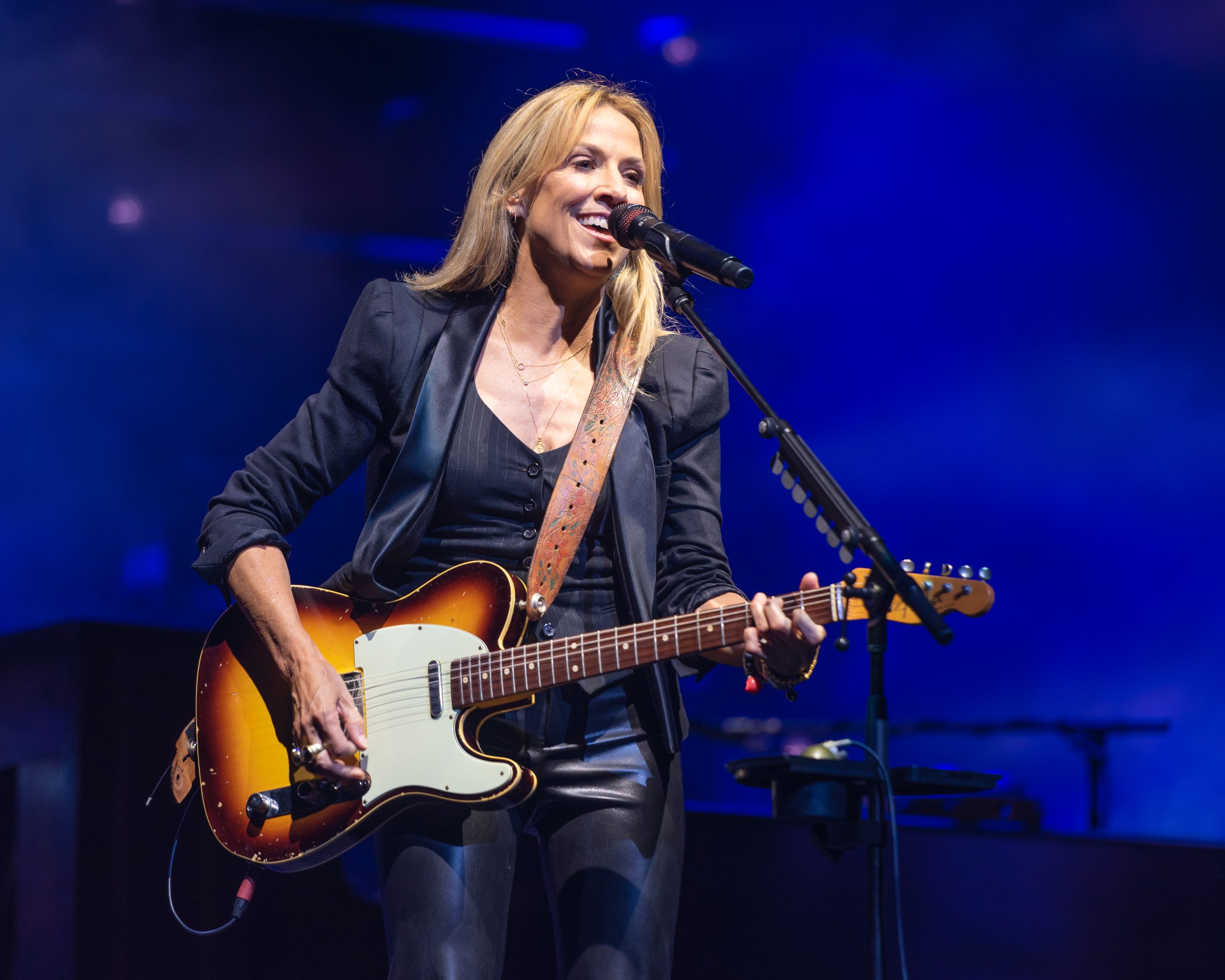 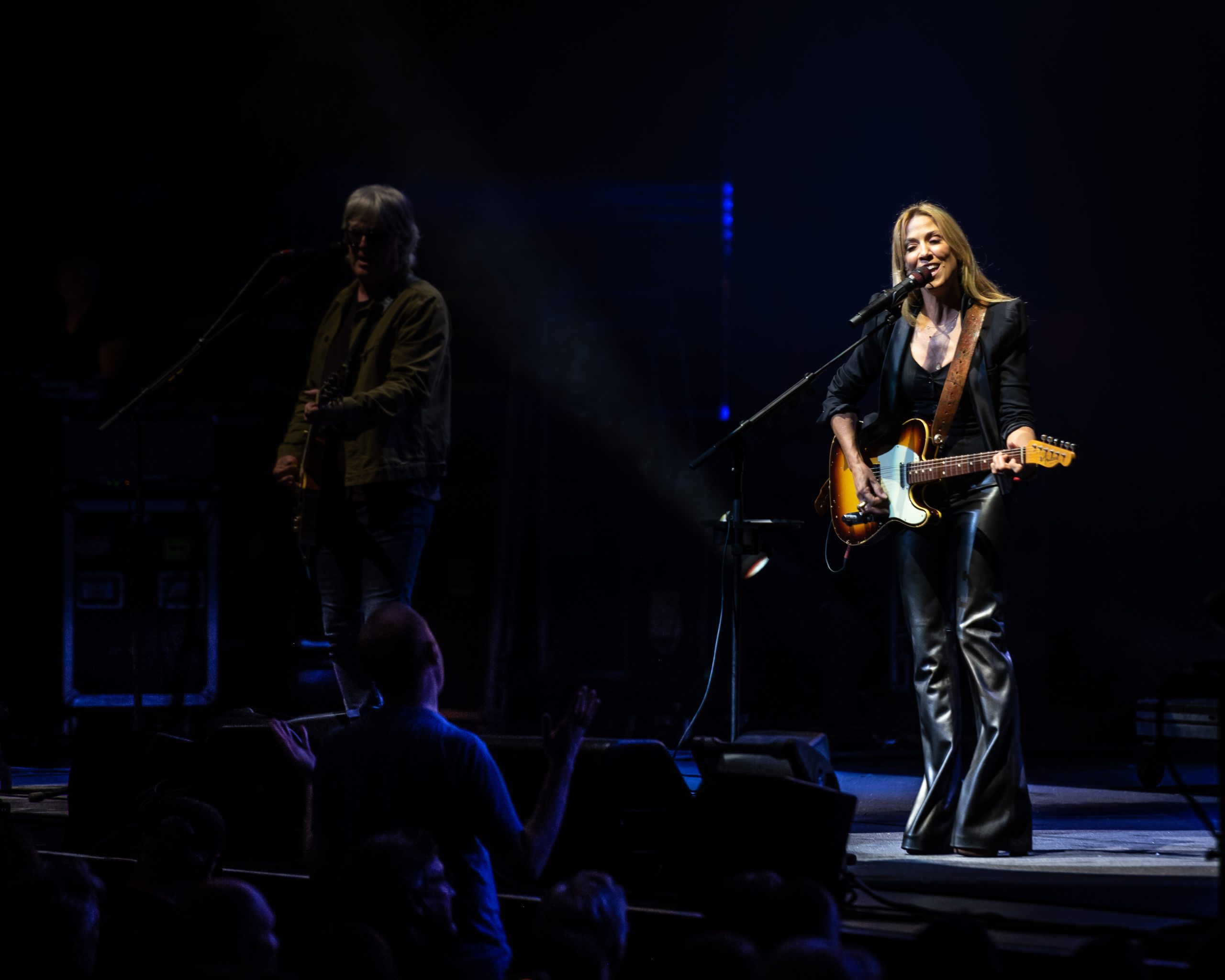 Here are some photos of Jason Isbell and the 400 Unit performing at Wolf Trap on June 16, 2022. All photos copyright and courtesy of Jason Nicholson. 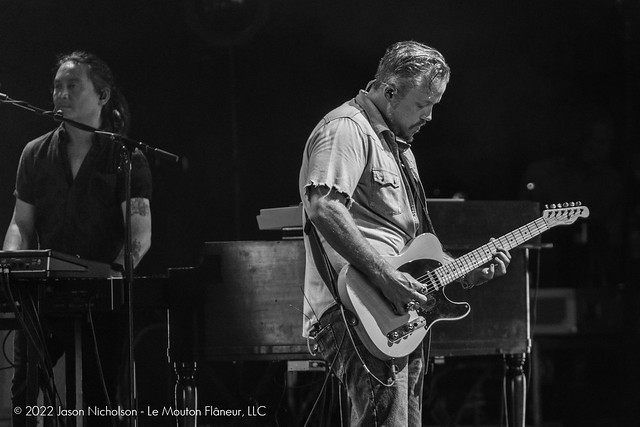 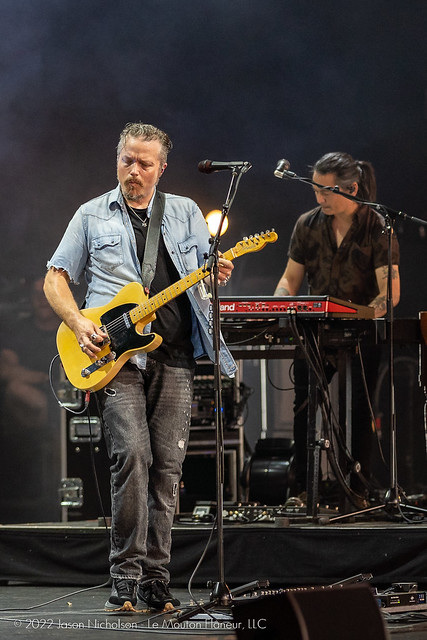 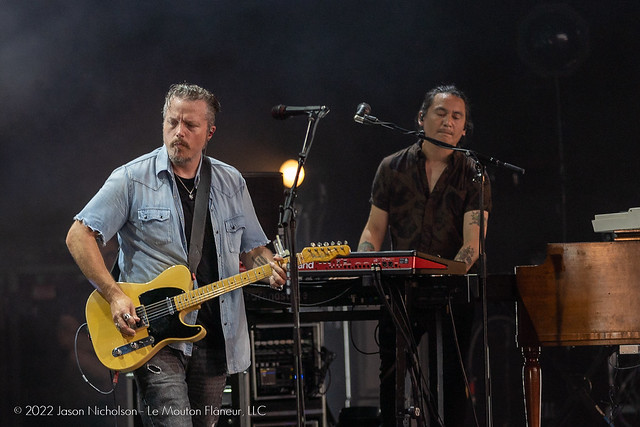 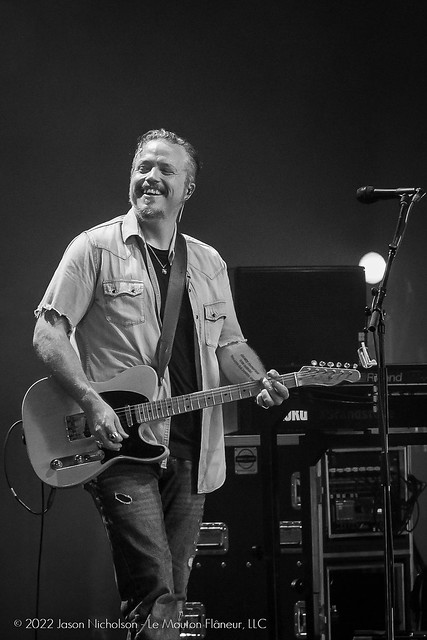 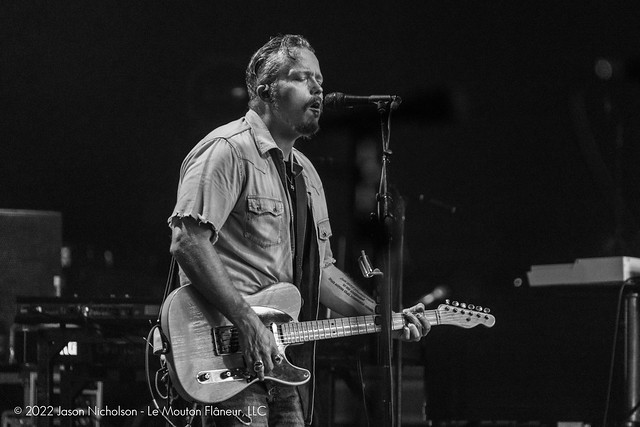 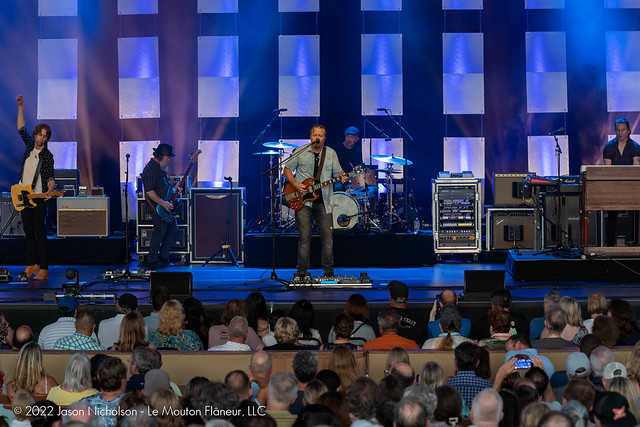 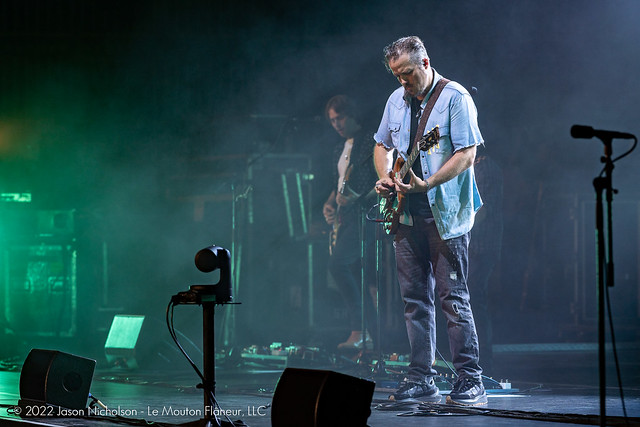 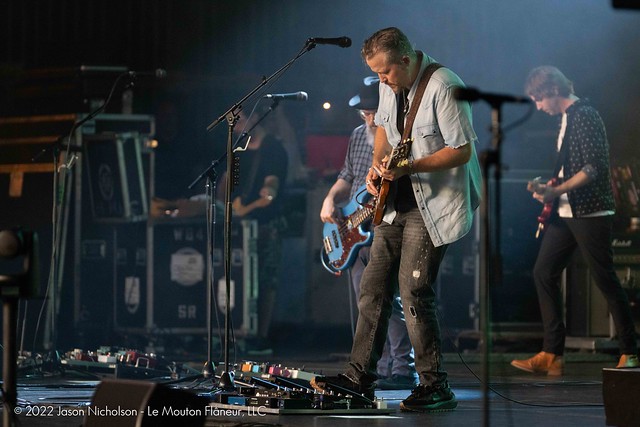 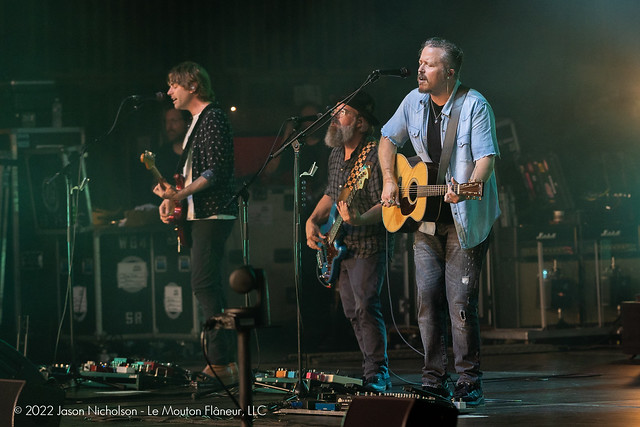 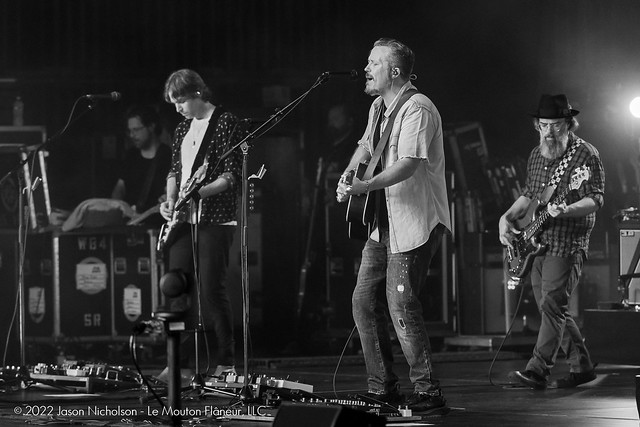 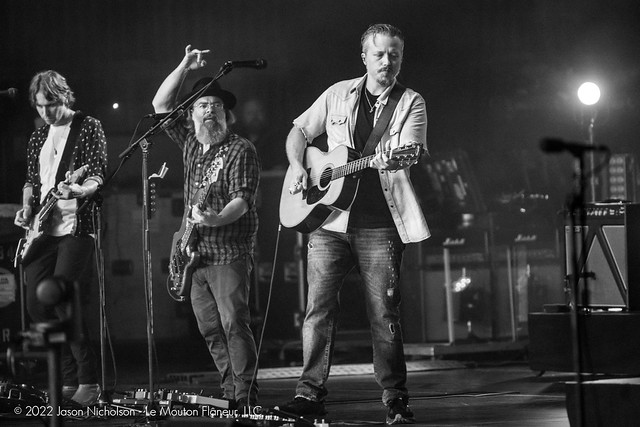