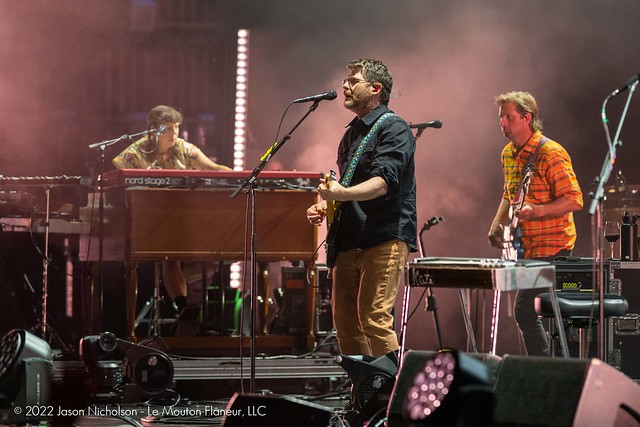 The Decemberists perform at Wolf Trap on Aug. 24, 2022. (Photos by Jason Nicholson)

“Never applaud a guy putting on a harmonica,” The Decemberists frontman Colin Meloy joked as he prepared for “Down By The Water” near the end of their set at Wolf Trap recently. It was the indie-meets-folk-rock band’s first time at the venue, which Meloy repeatedly referred to as “The Trap.” Reflecting on this verbal tic, he pondered, “Does anyone call it ‘The Trap?'”

To answer his question, I don’t know I’ve ever heard it said out loud. I’ve definitely thought of both the larger national park and the music venue itself as ‘The Trap,’ but it’s not something I’ve said.

This kind of reflection and meta-commentary is a big part of Meloy’s charm. He has a distinct persona as a likable intellectual, the type who reads a lot, is a thinker, definitely quirky. His personality shown through his discussion of his music at The Trap on Aug. 24.

“The Sporting Life,” he said, is definitely “not about the 1984 YMCA soccer season in Helena, Montana — ” his hometown. Meloy, who studied English and Theatre at the University of Oregon for two years before returning to his home state and graduating with a degree in creative writing from the University of Montana, has one of those distinctively northwestern personalities.

Meloy’s creative writing background really shows up in the story songs the band specializes in. “The Crane Wife,” adapted from a Japanese folktale and told from the perspective of the titular character’s husband, is about a woman who transforms, magically, into a crane, and uses her feathers to provide for their fortune, albeit to her demise. Meloy has adapated folktales from Eastern Europe, like the medley of “Rusalka, Rusalka/Rusalka of the Wild Rushes,” about a siren-like creature that lures a man to a watery grave.

As that description of their folktale-inspired songs suggests, there’s a certain sadness to The Decemberists songs. “Sucker’s Prayer,” Meloy declared, goes straight at that, while “Calamity Song” is “about the end of the world.” “The Wanting Comes In Waves” and “Severed,” played together, were a nice emotional pairing. On the other hand, it has a decent beat and it’s catchy.

Stream “The Wanting Comes in Waves” by The Decemberists on YouTube:

The set was relatively compact. They started off with “The Infanta” and also played “Song For Myla Goldberg” and “Shine,” finishing the set proper at a baker’s dozen tunes with “I Was Meant For the Stage.” Colin told the audience they “wouldn’t leave us like that,” and they went into an encore of “June Hymn,” closing out the night with my personal favorite of their songs, “Sons and Daughters.”

Folk musician Jake Xerxes Fussell opened the show with a 30-minute set. A native of North Carolina, Fussell is the son of a folklorist, and his repertoire consists of interpretations of traditional southern folk and blues songs he has collected and studied.

This tour with The Decemberists is putting him on much larger stages than he has played; when he appeared in this area earlier this year, he played the very small Pie Shop. While his performance — his singing and guitar playing were great — I and other members of the audience agreed he seemed a little unnerved by the size of the venue. He’s very good at what he does, and I’d love to see him in a format where he’s more at ease, where he’s able to open up more and talk about the songs and the history. Time is also a factor here; with only 30 minutes, an artist wants to get in as much music as they can, and banter is going to have to go out the window.

As I write this, I am reminded of E-Street guitarist and Sopranos actor Stevie Van Zandt writing in his memoir about how being an opening act isn’t necessarily a great idea if you’re doing anything the least bit unique — that it works if you’re a by-the-numbers hard rock act, but otherwise, it doesn’t really capture what you do. I’ve enjoyed Jake’s albums and I’m glad I got the chance to see him — but what he does is at the intersection of music and culture and history, and it needs more time for its ideal presentation. I am absolutely the kind of nerd who loves that stuff, and would be really excited to see that show.

That being said, it was still more than enjoyable, as were The Decemberists themselves, who are always a lot of fun. They’re good music and a good hang, and I look forward to the next time they’re in town.

Here are a few photos of Jake Xerxes Fussell performing at Wolf Trap on Aug. 24, 2022. All photos by Jason Nicholson. 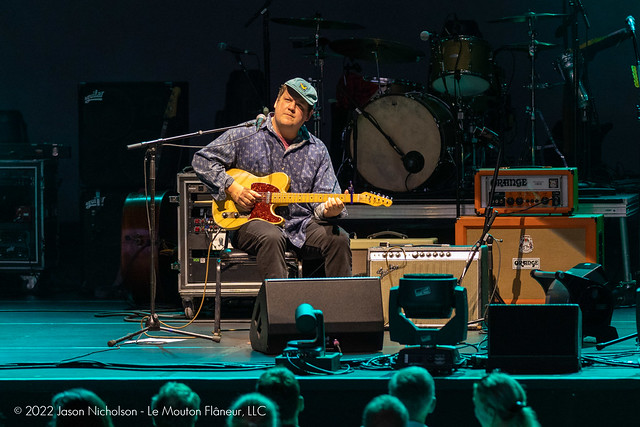 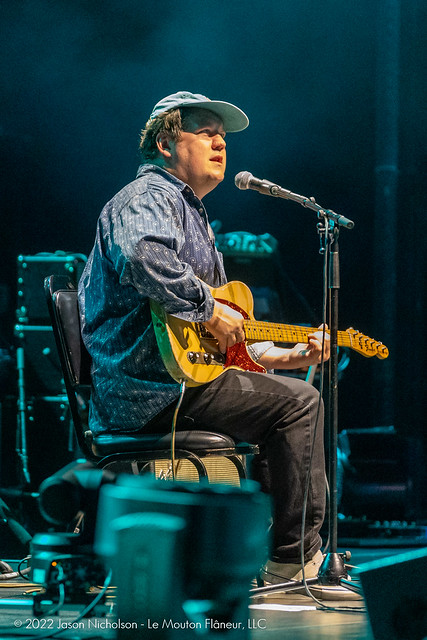 And here are some photos of The Decemberists performing at Wolf Trap on Aug. 24, 2022. All pictures copyright and courtesy of Jason Nicholson. 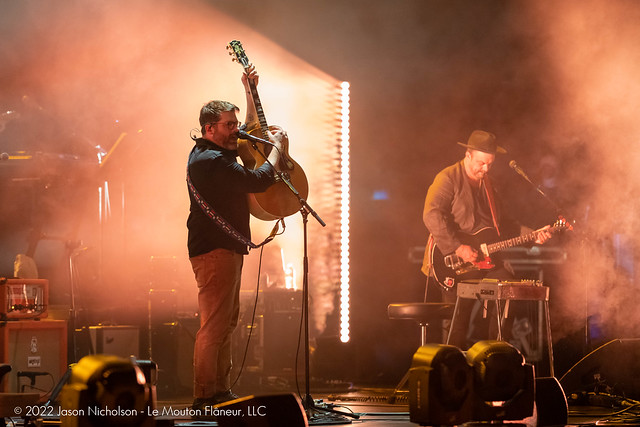 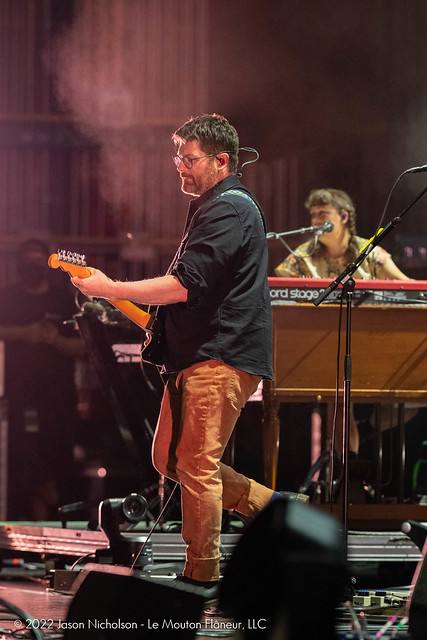 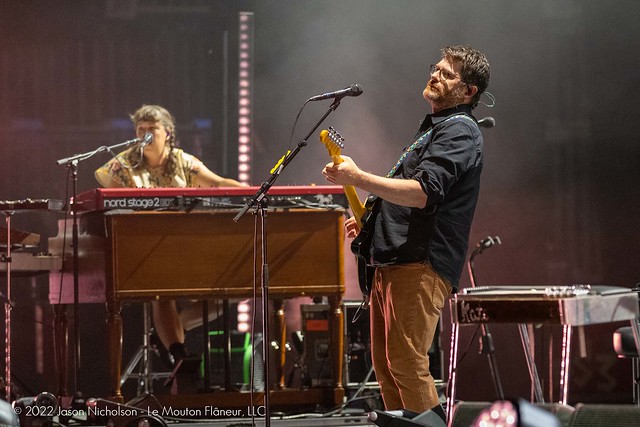 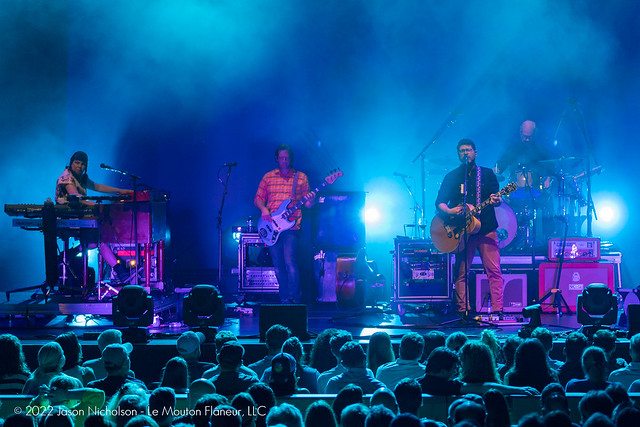 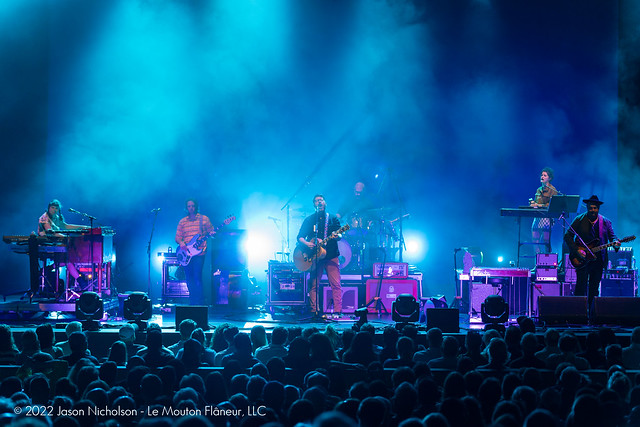 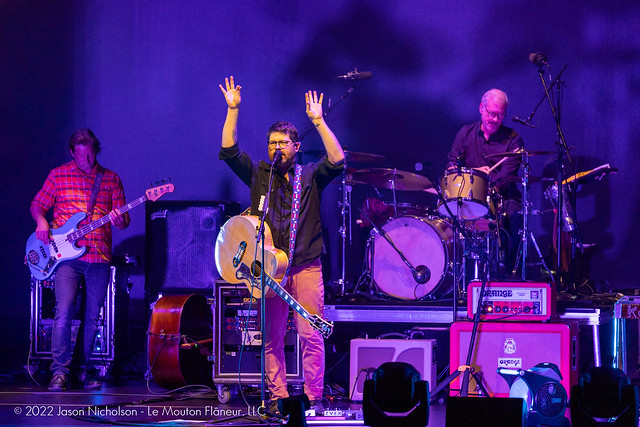 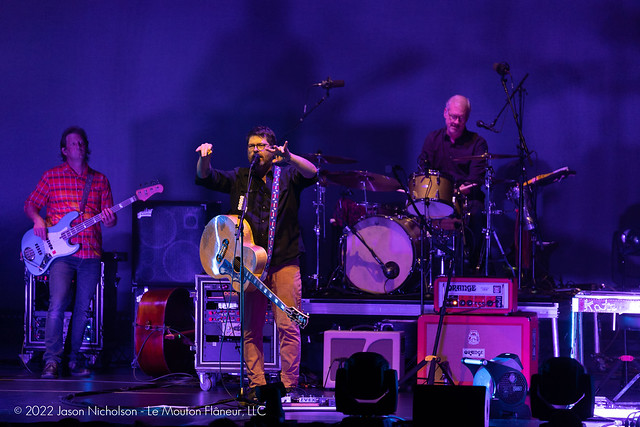 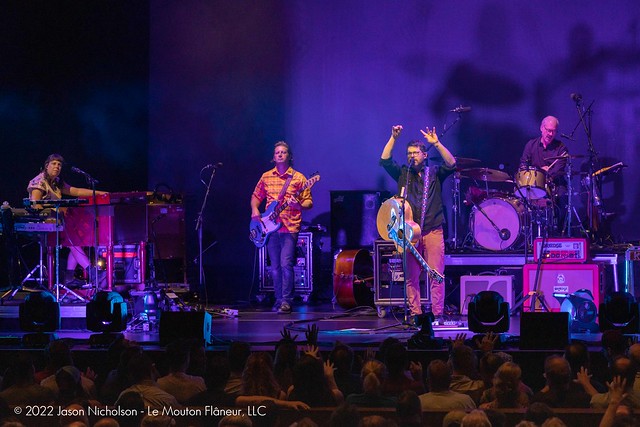 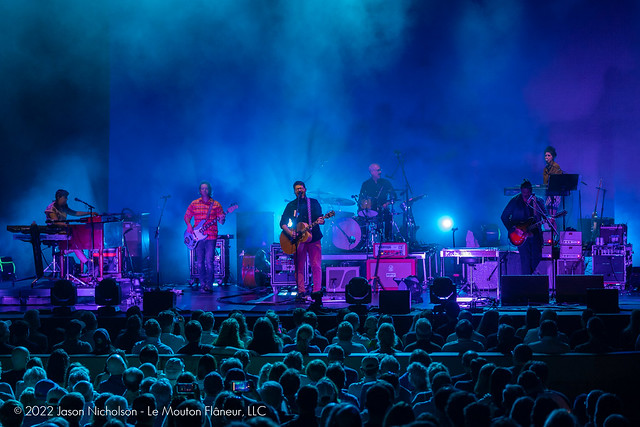 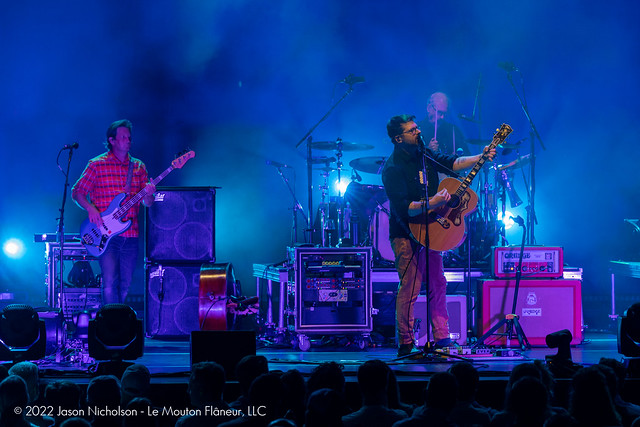 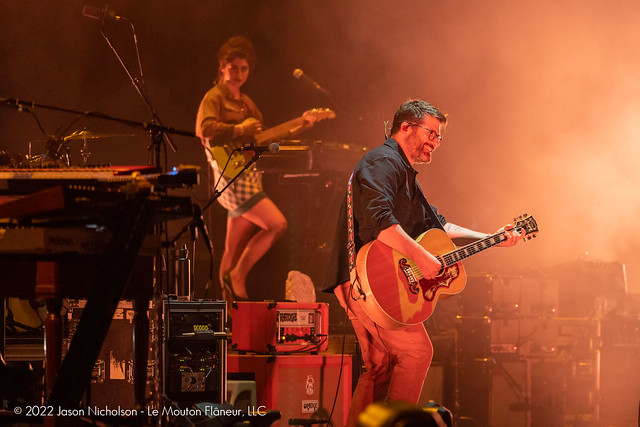