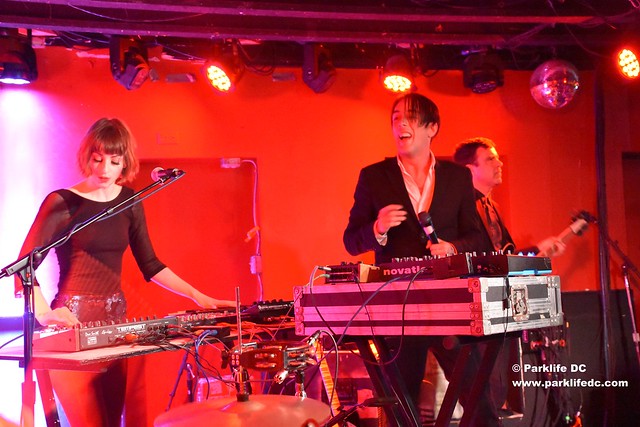 Devojka and Dan Boeckner of Operators perform at DC9 on Tuesday, April 19, 2016. (Photo by Mickey McCarter)

“The US Department of Homeland Security, the DC Department of Public Works, and you have all cooperated to make tonight happen,” commented Dan Boeckner from the stage of DC9.

Dan was referring to two thwarted attempted by his band Operators to perform at DC9 in the past two years –- visa issues stymied the band’s visit from Canada once and a watermain break closed DC9 on another occasion.

But if Dan were worried about a third strike against Operators at DC9, he need not have. The new wave quartet hit a smash home run in a sold-out show on Tuesday night as they delighted and entranced their crowd, which was eating out of their hands. Operators performed a stellar live show in part because they have boatloads of talent and charisma. Everyone in the room pressed as far forward to the stage in earnest anticipation as to what would come next from the synthpop band.

Operators start the show with truly good and catchy songs like “Rome” and “Control,” which appear on their debut full-length album Blue Wave, released April 1 via Last Gang Records. As Dan sings from the front of the stage, dancing with a tremendous energy, synthesizer player Devojka focuses intently on impressive synthesizer rig at the rear of the stage. Dan apparently recruited the beautiful, mysterious Devojka (yes, she goes by one name) from her own solo projects to form Operators along with drummer Sam Brown, who worked with Dan in the indie rock band Divine Fits. Bassist Dustin Hawthorne, the fourth and final member of Operators, provides much needed bass to offset to the synthtastic treble to fill out the band’s new wave sound.

And herein lies the crux of why this show was so freakin’ amazing: Dan and Devojka share a dedication to live performance on the synthesizer. No recordings, no loops, no computers. Devojka punches, needles, turns, and flips her analog instrument like a mad genius, and Dan alternates between a guitar and a second synthesizer, where he proves as dedicated and talented as his bandmate.

The DC9 audience knows they are seeing the real deal, and they absorb every note that Operators give them. The cheering becomes so long and ardent at points that Dan is clearly and earnestly very pleased with the reception. At the risk of sounding a bit cliché, Dan’s passion and charisma remind me of a young Bryan Ferry.

You absolutely have to watch the band for yourself. Here is a short set from Operators live at Kex Hostel in Reykjavik during Iceland Airwaves on Nov. 4, 2015, courtesy of KEXP:

I myself am incredibly heartened to see the sort of music I adore most being roundly embraced by an enthusiastic crowd. On “Control,” a song about a woman who may might lose said control (a nod to Joy Division, anyone?), Dan keeps one hand on his guitar and another on his synthesizer. Next on “Mission Control,” Dan is fully engrossed in his synthesizer. As Dan sings about losing focus, Operators move into the territory of the early ‘80s genre of the New Romantics. Dan has namechecked Ultravox and Depeche Mode in his band’s influences, and I would throw Spandau Ballet and Visage on that pile. “Mission Control” has the same sort of shiny thumping that made the Spandau debut “To Cut a Long Story Short” such a great song.

Thematically, Operators also deal with love, freedom, and happiness but they tend to be upbeat about it. On the album title track “Blue Wave,” also performed Tuesday, Dan sings of “life is starting over when you’re gone and I’m free again, lost in the ocean, never rising…”

In performance and on paper, Operators also show a self-awareness of from where they came, sort of like a late ’80s act looking over its shoulder intelligently at the commercial peak of new wave a few years back. Case in point: the excellent song “Space Needle,” where Dan sings longingly, “We’re leaving here tomorrow, but tomorrow never comes.” The lyric and its delivery remind me of a similar note in “Self Control,” made famous by Laura Branigan, who sings, “I haven’t got the will to try and fight/Against a new tomorrow, so I guess I’ll just believe it/That tomorrow never comes.” (And it’s a song that bore a famous synth arrangement from Harold Faltermeyer.)

“Space Needle” is also a song where Dan, Devojk, Sam, and Justin drive home the true power of new wave: guitar and synth in tandem, surrounded by rhythm. Everyone is an equal player in this top number, which proves a great crowd-pleaser indeed. This smart versatility demonstrates that Operators know very well how new wave and synthpop work best, and they are able to capitalize on all of the utility that the genres offer them in crafting and performing their music.

Operators have only three dates left on their current US tour — tonight in New York City, tomorrow in Philadelphia, and Saturday in Cambridge, Mass. I urge you with as much passion as I possibly can muster not to miss them! Operators are the best new band I have personally witnessed in at least two years. You won’t regret discovering them.

Here are some (admittedly amateur) pictures I took of Operators during their performance at DC9 on Tuesday, April 19, 2016. 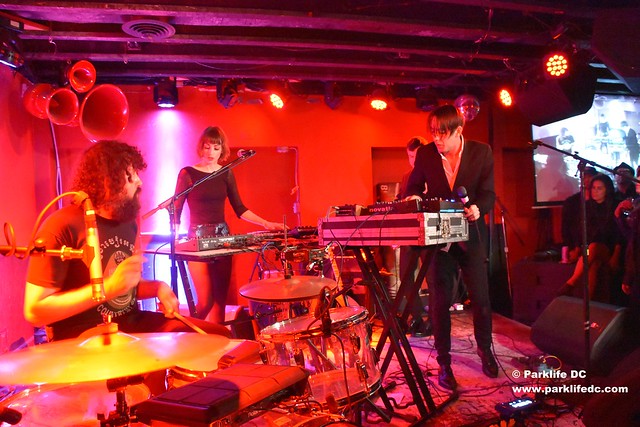 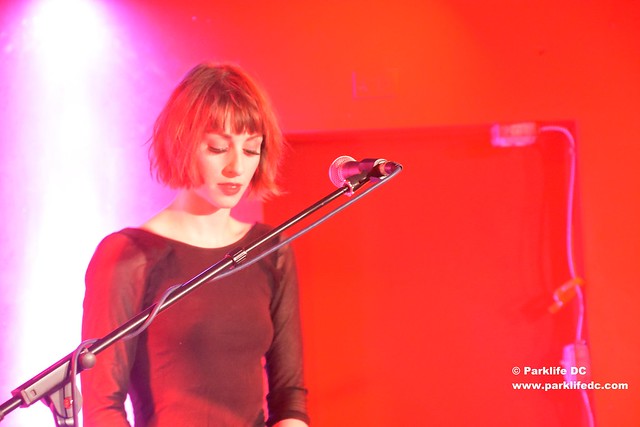 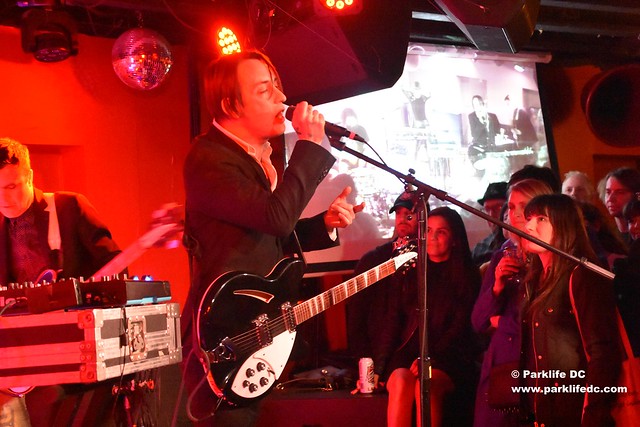 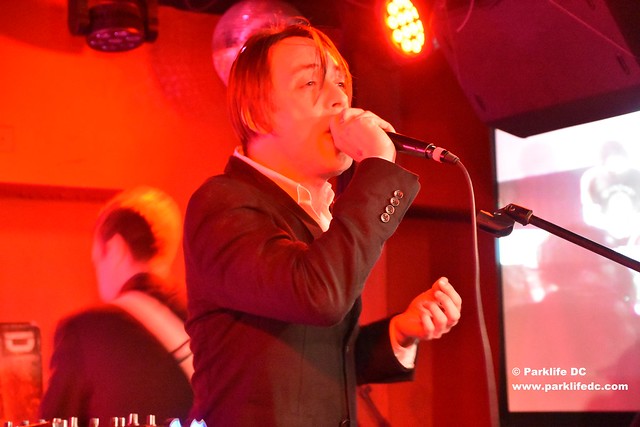 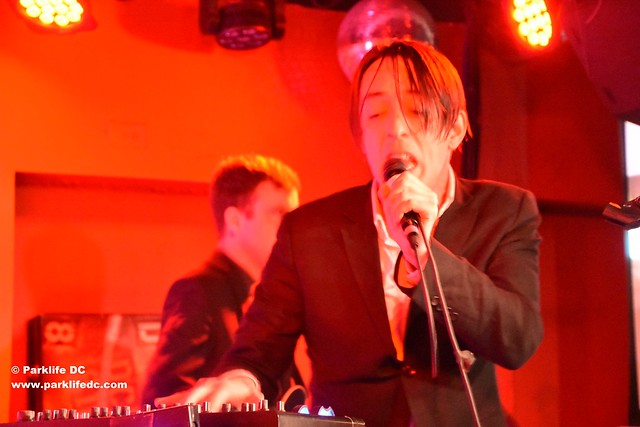 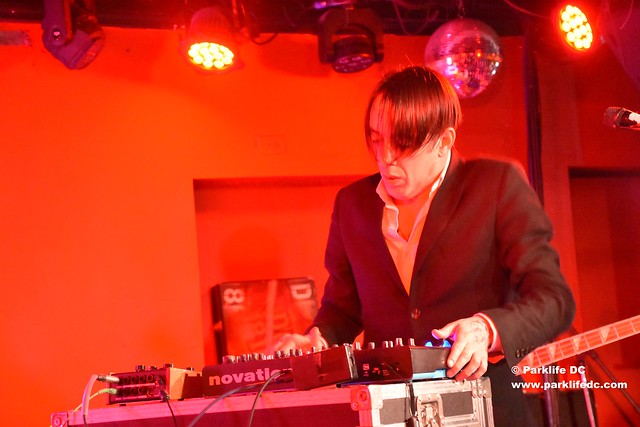 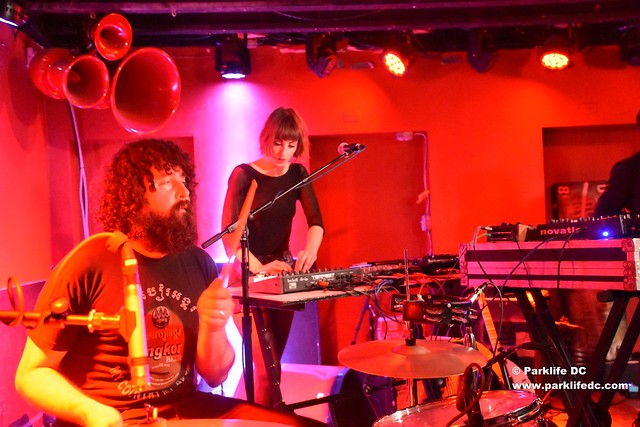 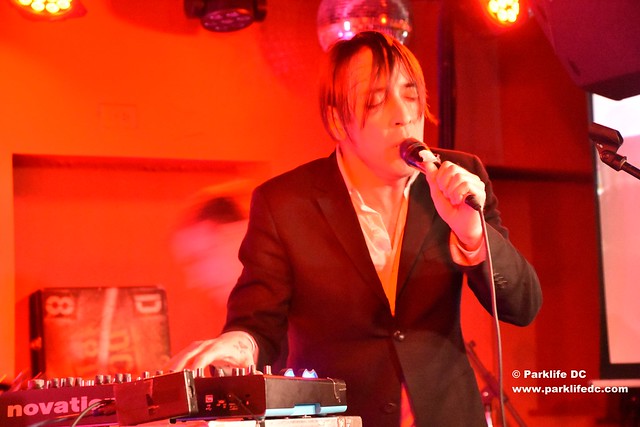 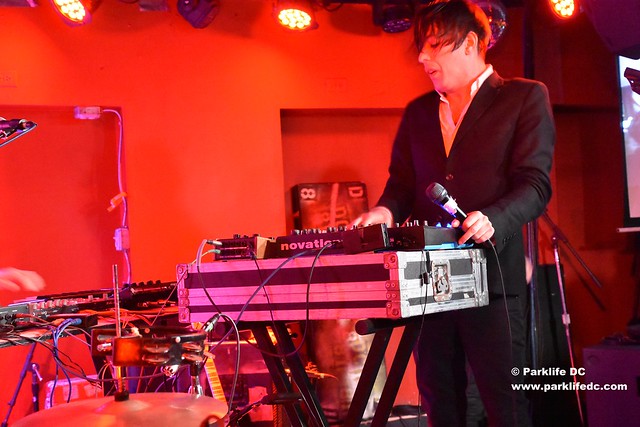 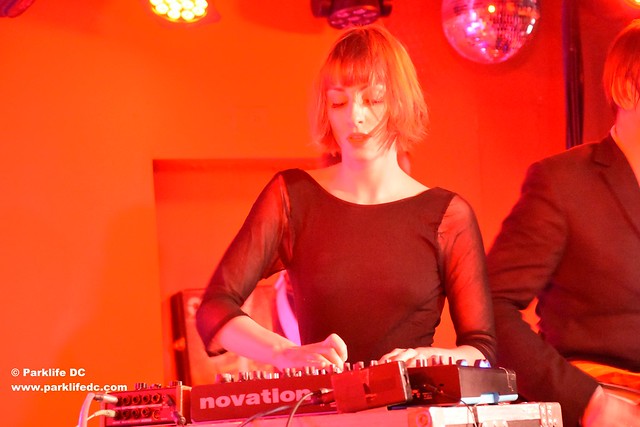 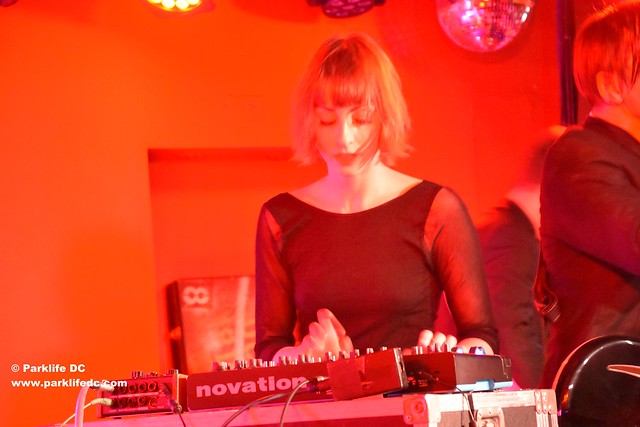 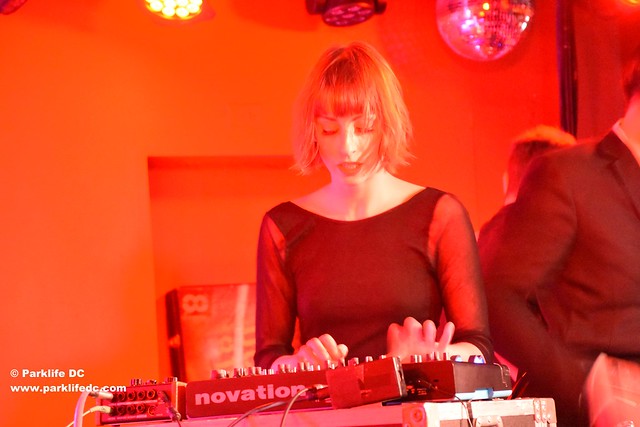 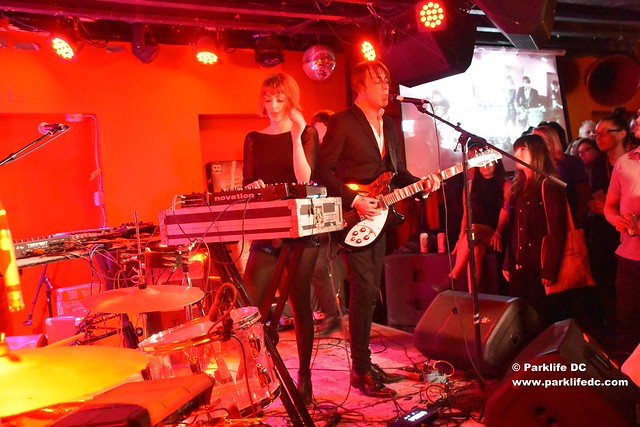 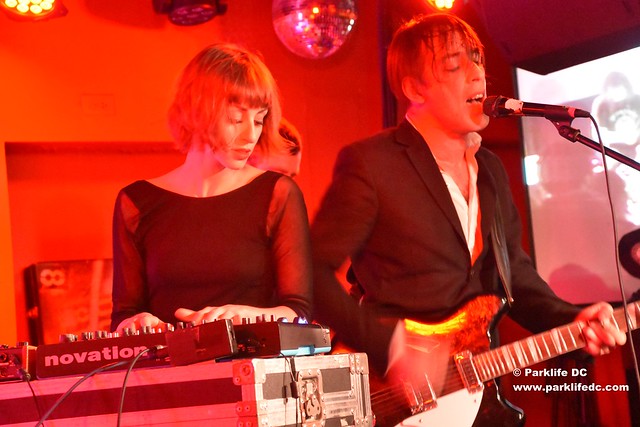