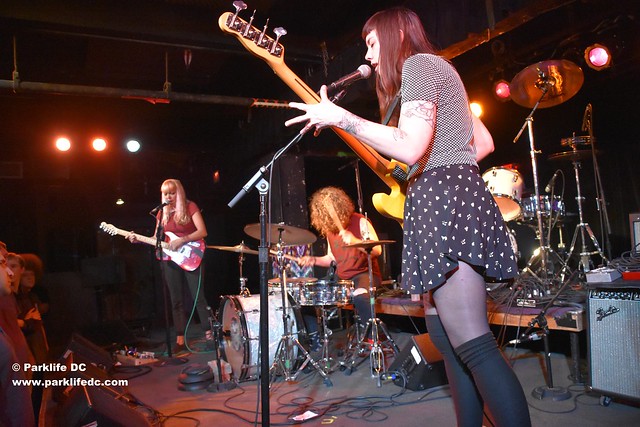 Founders Cat Park on guitar and Kat Bean on bass have now been joined by Melissa Brain on drums, and the ladies rocked through a 30-minute set of fuzzy guitar jams on Saturday. The Black Cat was half full when Amanda X started and pleasantly completely full by the time they closed, having really captured and kept the attention of everyone there.

New songs like those from the EP, “Quilted” and “Juniper,” put Amanda X in familiar territory, as duo vocalists Cat and Kat singing pleasant, melodic tunes, sometimes fast and jaunty, sometimes slow and leisurely. Whatever the tempo, the occasional comparisons drawn between Amanda X and Sleater-Kinney seem pretty valid although the vocals in Amanda X tend to run sweeter and chirpier.

Listen to the EP, Hundreds and Thousands, from Amanda X on Soundcloud:

Amanda X released their debut album in the summer of 2014 via Siltbreeze Records, a well-regarded Philadelphia label that seems to have closed its doors since that time. Thankfully, the band didn’t miss a beat, leaping to Charlotte, NC-based Self Aware Records, where they hopefully will publish some more material in the near future.

If you missed the debut album Amnesia the first time around, it’s still available on Bandcamp (and undoubtedly other sources) for your listening and purchasing pleasure!

Listen to Amnesia by Amanda X on Bandcamp:

Amanda X doesn’t have any DC shows coming up, and they have wrapped up their stint with The Thermals. But the band is playing a show in Philadelphia on Sunday, May 8, at PhilaMOCA with Spirit of the Beehive, Super Unison, and others — and another show at PhilaMOCA on June 11 supporting Mumblr in a record release show. They are a worthy addition to any bill they support, so go see them!

Oh, and we in DC will see Cat Bean soon when she returns with her other band, Pouty, which is a duo fronted by Rachel Gagliardi. Pouty will perform at Comet Ping Pong on Sunday, June 12, as part of a bill that includes Childbirth (from Seattle) and Colleen Green (from Los Angeles). (Tickets are available online!)

Here are some pictures of the ladies of Amanda X performing at the Black Cat on Saturday, April 30: 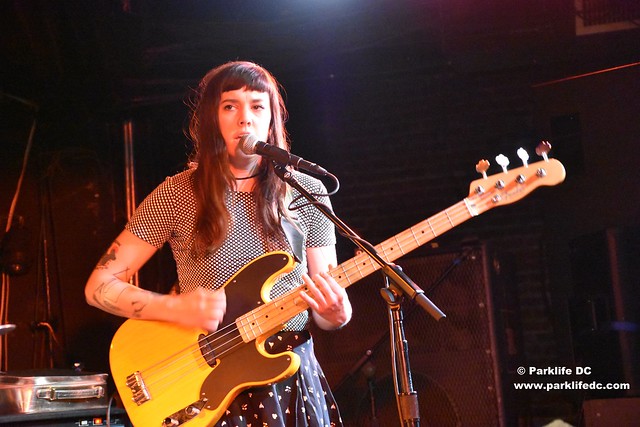 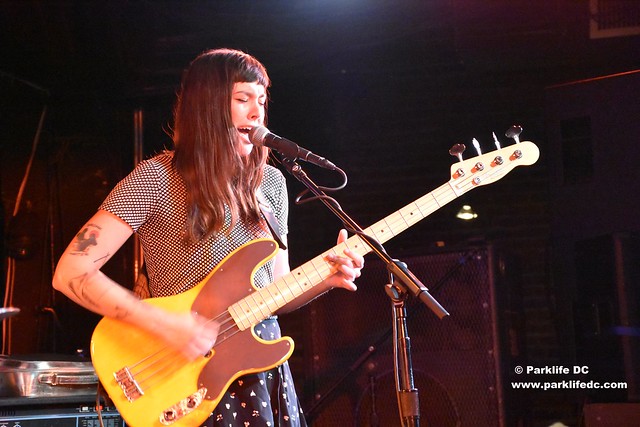 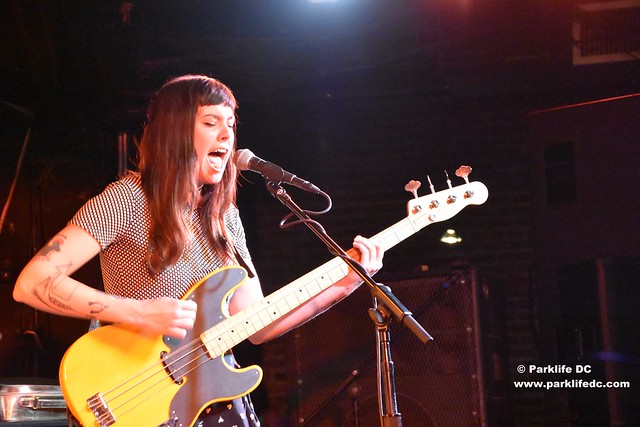 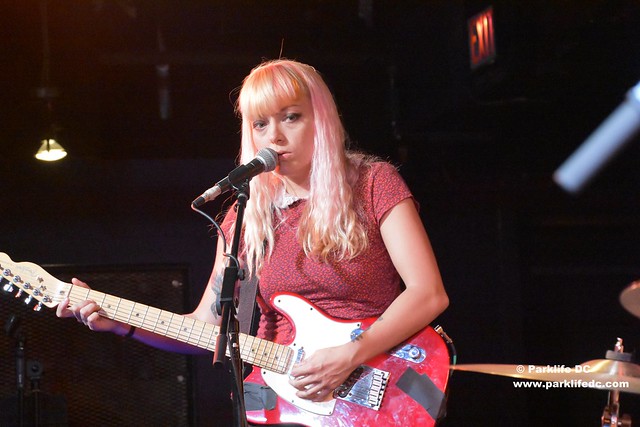 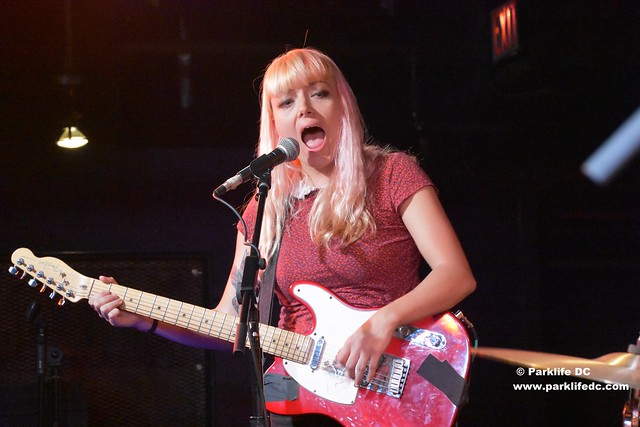 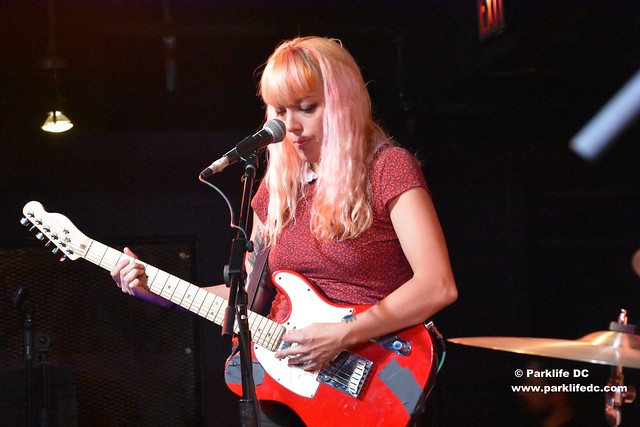 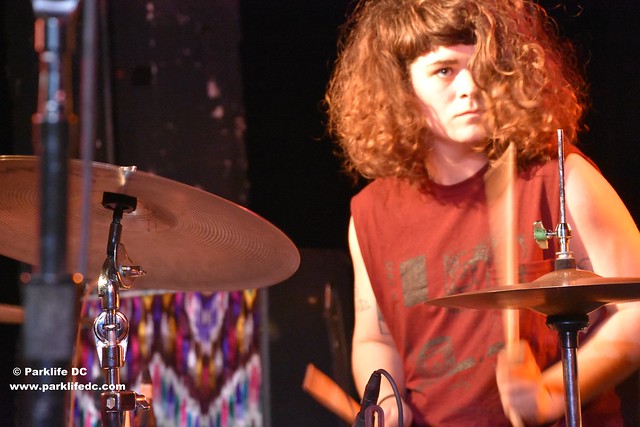 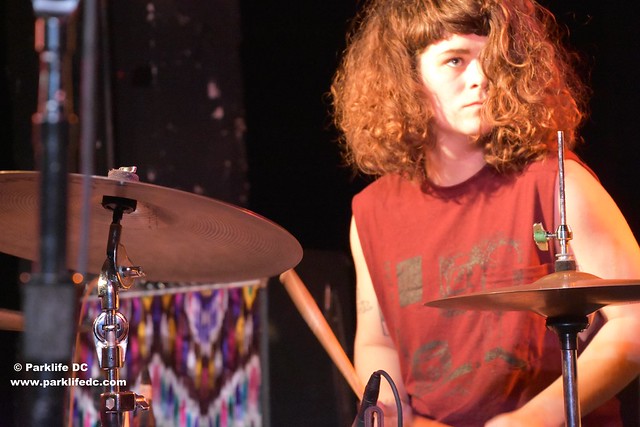 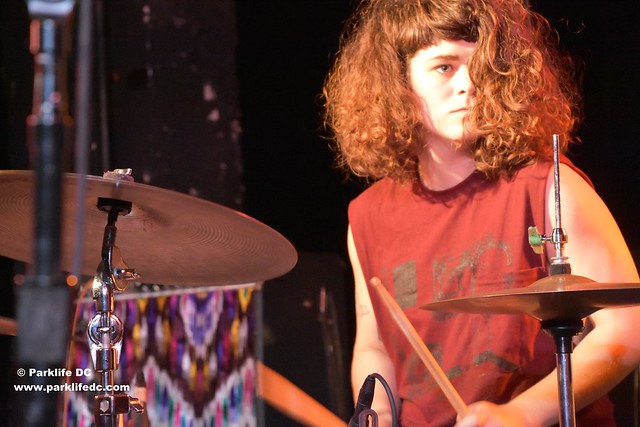