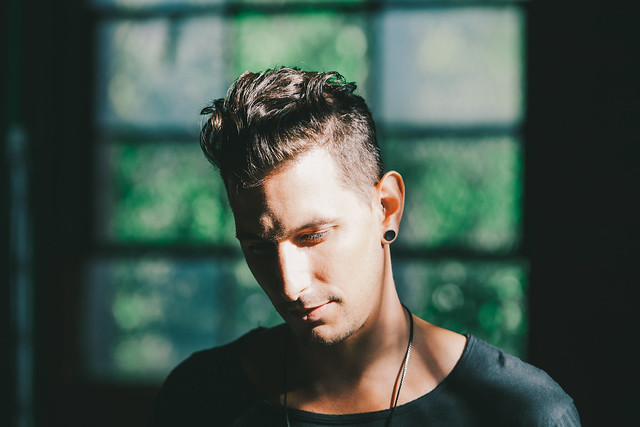 Once, Shaun Frank was a part of a band named Crowned King and only due to a lot of minor hiccups, they disbanded and he followed a new path as an electronic music DJ.

And The former Canadian frontman of a rock band recently showcased his ability to take a crowd by storm when he took center stage in the Nation’s Capital at Echostage on Friday, Oct. 27.

Shaun Frank has been rising up the dance music charts and has a few songs that will definitely leave a lasting impression on the electronic dance music scene. Shaun has released songs with labels such as Armada Trice, Dim Mak Records, Ultra Music, and Spinnin’ Records. One of his most notable hits would have to be “Shades of Grey,” which has been remixed several times but most famously by the young Dutch DJ/Producer Oliver Heldens.

The melodic sounds provided in Shaun’s productions are met with a funky bass to lift feet off the dance floor by Oliver to birth this track. Listen to “Shades of Grey” by Shaun Frank on Soundcloud:

Echostage was in sync with the performance that Shaun provided as he mixed his peaceful harmonic sounds with funky beats in and out of the EDM genre. His transitioning of tracks helped make it a smooth night as he allowed everyone to groove and move accordingly. The crowd was all on the same wavelength as they tuned in and turned up!

Shaun had a build up to his set that had everyone ready for the night as he set the stage for what would be a tough act to follow.

Frankly, I must say this show was one that warmed up the night and hearts throughout the crowd. Shaun Frank is an act that I would never miss going forward. Ask your favorite DJ to sit in for a set if they’re not playing one of Shaun’s remixes!

See You on The Dance Floor!