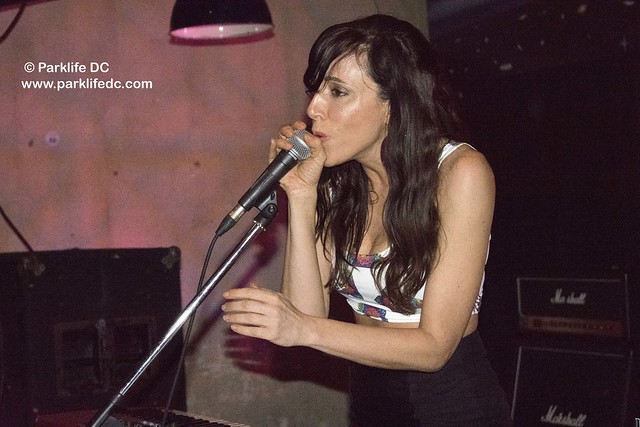 Kristie gave Parklife DC the scoop on the show, telling us that there will be a number of cool things about it:

Watch the official music video for “Responsibilidades,” a live concert staple, by Loi Loi on YouTube:

“With… Tyler Cole’s rumbling bass backing frontwoman Kristie’s synths and drum machine, Loi Loi revved up a packed DC9 crowd… DC-based Loi Loi brings an international flair to their music, singing in both Spanish and English and giving one the feeling of having stumbled into a ’90s-era Miami danceclub,” said our own Marc Caicedo in a review of the band for Parklife DC.

Below, we have some previously unpublished photos of Loi Loi performing at Comet Ping Pong to open their Blight labelmates Swoll on April 6!

Buy your tickets for their show at Rock and Roll Hotel online. 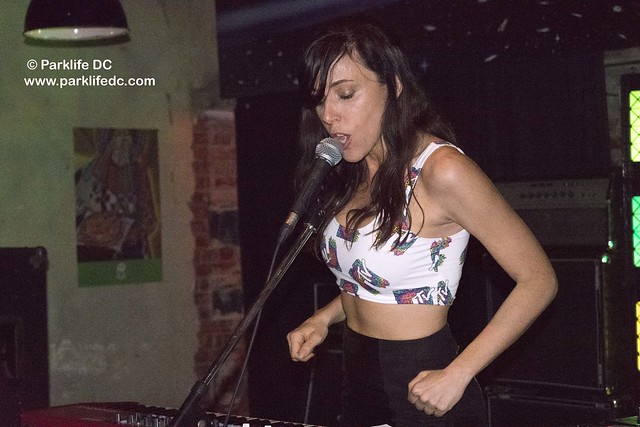 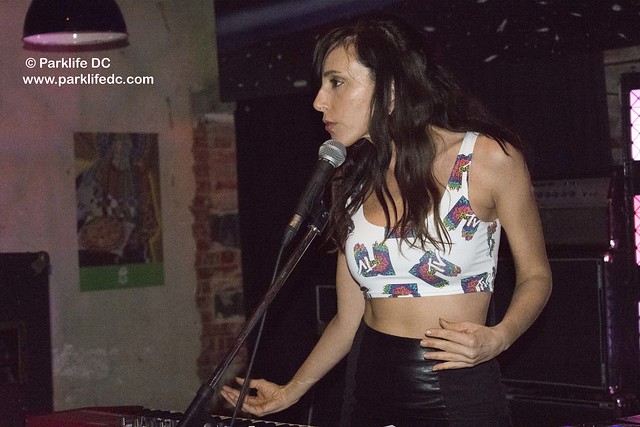 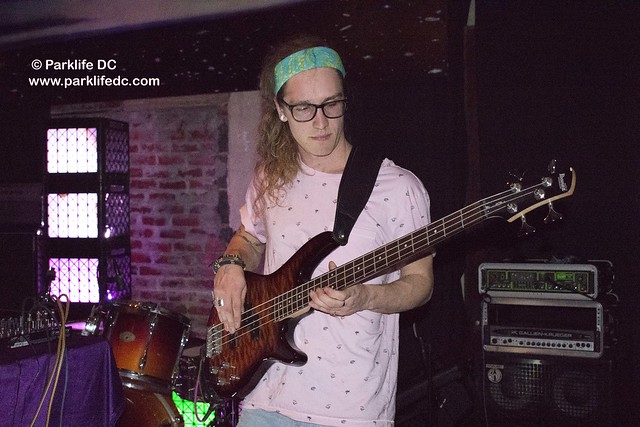 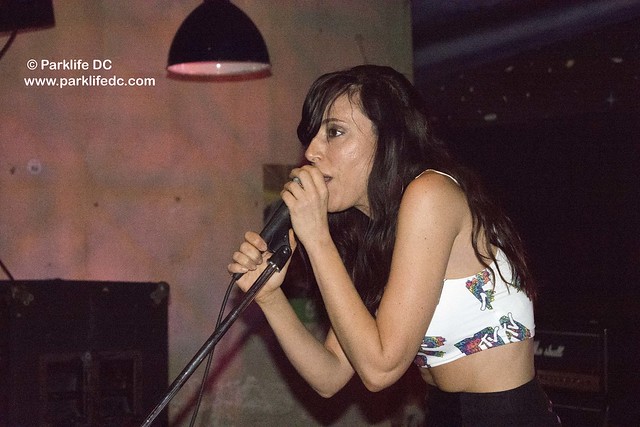 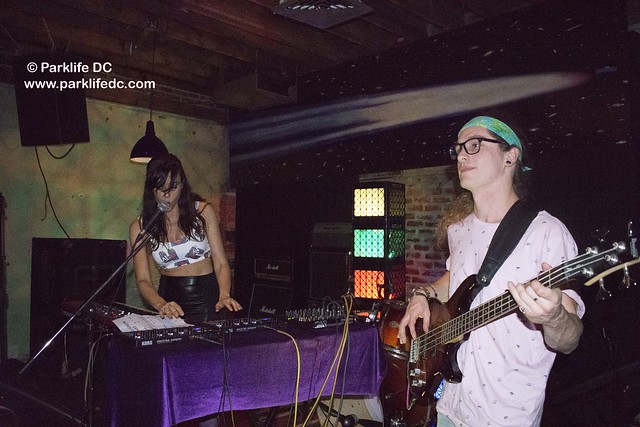 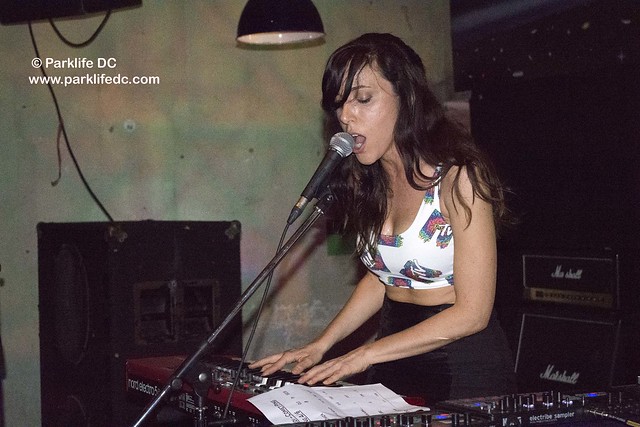