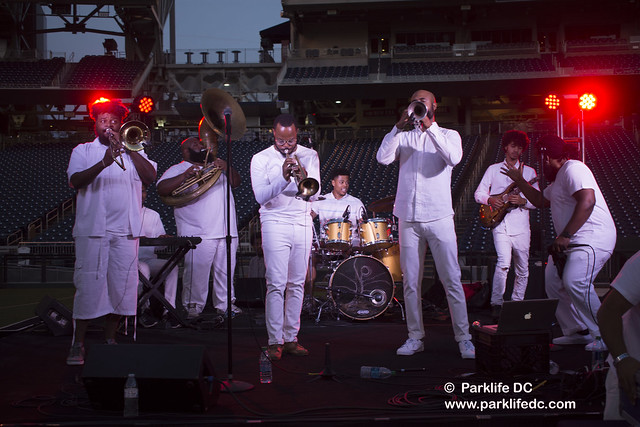 Like myself, you might not know much about Diner En Blanc other than the vague notion that everyone wears white and goes for dinner in a park somewhere. Last weekend, I saw firsthand that it’s much more — it’s actually a full-blown party held in a unique location, which turned out to be Nationals Park in our case.

On Saturday, diners did not know where they were going for the fifth anniversary of Diner En Blanc, Washington DC. They met group leaders in designated places around the city, often with their own home-packed meals in tow. Then, they discover they will eat at Nationals Park, where tables decked the mezzanine and where they would dance the night away on the baseball diamond.

That was all good and well, but once people consumed their food, they figured out they could enter the baseball diamond (but not the field) to dance to the music of DJ Natty Heavy, who visited DC from Charleston to spin the party. Natty Heavy’s set leaned heavily on old school disco and R&B, and the baseball diamond became quite a popular destination indeed.

At the same time, swing dance troupe Fidgety Feet provided ambience with choreographed moves first on the mezzanine and then on the baseball diamond. The Lindy Hop dance team sent eight of its finest dancers to twirl about in the summer sun while folks were eating dinner.

Speaking of dinner, it seemed to me that buying Diner En Blanc’s catered picnic baskets was the way to go rather than bringing along your own meal. There were several picnic baskets for offer, starting with a basic charcuterie assortment and getting more sophisticated. We sampled some cheeses and tasty, substantial crabcakes, while washing it all down with Champagne Jaquart. For an additional fee, diners could choose to have Diner En Blanc provide their table and chairs as well. The event is nothing if not flexible!

Part of the interesting thing about Diner En Blanc: It’s a different party every year. The location changes, the entertainment changes, and perhaps the only thing that remains the same is that everyone wears white. 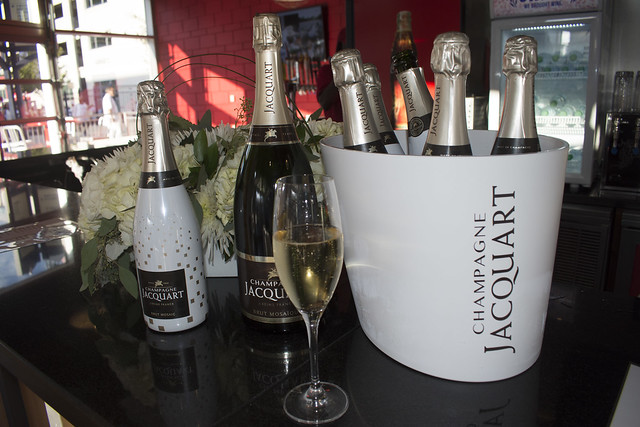 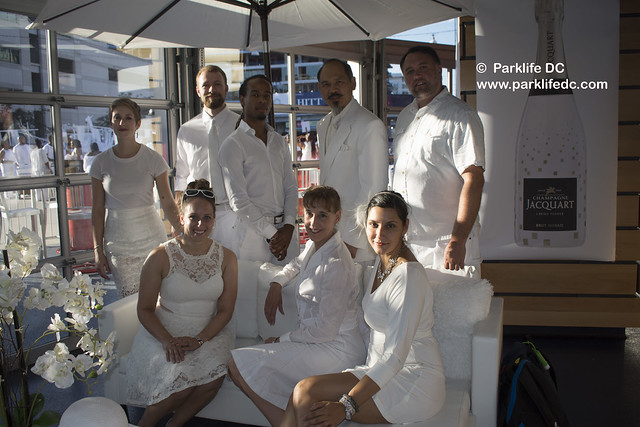 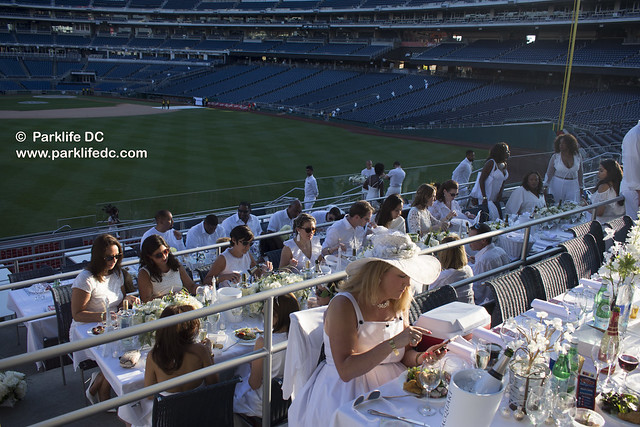 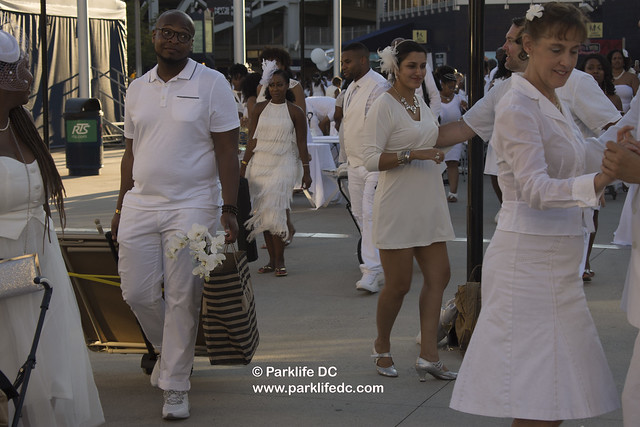 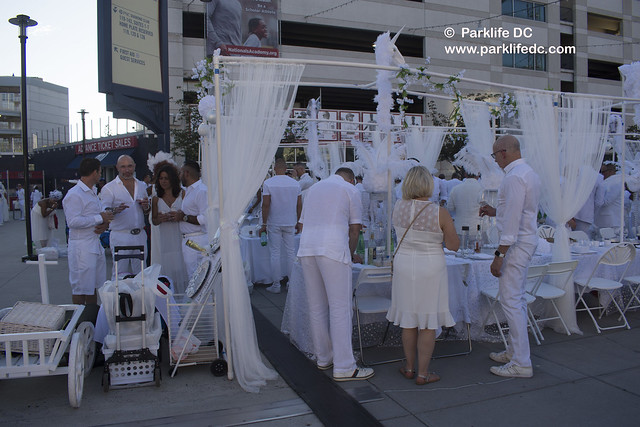 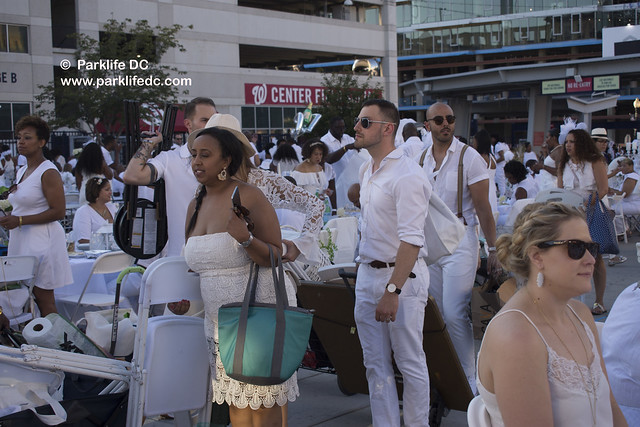 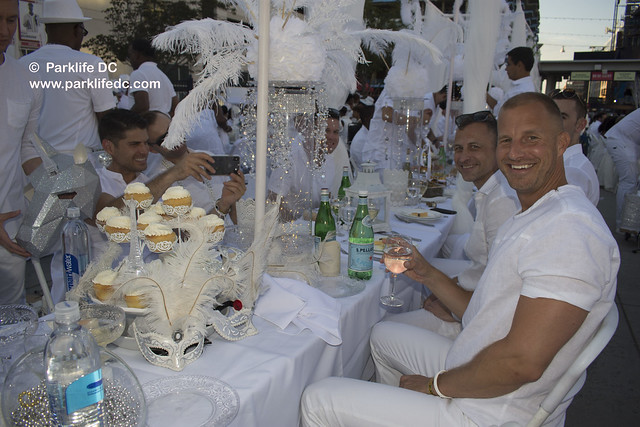 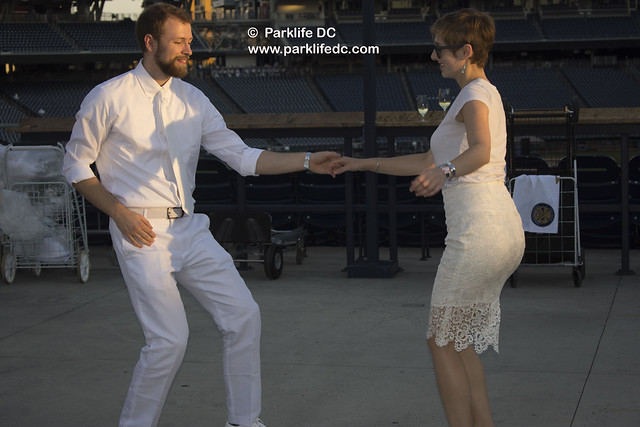 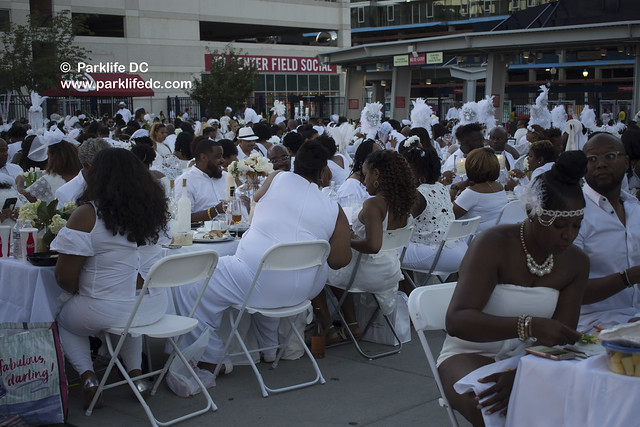 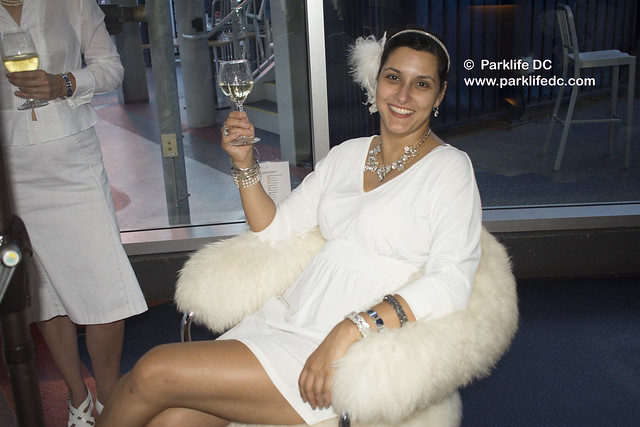 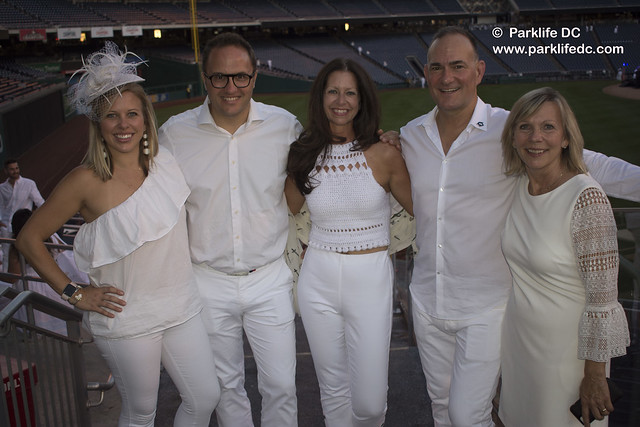 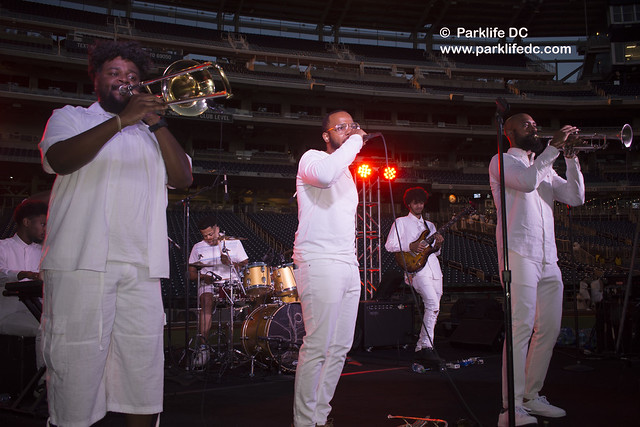 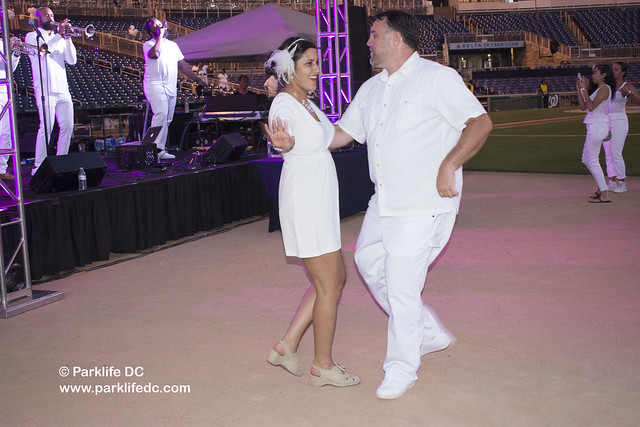 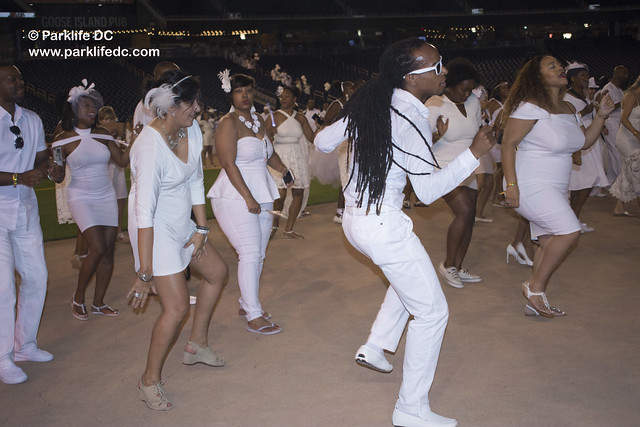 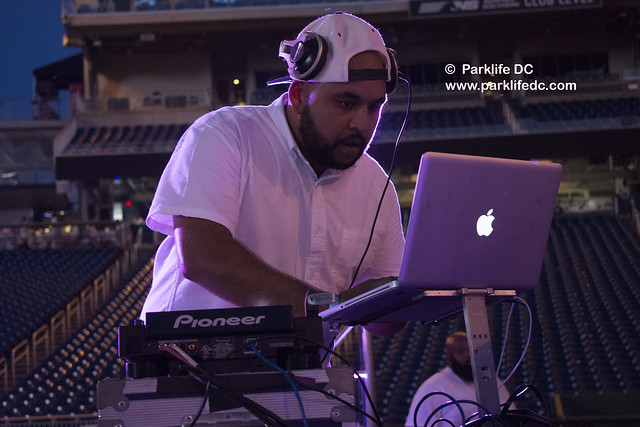 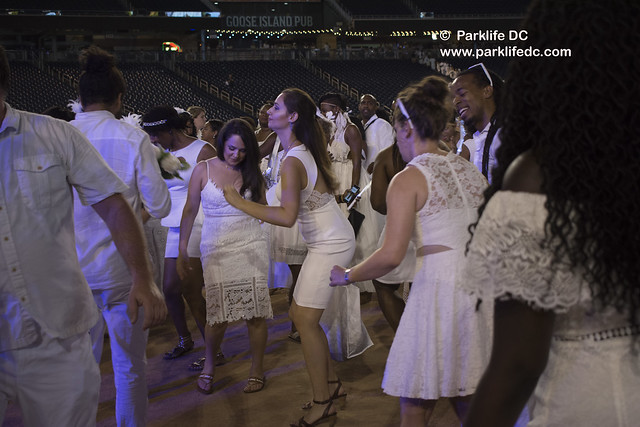