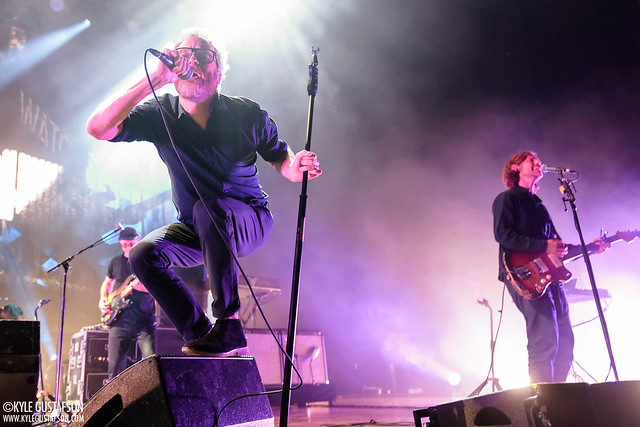 The National performs at Merriweather Post Pavilion on Sept. 28, 2018. (Photo by Kyle Gustafson)

The National stopped at Merriweather Post Pavilion on Friday in their first area appearance since playing The Anthem at the end of 2017, finishing up a string of dates leading up to their own There’s No Leaving New York festival in Queens. 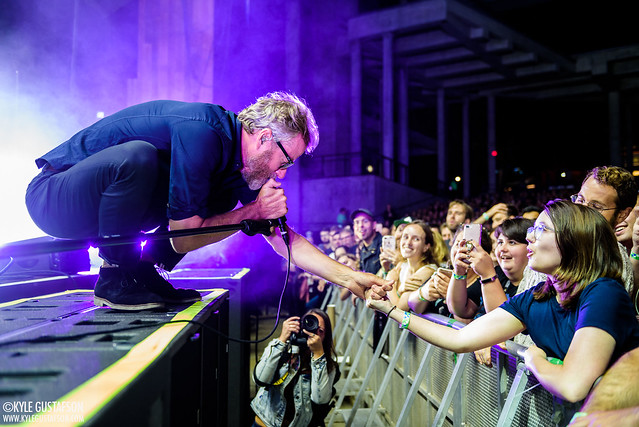 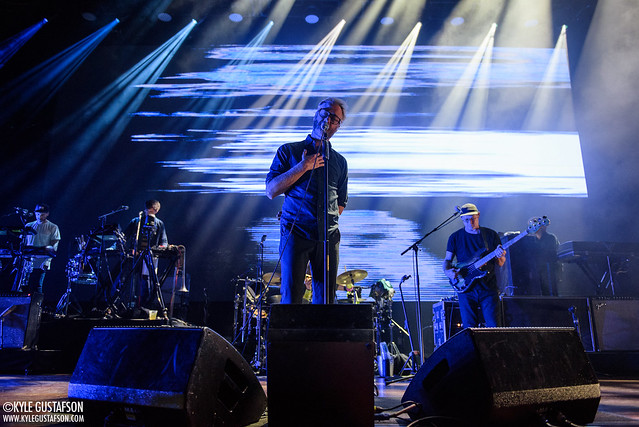 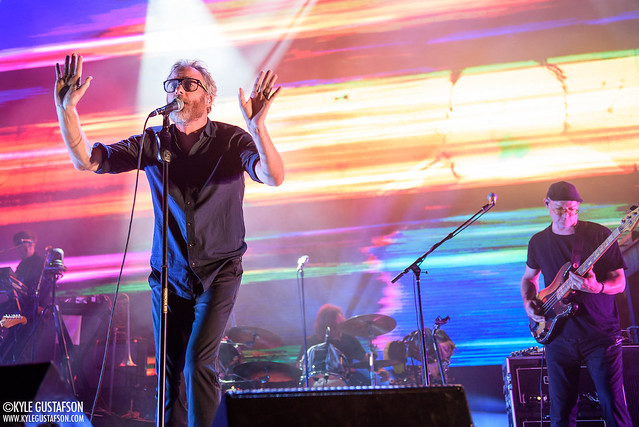 The band seemed to be in a frisky mood, especially singer Matt Berninger, who definitely looked to be enjoying himself while playing the part of frontman by downing drinks, tossing mic stands, and climbing into the audience multiple times during the band’s 23-song, two-hour set. Guitarists Aaron and Bryce Dessner were content to stay on the sides of the stage and provide riff after memorable riff. And the Devendorfs, drummer Bryan and bassist Scott, simply played their part of one of rock’s most unsung rhythm sections. 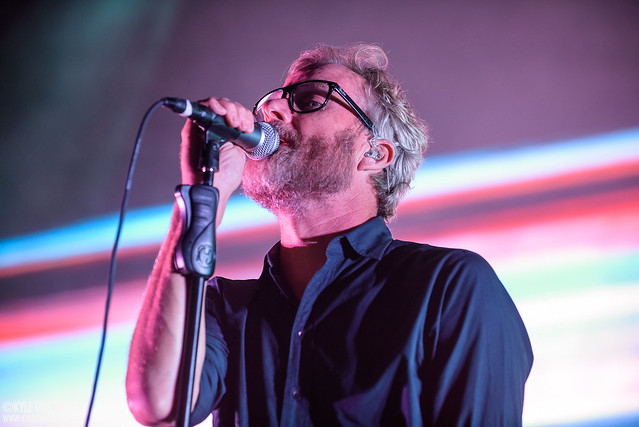 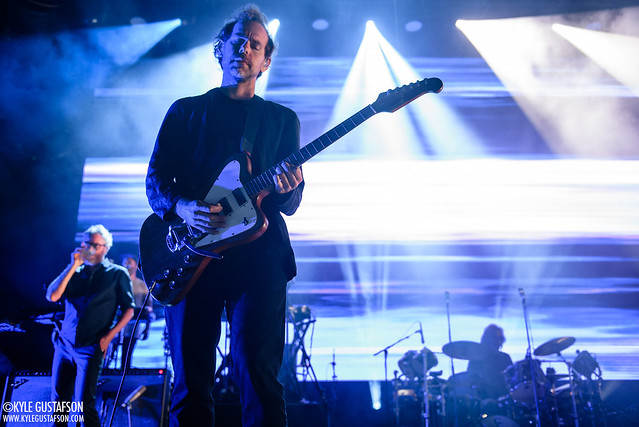 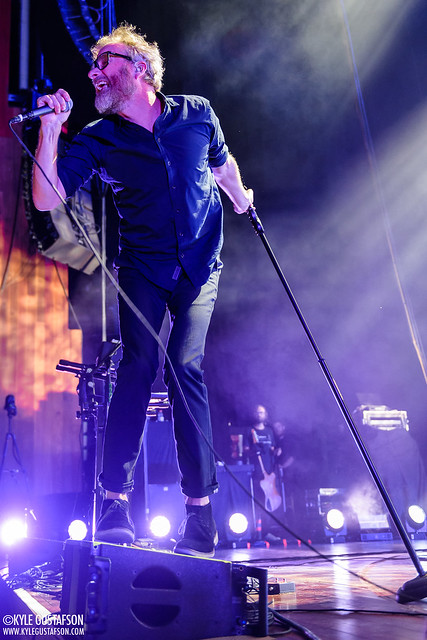 The set focused heavily on Sleep Well Beast, the band’s most recent album but also featured “Rylan” and “Light Years,” both unreleased, and a cover of Bonnie Dobson’s “Morning Dew,” a treat for all the Deadheads in the crowd. Standout tracks included Boxer’s “Mistaken for Strangers” followed directly by “Slow Show” and later, a gorgeous version of Alligator’s “Daughters of the Soho Riots.” 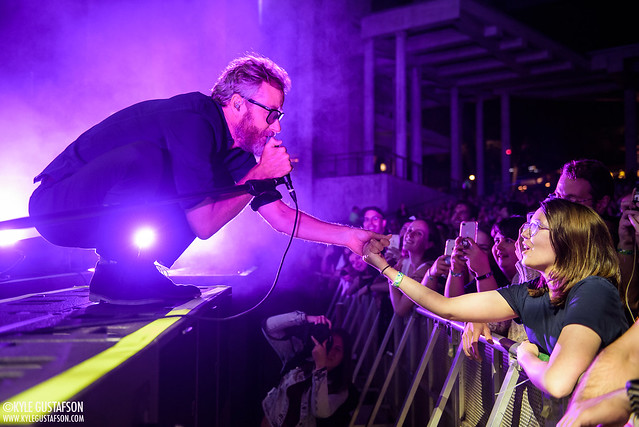 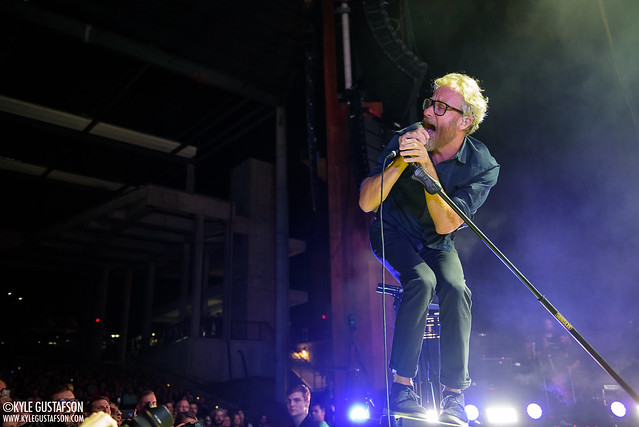 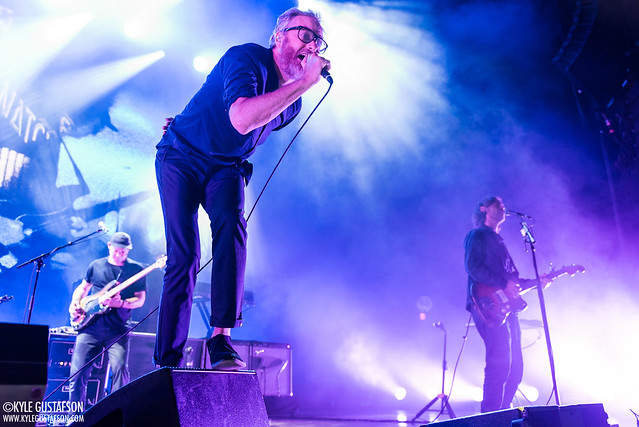 Full setlist below:
Nobody Else Will Be There
The System Only Dreams in Total Darkness
Walk It Back
Guilty Party
Sea of Love
Don’t Swallow the Cap
Bloodbuzz Ohio
I Need My Girl
Morning Dew (Bonnie Dobson cover)
Mistaken for Strangers
Slow Show
I’ll Still Destroy You
Light Years
Daughters of the Soho Riots
Day I Die
Carin at the Liquor Store
Graceless
Rylan
Fake Empire
Encore:
Hard to Find
Mr. November
Terrible Love
Vanderlyle Crybaby Geeks
Here are some more pictures of The National performing at Merriweather Post Pavilion on Sept. 28, 2018. All photos copyright and courtesy of Kyle Gustafson. 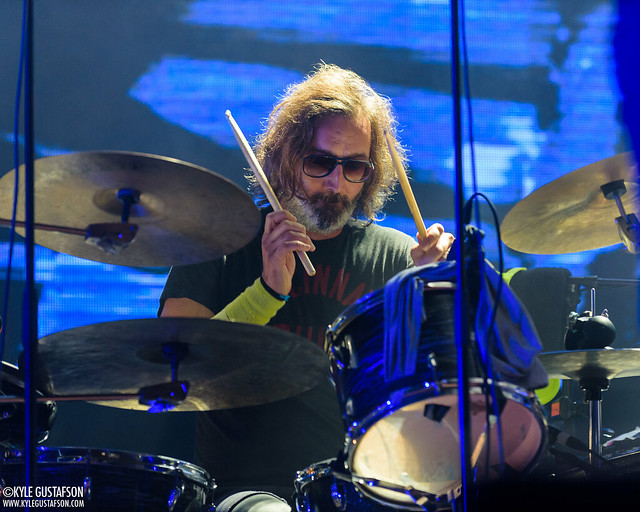 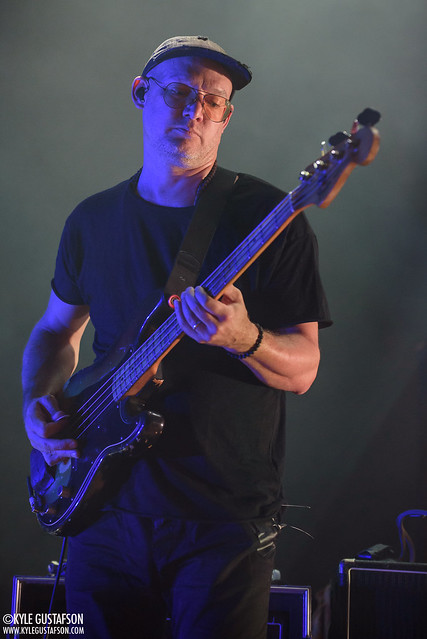 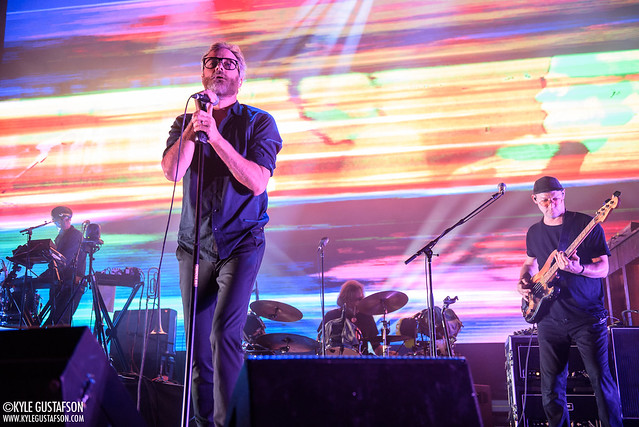 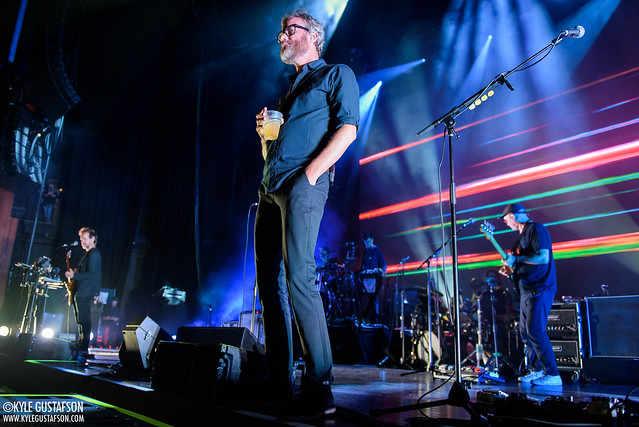 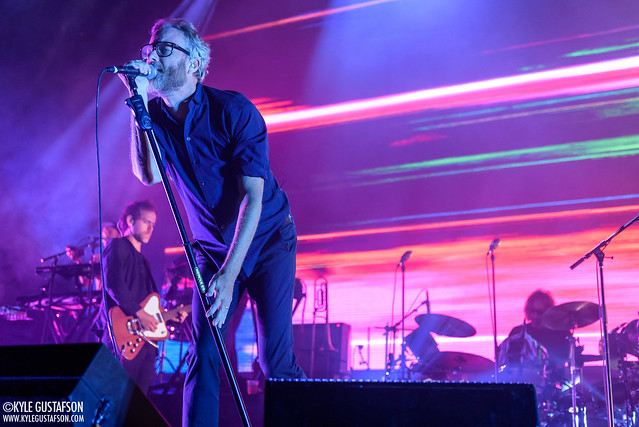 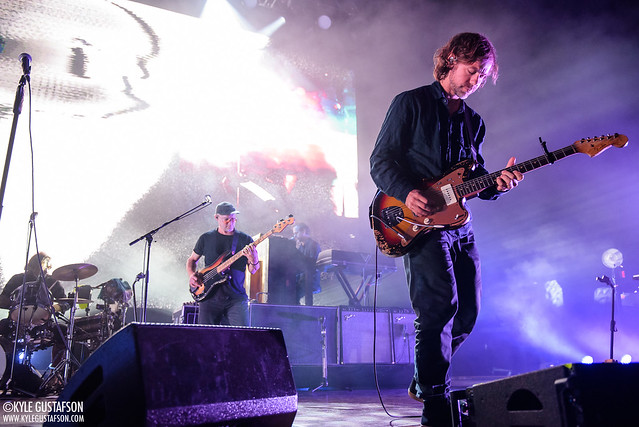 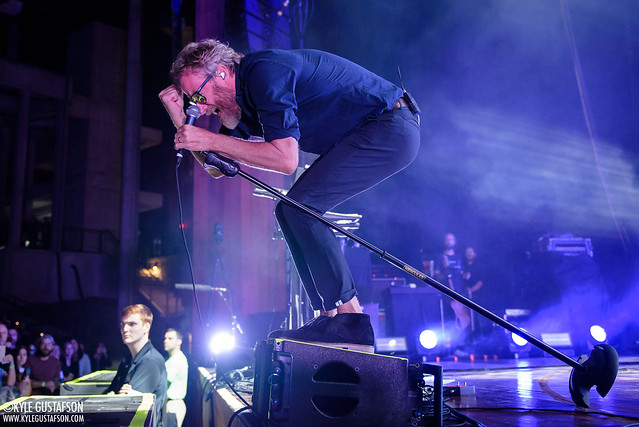 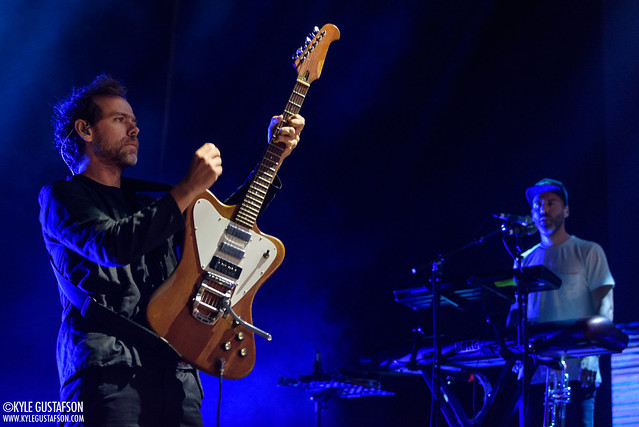 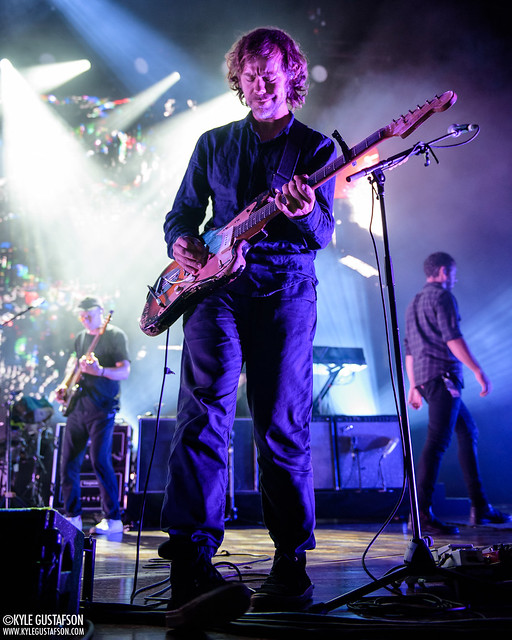 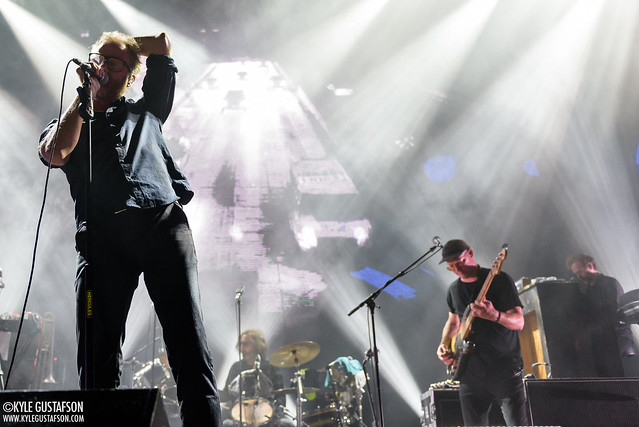 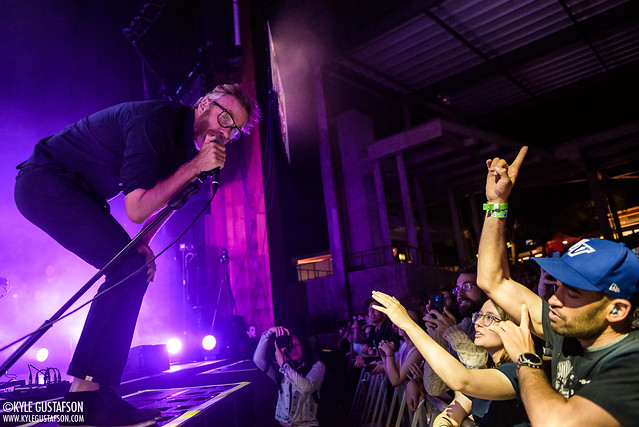