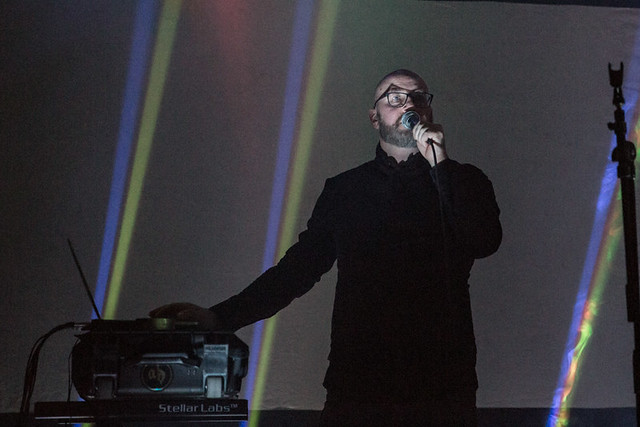 Electronic music mastermind Daniel Myer is a prolific German electronic artist and musician with decades of solo projects, partnerships, and collaborations. Daniel performed recently at Ivy City Smokehouse as DSTR, and Christine Hall caught up with him for an interview.

Christine Hall: That was an incredible show at the Ivy City SmokeHouse on Sunday night! Your voice is in exceptional form, despite some self-deprecating thoughts you shared on stage. So glad you were able to make Washington, DC a show stop for this US visit.

What influenced your song selections for this set of US shows (which, impressively, included a show at SXSW)? The And One song “Sometimes” was an on-point choice, given that band was originally slated to perform before rumored visa troubles scuttled the whole US tour. And you have a long professional association with And One, you said. You also performed a Röyksopp song, “What Else Is There,” and “Lucretia My Reflection” by the Sisters of Mercy.

Daniel Myer: We played a different set of songs every night in order to make every event special. We even picked a song for SXSW that [touring partner] Alex never played before. I actually picked the And One song during the soundcheck in DC. I remembered that I did this version of “Sometimes” not too long ago for a gig in Athens, and I thought it would be only appropriate to play that song. And, yes, that version of Röyksopps “What Else Is There” was/is the first official release under the name DSTR.

CH: One of the songs you performed sampled a line from the movie The Breakfast Club. Are you a keen fan of that film and, if so, how come? Did you see it back around the time it came out in 1985? It’s an iconic American Gen X film but also seems relatable to anyone who’s experienced teenage woes and isolation. It’s also interesting to think of the film having multicultural appeal in Germany and elsewhere.

DM: I actually saw the movie at a very late age. I grew up in East Germany, and I think the first time I watched The Breakfast Club was in 1995 — I was already 24 years old. I just loved the approach and the music, of course. And, yes, I could very much relate to the characters portrayed in the movie. I was actually a mix of all the three male characters when I grew up. It sounds strange, but it’s true…

CH: You are prolific in your music projects, from your own DSTR, Haujobb, and Architect, to your many collaborations and affiliations, such as with Covenant. When you perform as a solo act, how do you decide which of your own project titles will represent you?

DM: Well, I get booked. So, actually, the promoters make that decision for me. Sometimes I suggest a project that is more fitting to the rest of a certain lineup.

CH: You toured with Covenant in Germany last month and contributed to two (out of five) songs on the Fieldworks: Excursion EP that was featured on that tour and will be available for digital download starting in April (“False Gods” and “All That Is Solid Melts into Air”). I loved watching clips and photos of you and [Andreas Catjar] performing “False Gods” — that was tribal and fierce.

DM: I actually performed the tracks with Andreas Catjar, and Daniel Jonasson replaced me on the [tour] dates I couldn’t play.

Watch a fan video of Daniel Myer joining Covenant for “False Gods” at Markthalle Hamburg in Germany on Feb. 9, 2019:

Read Daniel Myer’s poignant personal story associated with one of the field recordings played during Covenant’s February 2019 Germany tour” about the loneliness of relocating to a new city, Garbsen, and feeling isolated from loved ones and music-making:

“I moved there a few ago. I decided to be a good citizen and thought getting a 9-to-5 job would help me accomplish that. I worked in an office as a social media manager, handling social media business for a big booking agency and doing some video and graphic stuff on the side. I was very thankful for the opportunity and tried my best, but in the end, I am just a musician. I had a nice apartment close to a lake, but I was miserable. Living by myself, away from friends and loved ones, I went home almost every evening on my bike, crying. I know, it sounds pathetic, but well, sometimes life is just that. Well, I was all by myself in that nice apartment and one night I heard some strange singing. I couldn.t really make out, where it came from, but after a while it became so annoying and loud, that I decided to record it and find the source. It was the wind singing through a window. What you hear tonight is a 20 minutes recording time stretched with one of my favourite tools: Paulstretch. Be scared!!!”

CH: What songs or bands or singers are atop your playlist lately? What do you find yourself listening to? And are there any podcasts you are keen on, music or otherwise?

DM: Funny that you ask, because I just made a playlist on my iPhone in order to record a set of my favorite music at the moment. I have some all-time favorites that are always on playlists, like Krister Linder, Jon Hopkins, Moderat, Röyksopp, Sonoio, Max Cooper, etc., and then some more current stuff like Boy Harsher, Rufus Du Sol, Throwing Snow, and HVOB. I don’t have time for podcasts.

CH: What’s next for you in terms of music and touring?

DM: I am finishing up the next Architect release, and the Haujobb album needs to be done, also. A lot of new techno-related stuff with Liebknecht [Daniel’s club/dance project that started out as his techno outlet] and Rendered [a collaboration between Daniel and Clément Perez of 14Anger] is also coming.

Stream Loudspeaker by DSTR on Spotify:

Here are some pictures of Daniel Myer performing as DSTR at Ivy City Smokehouse on March 17, 2019. All photos copyright and courtesy of Paivi Salonen. 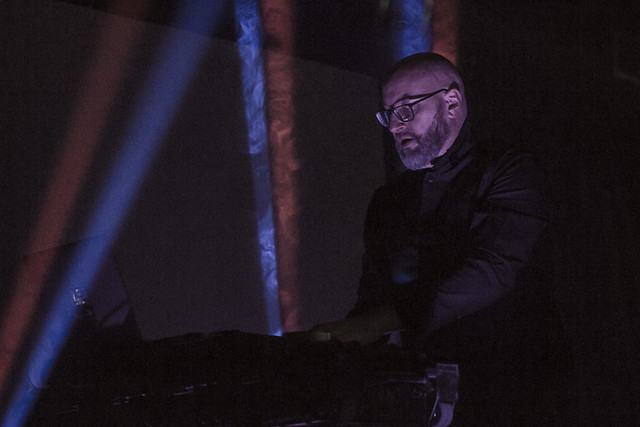 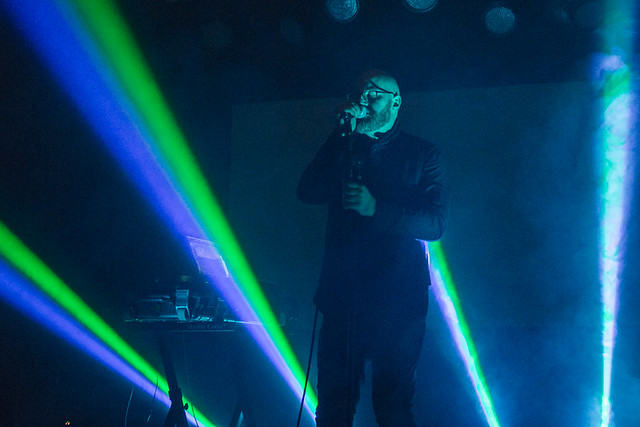 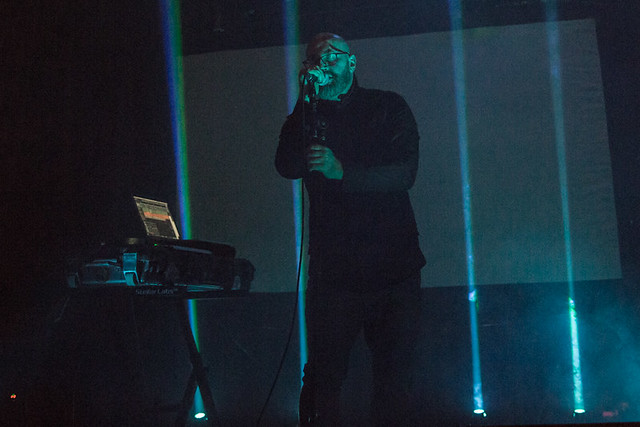 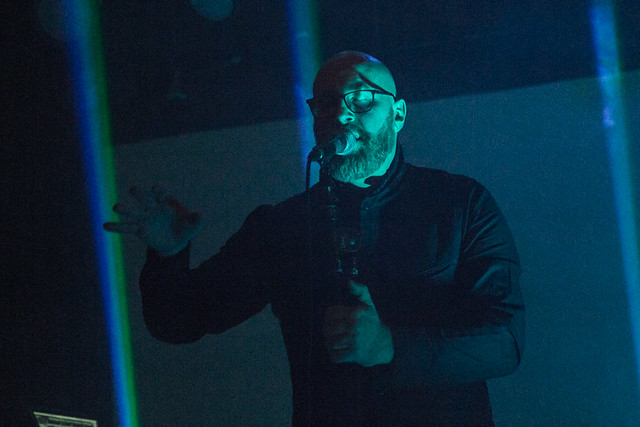 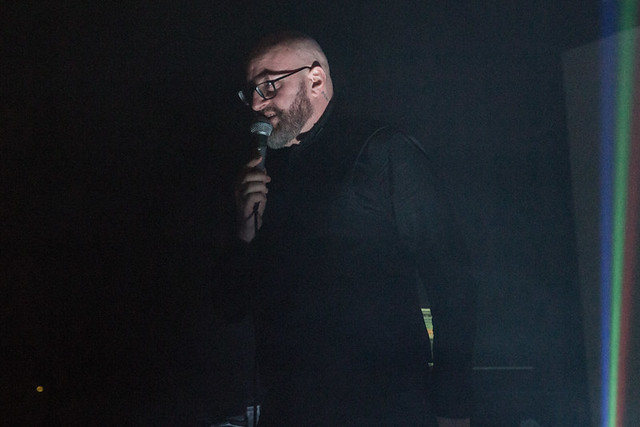 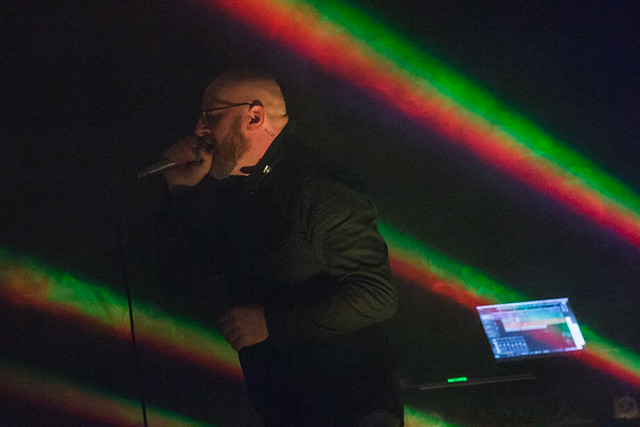 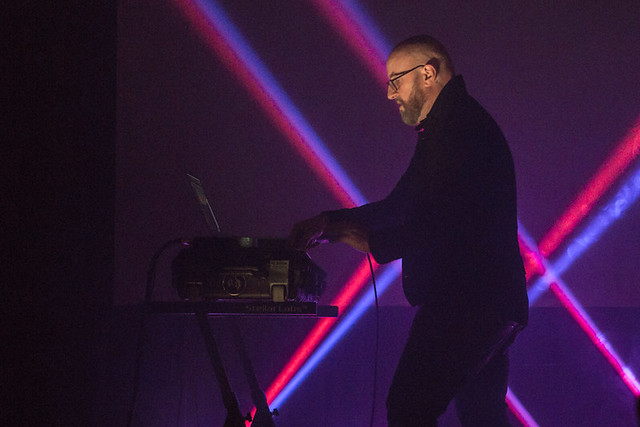 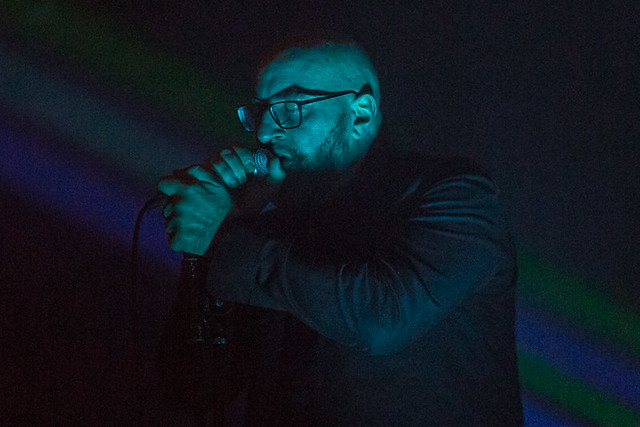 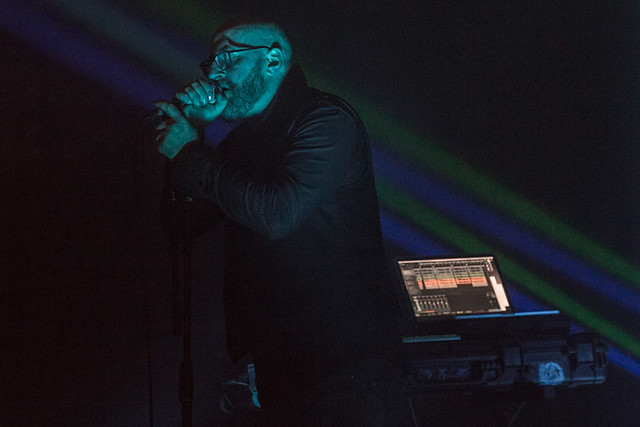 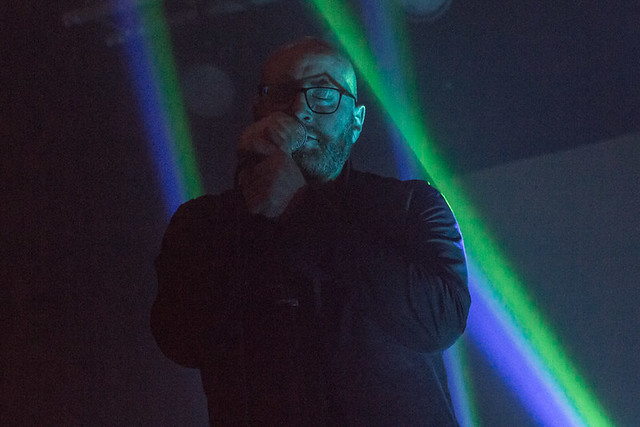 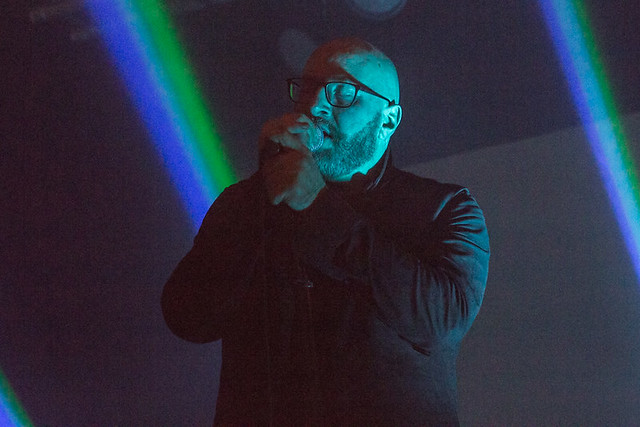