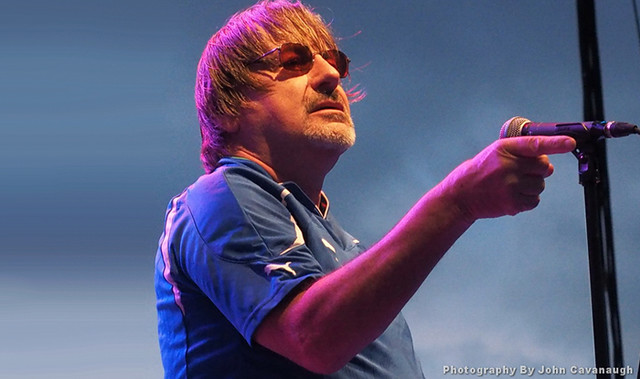 John Lyon, aka Southside Johnny, fronts the band Southside Johnny and the Asbury Jukes, who play The Birchmere on Saturday, June 15. John chatted with Parklife DC ahead of the show!

Emerging from the Jersey rock scene in the ’70s, Southside Johnny and the Asbury Jukes would release several critically acclaimed albums, foremost among them This Time It’s for Real and Hearts of Stone. In addition to his work with the Jukes, Johnny has released solo projects covering the songs of Tom Waits and Billie Holiday. In this interview, he discusses The Birchmere, the Jersey rock scene, heartland rock, Bruce Springsteen, and Steven Van Zandt.

Mark Engleson: In a few days, you’re coming to The Birchmere. I wanted to start out by asking about any memories of playing there.

Southside Johnny: I love The Birchmere. I’ve said it a million times. It’s a good show for us. They treat us so great there. It’s one of those places we really look forward to playing.

ME: You’ve played there a few times over the years? Did you play the original location?

SSJ: I think, yeah, it’s been restructured. I don’t remember stuff, so if you ask, I’m going to make stuff.

ME: You are a professional storyteller, right?

ME: Feel free to tell any stories you want. I won’t stop you. The past is what you make it, right?

SSJ: That’s right. Reality is what you make it. That’s what I’ve always said. And I’m like you: single, no kids, no pets, no friends. I can do whatever I want to do. That’s why I can go on tour.

Stream Soultime! by Southside Johnny and the Asbury Jukes on Spotify:

ME: I’m interested in you thoughts about the New Jersey rock scene, as distinct from the New York City rock scene.

SSJ: Growing up in New Jersey, all the comedians used to make jokes about New Jersey. It kind of rankled me. Of course, we all wanted to go into the City to play places like Cafe Coco. The clubs in New York would charge musicians from New Jersey to play. A guy got a phone call from a club, and they told him he could play. He said, “Great.” “$125.” “Yeah, that’s terrific.” “Yeah, we’ll take a check.” You just get this attitude, and it really does give you a drive, to go out there night after night. Now that’s a long time ago, but you still see it.

ME: Every state that has a metropolitan center, and each kind of has a little brother. For New York, New Jersey is sort of the ugly little brother. I’m from Ohio, and we have the same relationship with West Virginia.

SSJ: Cleveland was the joke city.

SSJ: We played Cleveland, and they loved us. I know why: Cause you know where we’re from.

ME: I assume you’re familiar with the term heartland rock, right? And you’re considered to be in that genre.

SSJ: I think that’s true. We’re not sophisticated. We’re from New Jersey, not Paris. When we go to Chicago, everybody likes our music.

ME: I was reading up on the genre and found that about half the people with noteworthy heartland rocks aren’t really from the heartland. They’re from Jersey, California, Texas… With so much of heartland rock actually coming from outside the heartland, what do you think makes it all hold together?

SSJ: A lack of cool. The coasts had an attitude that was too cool for words, and if you were from Lima, Ohio, and all across America, I think even in California, outside of San Francisco, if you’re from Sacramento or San Jacinto, any of those places — those guys had to make it cool to be from Bakersfield, where Dwight Yoakam is from. There’s a certain ethos that comes out that’s very strong that you can’t rely on any credentials other than the music.

ME: It also strikes me as a lot more working class.

SSJ: We play to blue collar people, and they work hard.

ME: You’re from Asbury Park, and Asbury Park has taken on something of a mythos. Can you talk a little bit about your hometown and what you think makes it special?

SSJ: Well, it’s a honky tonk town. It was just a place where a lot of bands played. Bands from New York and Pennsylvania took over the Jersey shore during the summer. Lots of clubs, lots of bands. It just allowed us to see some of the older musicians from the ’60s. And when we started playing there, we attracted a following. And that made it more of a place where other bands wanted to play, because they knew they could play what they wanted to play, instead of having to play Top 40 songs.

Watch Southside Johnny and the Asbury Jukes perform “Talk to Me” live for Front and Center in January 2017 via YouTube:

ME: One of the things that you and your band did was you worked with Steven Van Zandt. Can you talk a little about that?

SSJ: Steve is an odd duck. We used to meet at a teenage hangout. There’d be a drum kit or guitars, or just a harmonica, and I’d get up and sing. We’d hang out there every night playing and jamming. I walked in one night and there was Steve. Same thing with Bruce [Springsteen]. I walked upstairs to the big place where the rock and roll happened, and here was this guy with long hair. We all had bands, and we lived together, four guys in an apartment. We’d play each others’ records. We’d listen, learn, jam. We learned how to be musicians. We had the occasional girlfriend.

ME: You gotta have a girlfriend occasionally.

SSJ: Occasionally, but it was rare, because we were always playing music.

ME: Can you talk about insight you’ve had into your musical process, your creative process, that’s led you to make a change?

SSJ: I guess I just have such eclectic tastes, I’ve made an album of Billie Holiday songs, I’ve made an album of Tom Waits songs, I like doing all of it. I like blues, rock and roll. There are so many things I want to try, I try to incorporate those things. But I know that my core audience is rhythm and blues. It always energizes me, understanding what the other stuff adds into that.

ME: You bring in a lot of older R&B influences in your work. That seems to be a common thread in the rock that comes out of New Jersey, an emphasis on tradition.

SSJ: We respect people who came in the past. We grew up loving music, listening to music all the time. It was the most important thing in our lives. We have a lot of respect for all the people that came before us. It was so important. But you had to find your own way. I listened to Django Reinhardt; I grew up listening to Django Reinhardt. I don’t know if that’s a big influence on my what I do, but you’ve got to respect it.

ME: Were your parents big jazz fans?

SSJ: Yes, my parents loved Count Basie, Louis Armstrong, and they loved blues. I heard a lot of that too: jump blues, Chicago blues. That’s what I grew up with.