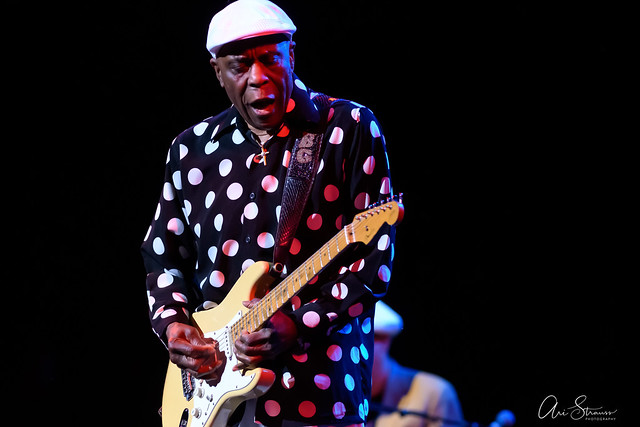 Buddy was born to sharecroppers in Louisiana in 1936. He left home in the mid-1950’s to find fame playing the guitar in Chicago. a His mother was very apprehensive of the move but her assured her he would buy her a polka-dotted Cadillac when he made it big. Sadly, she passed before Buddy could honor his promise, but to make sure he never forgot about it, he’s made black with white polka-dots his theme. When he hit the stage at Wolf Trap, he had on a black silk shirt with white polka-dots, played a matching black and white Fender Stratocaster guitar, and his microphone and pedal system were covered in polka-dots as well. 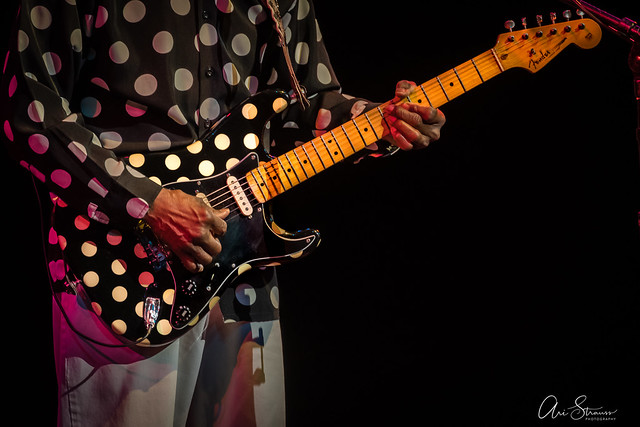 Buddy, who celebrates his 83rd birthday this year, hasn’t lost any of the polish in his stage performance. he performed a 90-minute set, part of which included him leaving the stage with and a wireless mic to walk among the audience during the last song of his set.

Over his career which spans seven decades, Buddy has released countless albums and collaborates with several blues artists. His most recent album, The Blues Is Alive and Well, was released last year via RCA/Silvertone Records.

Listen to The Blues Is Alive and Well by Buddy Guy on Spotify:

Rolling Stone Magazine ranks Buddy 23rd in its well-debated list of the 100 Greatest Guitarists of All Time. Eric Clapton (who is ranked No. 2) believes Buddy is the greatest guitarist ever. When inducting Buddy into the Rock and Roll Hall of Fame in 2005, Eric said, “No matter how great the song, or performance, my ear would always find him out. He stood out in the mix, simply by virtue of the originality and vitality of his playing.”

Damn Right I’ve Got the Blues
Hoochie Coochie Man / She’s Nineteen Years Old
I Just Want to Make Love to You / Chicken Heads
Drowning on Dry Land (Albert King cover)
Milkin’ Mutha For Ya
Feels Like Rain (John Hiatt cover)
All Your Love (I Miss Loving) /Sunshine of Your Love / Take Me To The River / Who’s Making Love
Someone Else Is Steppin’ In (Slippin’ Out, Slippin’ In) (Denise LaSalle cover)
Goin’ Down Slow / Close to You / Cheaper to Keep Her (With Samantha Fish)
Meet Me in Chicago

Enjoy some photos of Buddy Guy and his band performing at Wolf Trap on June 23, 2019. All images copyright and courtesy of Ari Strauss. 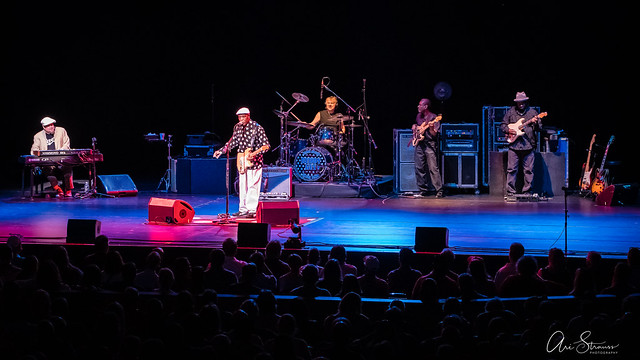 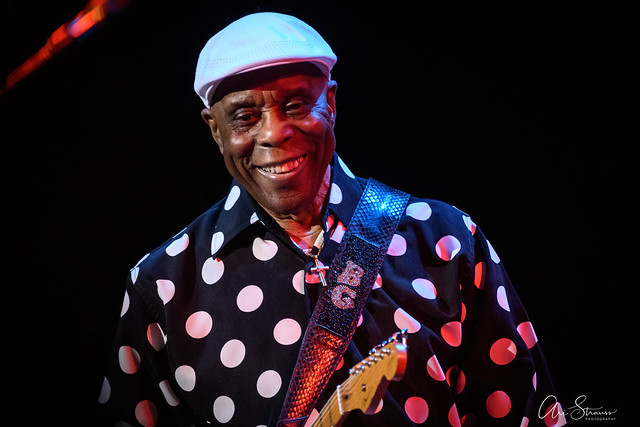 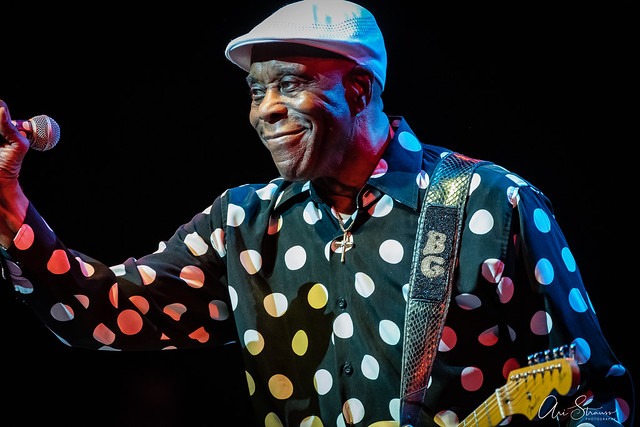 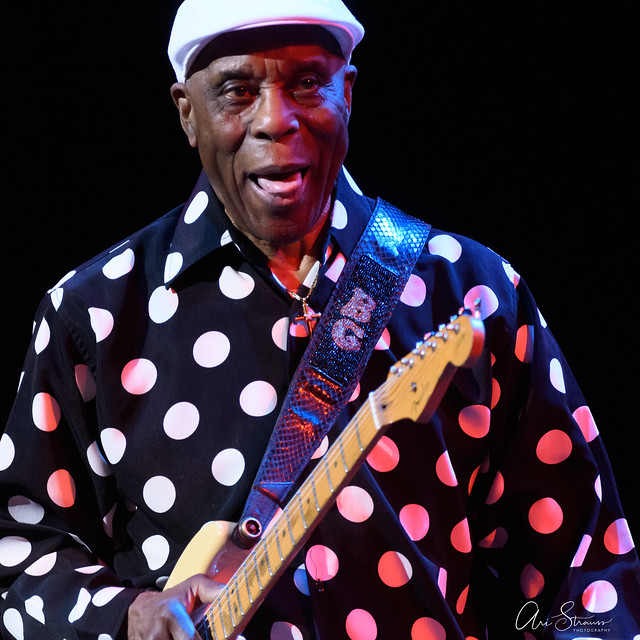 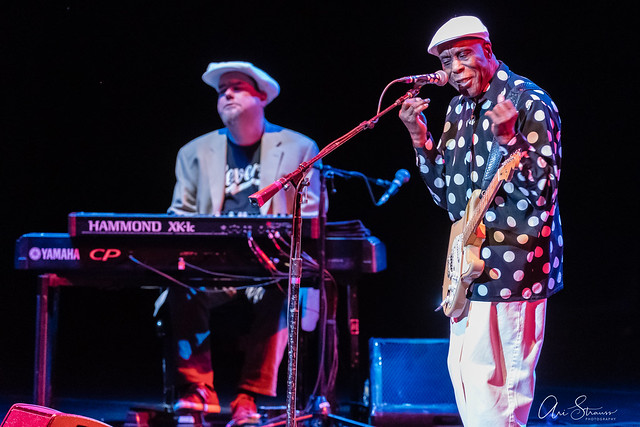 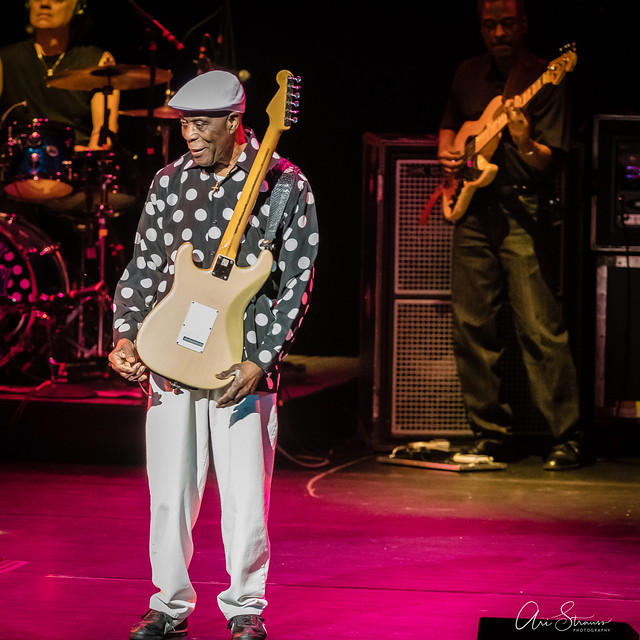 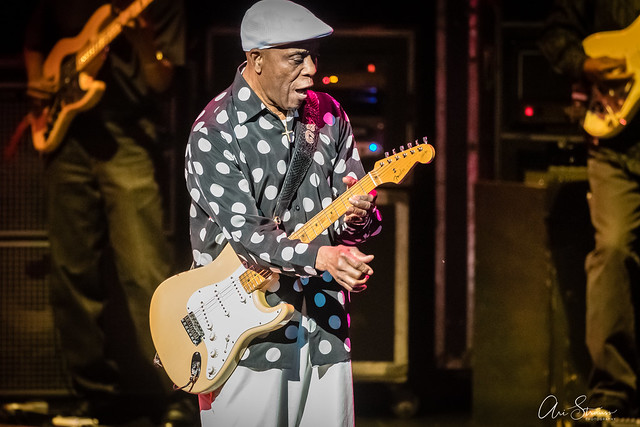 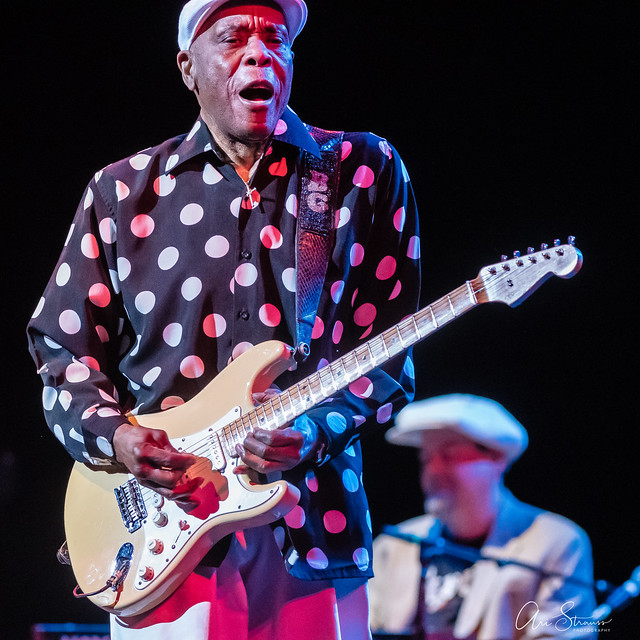 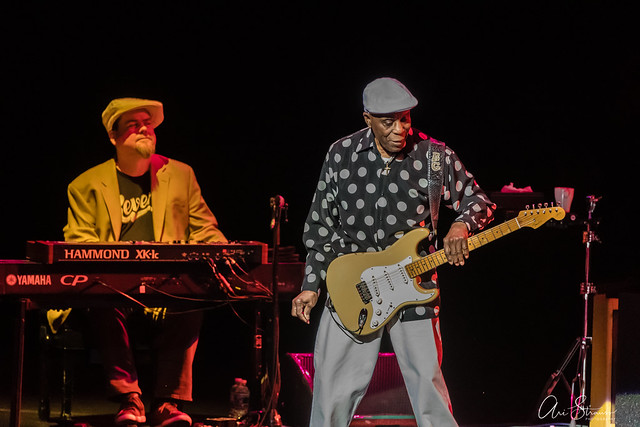 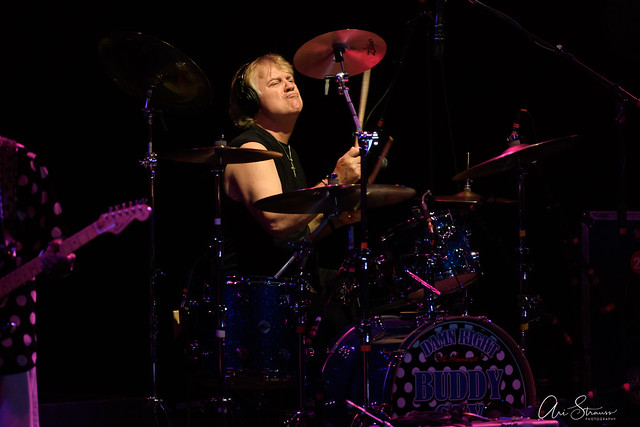 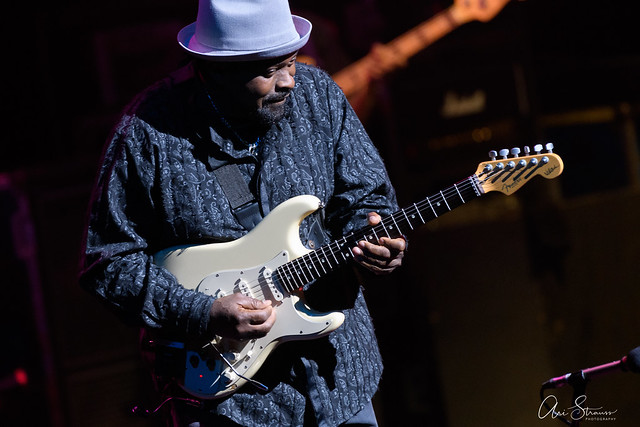 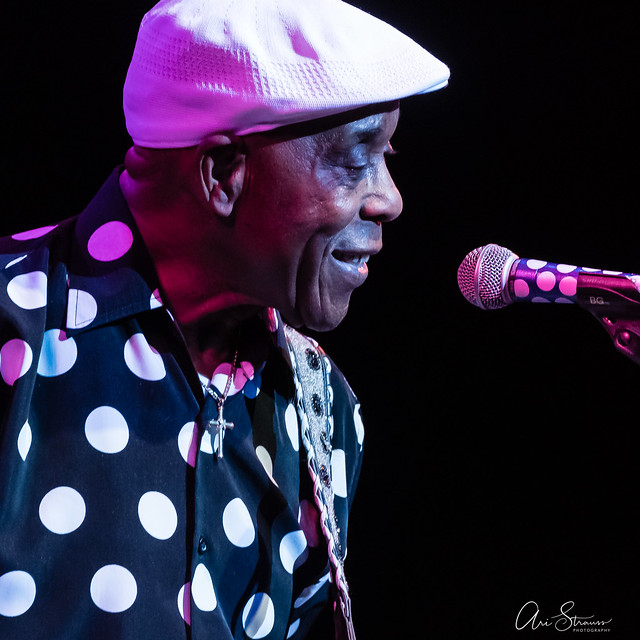 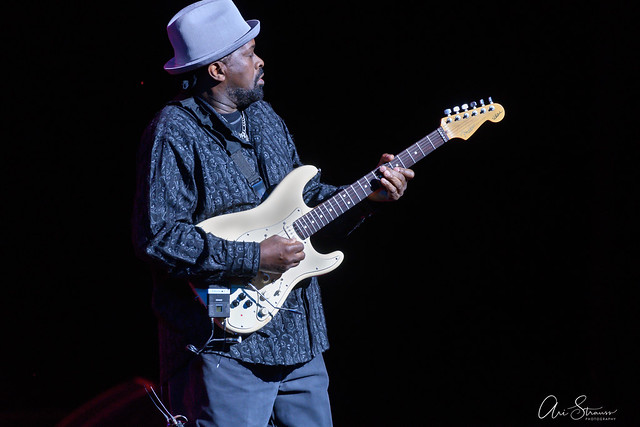 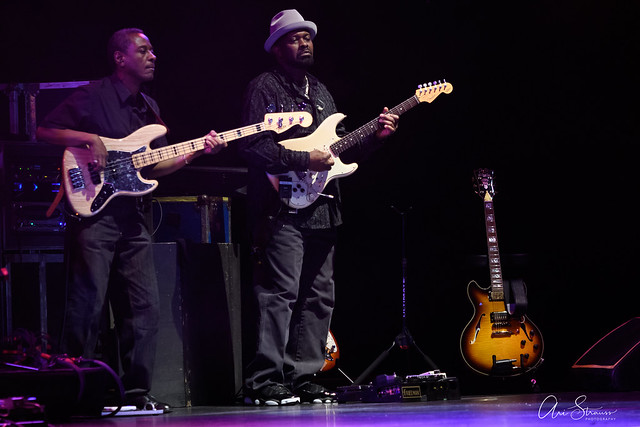 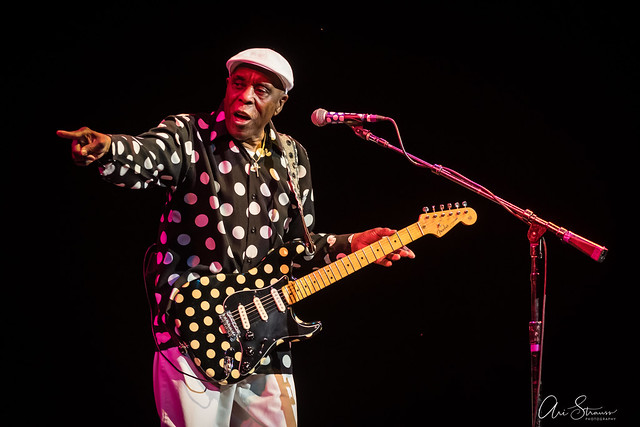