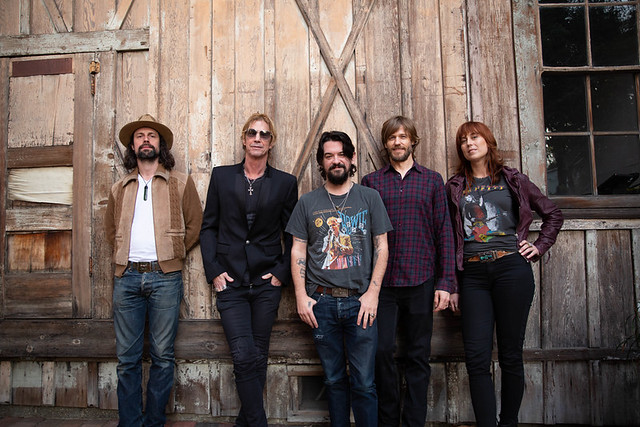 It’s difficult being stuck inside, unable to interact with others face to face. We here at Parklife DC are feeling that along with everyone else. I am regularly looking at my calendar, trying to guess when I’ll be able to get back in a club or arena and do what I love, photograph concerts.

I certainly don’t have the answer to when we’ll all be back to our normal lives, but one thing that is helping me get through this time is listening to music. We are fortunate that so much great music is still being created. Even in these trying times, bands and artists are finding ways to entertain us with live streams and basic recordings from their homes.

But it can be difficult to keep track of who will be performing and when. And if you’re like me, you may just want to throw on an album and let it play. So I have put together a list of some of my favorite albums that came out in 2019.

This is far from an exhaustive list, and it’s not a top albums of the year review, although many of these would probably be in my Top 10 of 2019 if I really sat down and tried to figure out such a list. This is just a few records that came out last year that I really enjoyed, and maybe you’ll find something new that you like and can listen to while you are home.

I’m also going to try and focus on artists and bands that aren’t huge. You don’t need me to tell you to go listen to “Fear Inoculum” by Tool, or “We Are Not Your Kind” by Slipknot. Both of those albums are great, and they also both hit No. 1 on the Billboard charts, so you are probably already aware that they exist. I’m hoping that you’ll find a new band to enjoy. Most of these bands have a back catalog of albums that you can continue to explore over the days to come if you find something you like.

Altitudes and Attitude — Get It Out

My first choice is the side project of two bassists from thrash metal’s “Big 4.” A creation of Megadeth’s David Ellefson and Anthrax’s Frank Bello, Altitudes and Attitude is a great departure from the thrash metal that both are known for. With Frank swapping out his bass for the guitar and singing lead vocals, Altitudes and Attitude are a much more melodic hard rock sound. They also put out a really cool picture disc with a hand autographed card this past Black Friday Record Store Day, which you still may be able to find in your local record store once we can all venture back outside.

This is a band who seemingly came out of nowhere. I’m sure they would disagree, but toward the end of the summer last year, it seemed like nobody had heard of Dirty Honey, and then suddenly they hit No. 1 on the Billboard rock chart. The LA-based rock band has only released an EP as of this time, but that doesn’t mean that they didn’t make an impact. If you want to hear a solid, straight forward, rock and roll band with some bluesy hooks, Dirty Honey fits the bill. The guys have managed to pull from many of the great rock bands of the past, and put it into a sound all their own. Having already opened shows for some of rock’s biggest acts, Dirty Honey seemed primed to break out as one of rock and roll’s next great bands.

Similar to Altitudes and Attitude, Duff McKagan went in a completely different direction on his solo album, Tenderness. Known for his hard-rocking ways as the bassist in Guns N Roses and Velvet Revolver, Duff stepped up to the microphone and played his acoustic guitar to tackle numerous difficult topics. While the music may not be as in-your-face as people have come to expect from Duff’s bands, the lyrics hold true to form. From opioid abuse to gun violence to sexual assault, Duff works his way through many difficult topics pulled from recent news headlines. The album isn’t one that you can put on to forget the world outside, but it is not all doom and gloom. In fact, there is an air of hopefulness throughout the record, and that all crescendos in the final track, “Don’t Look Behind You.”

See Chris’ review and pix of Duff McKagan performing at City Winery DC in May 2019.

Frank Carter and The Rattlesnakes — End Of Suffering

I was lucky enough to listen to an interview with Tom Morello a while back where he mentioned liking this British band called Frank Carter and The Rattlesnakes. I’m very glad I took the extra step and checked them out for myself. Their 2019 album, End of Suffering, is one of my favorites of the year. The record balances fast rockers like “Heartbreaker” and “Crowbar” with beautifully soft and introspective songs like “Anxiety” and the title track “End of Suffering.” Unfortunately, a car accident involving Frank Carter forced the band to cancel their scheduled show in Baltimore last September. Hopefully, that show will eventually get rescheduled, but in the meantime, this album will remain on repeat in my house.

Until the recent announcement by Rage Against the Machine that they were reforming, there was gaping void in the rock world. Nobody had been able to fully fill the hole of aggressive, in your face, sociopolitical rap/rock. Now, Fever 333 appears to be their heir apparent. The band’s EP, Made an America, helped put Fever 333 on the map. Their insanely high-energy live performances helped their profile to grow. But it was last year’s Strength in Numbers that showed these guys were here to stay. Blending a mix of rap, rock, and hardcore, Fever 333 take an aggressive approach to addressing the inequalities they see in the world.

Gary Clark Jr.’s album, This Land, seems to have everything packed into it. Songs that address racism, check. A Prince-sounding love letter to his mother, check. An R&B track that sounds straight out of Motown, check. A reggae-inspired track, check. Each track on this album is different from the one before it, and yet, somehow, it all flows together and doesn’t feel disjointed at all.

Revisit Chris’ pix and review of Gary Clark Jr. at The Anthem in March 2019.

The Glorious Sons — A War on Everything

To go from headlining DC9 to the 9:30 Club in less than a year shows a rise in popularity that any band would love. The Glorious Sons accomplished this feat as they went from DC9 headliners in February of 2019, to featured act before The Struts at the 9:30 in August 2019, to 9:30 Club headliners in January of this year. Many of the initial fans came from the catchy hit “S.O.S. (Sawed Off Shotgun)” from the band’s 2017 album. But it was their late 2019 album, A War on Everything, that showed a growth in the band’s writing and grew the band into a bigger act. The lead single, “Panic Attack,” reveals the band is still struggling with inner turmoil. The album’s title track is a gentle, beautiful soft rock song. If you need a record to put on in the background while you sit and drink a cocktail, as you ponder about the next time you’ll get to visit your friends, A War on Everything can help fill that void.

In a year’s span, Rival Sons went from a band that I had never heard of, to one of the bands I’m most excited to watch grow. I had discovered them in late 2018, which happened to be perfect timing with Feral Roots coming out in January 2019. The album is fantastic from its first song, “Do Your Worst,” to its last, “Shooting Stars.” Full of bluesy rock and roll riffs, and fronted by Jay Buchanan, who owns one of the best voices in rock and roll right now, Feral Roots is everything you could want from a rock and roll album.