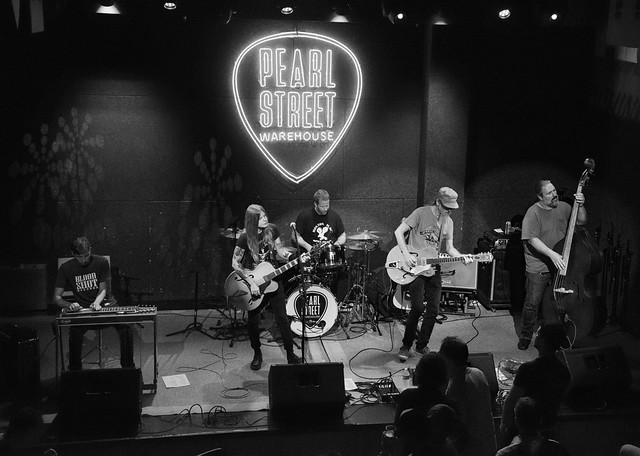 Sarah Shook fronts The Disarmers at Pearl Street Warehouse on Sept. 12, 2018. Mark Caicedo chose a picture from this show (but not this one) as one of his Top 10 of 2018. (Photo by Mark Caicedo)

Today, while female musicians like Beyonce, Lady Gaga, Pink, and Adele continue to break boundaries, local and regional bands feature women whose talent, drive and influence is just as powerful as the superstars.

My Top 10 concert photos of the year salute 2018 as the Year of Women.

Carrying on from last year, we saw a Women’s Wave continue to grow and shape our politics, society, and culture. But, here at ParklifeDC we focus on the music. I attended and photographed over 70 shows in 2018, all of which I enjoyed immensely. For an end of the year ParklifeDC photo essay, I chose to feature some of the female musicians whose work spoke to me.

Crossing genres and musical boundaries as diverse as blues, synthpop, dreampop, Americana, country, and straight-ahead rock and roll, these 10 female musicians amplified the vibrant DC live music scene. In 2019, we look forward to another year from these and so many other trailblazing artists, and urge everybody to support live music. 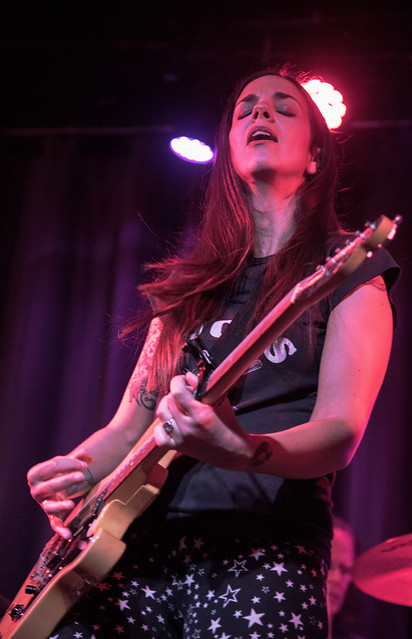 But to hear these tales of woe set against upbeat, optimistic, and rockin’ melodies makes them also about redemption. Don’t miss Sarah and the Broken Singles’ when they return to Jammin’ Java on Jan. 25, 2019. More info at Sarah’s website. 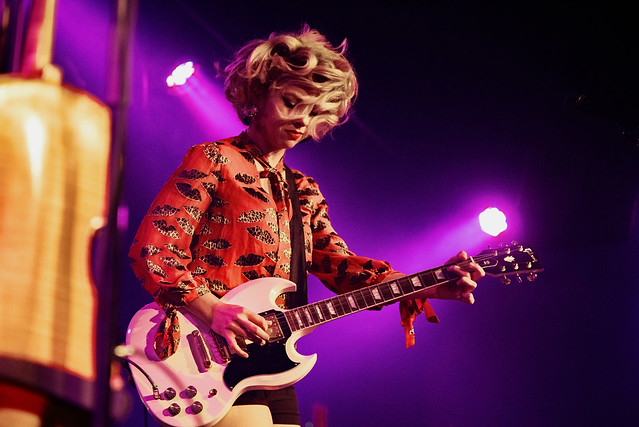 Somewhere on the hallowed ground between Etta James and Janis Joplin, Stevie Ray Vaughn and Robert Johnson, Samantha Fish is staking out her own territory. A bad-ass guitar slinger with a voice that both purrs and wails, Samantha continues to make the claim that she stands with giants, as well. A packed, standing-room Monday night crowd at The Birchmere would no doubt agree. More info at Samantha’s website. 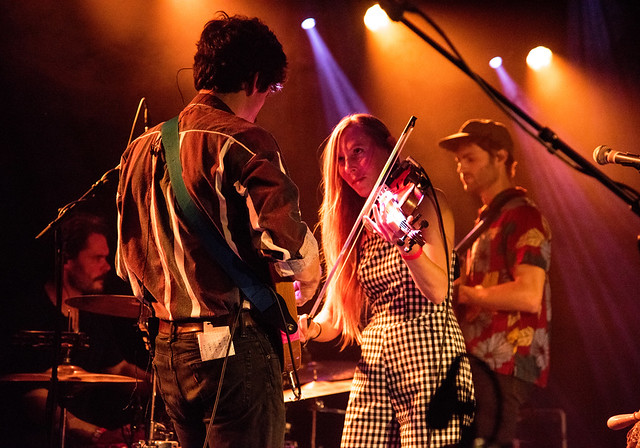 If making an album has become a lost art, then River Whyless is doing its best to revive it. Their 2018 album, Kindness, A Rebel (Roll Call Records), continues the musical boundary-pushing for which the band has become known. Halli and her bandmates, Alex McWalters, Ryan O’Keefe , and Daniel Shearin, met up in a southern Texas studio to write and record Kindness.

The title implies contradiction, and the songs reflect the tension between love and hatred, tolerance, and violence. Exploring those emotions forced the band to set aside their egos and embrace an honest, collaborative process. Halli summed it up succinctly, “remind[ed] me of where I belong” and that the proximity of working with her bandmates in the studio reaffirmed a “feeling of openness and hope and acceptance.” More info at the River Whyless website. 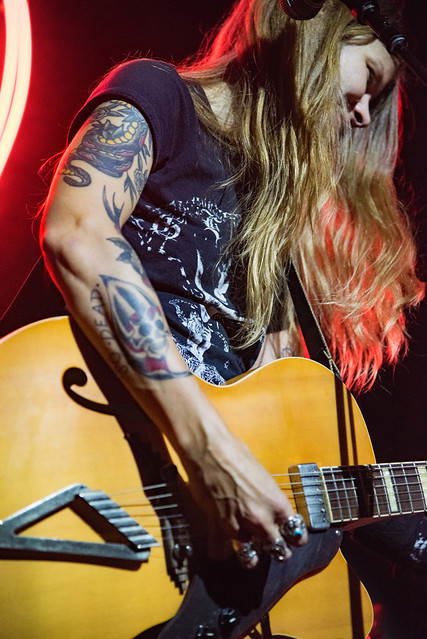 I expected Lucinda Williams meets Dwight Yoakam when Sarah Shook & The Disarmers took the stage at Pearl Street Warehouse. Well, I got that… and a whole lot more.

Eric Peterson’s lead guitar conveyed the perfect balance between bite and twang. Phil Sullivan’s pedal steel reached that high, lonesome sound. And Aaron Oliva’s upright bass and Kevin McClain’s drums kept the tempo chugging relentlessly along. But my attention was completely focused on Sarah’s voice (shades of Joan Jett) — both expressive and husky, and not afraid to sing the occasional ballad, sweet and tender. Sarah Shook & The Disarmers are not just another country-punk bar band. More info at The Disarmers’ website. 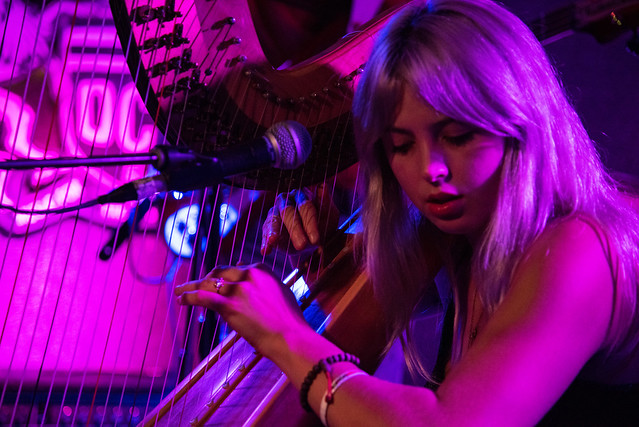 Who would have thought that a harpist could be so versatile? With a voice that is strong and pure, and instrumental chops that rival any lead guitarist’s, Mikaela’s performance was decidedly adventurous, with broad musical strokes that sounded like a sitar or sarod, as well as traditional, with the classical harp tones one might expect. Her mastery of the instrument is undeniable, her voice unique as she and her prodigiously talented band play her unique and accessible songs.

Mikaela uses a modern harp equipped with levers and pedals that vary the pitch and range through the technique of chromaticism (e.g., adding sharps and flats) but technical details matter little once she displays her virtuoso playing, singing, and songwriting gifts. Find more at Mikeael’s website. 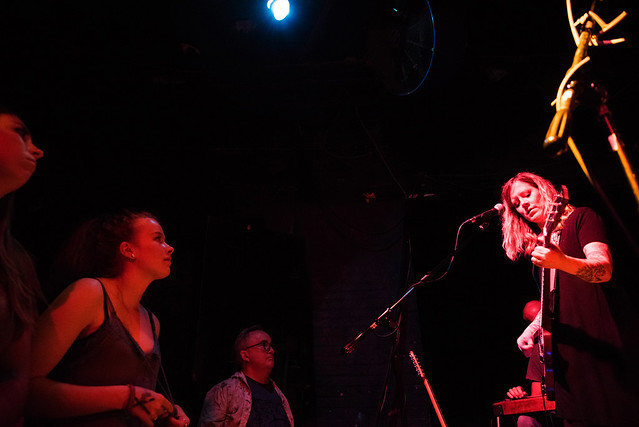 It doesn’t seem fair that a band that plays as perfectly imperfect as Wussy shouldn’t have a larger following. Those of us at the Black Cat’s backstage got to witness something timeless — the power of rock and roll to transport you to any place you wanted to go: the here and now or the sweet memories of youth — or both simultaneously.

Lisa Walker and Chuck Cleaver’s unlikely chance pairing back in 2001 led to something precious and rare-music that can take you back to a specific place and time. For me, Lisa’s homage to Pete Townshend, “Teenage Wasteland” is that song — with its opening lines, “Do you remember the moment when you finally did something about it, when the kick of the drum lined up with the beat of your heart?” The song’s steadily increasing intensity, Chuck’s reverb drenched guitar and John Erhardt’s spooky-cool pedal steel, culminate with Lisa’s “tough yet vulnerable” vocals that reach deep into our hearts and memories, and says, “Yeah, I get it, I feel ya, it’s cool.” Find Wussy music and video at Wussy’s website. 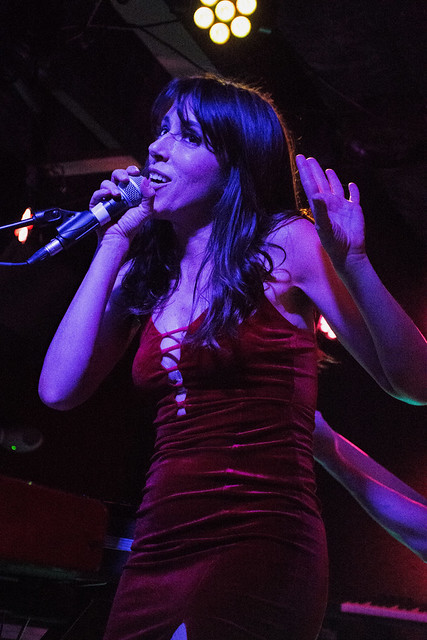 DC-based Loi Loi brings an international flair to their music, singing in both Spanish and English giving one the feeling of having stumbled into a ’90s era Miami dance club. Loi Loi is taking its chances in the crowded DC music scene, but anytime one feels like dancing, simply find Loi Loi. Find more at Loi Loi’s Facebook page. 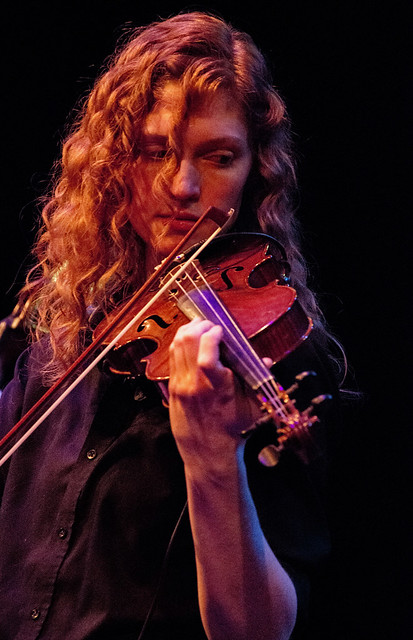 There’s something exciting about seeing a longtime favorite artist perform…the thrill of scoring tickets, the planning with friends, the big night’s arrival…then the lights go down, the music starts, and soon you’re dancing and singing along to your favorite songs. We’ve all been there. But watching a new band develop and grow is equally exciting. That thrill of discovery, of experiencing music you’ve never before heard, played in a way that’s completely unique. Near Northeast is one of those bands.

Founded in 2014 and taking their name from the Washington, DC neighborhood of their origin, Near Northeast’s music conjures up visions of India, the Balkans, and Appalachia. A quartet, Near Northeast far exceeds the sum of its parts; Kelly (violin, vocals) along with Avy Mallik (guitar, vocals), Austin Blanton (bass, vocals) and Antonio Skaric (drums) each bring their own cultural sensibilities to the band but their songwriting chemistry and musicianship push past their individual backgrounds. Find more info on Near Northeast’s Facebook page. 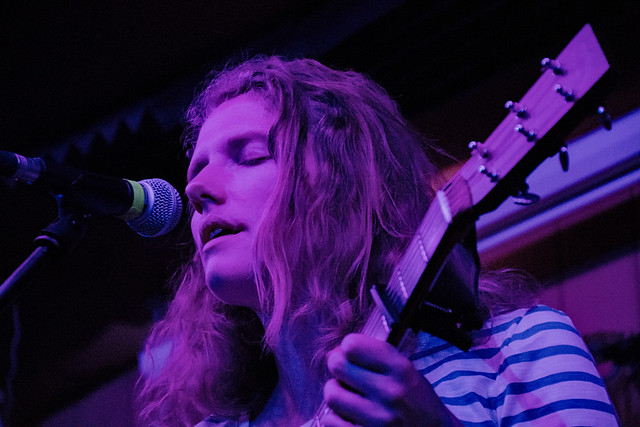 Touring in support of a third album, My Mother the Moon, Sarah Vos’ band Dead Horses  draws on a wide range of influences that includes folk, bluegrass, gospel, rock, and blues. Folk music often contains elements of protest and tragedy, embedded in the lovely melodies and lyrical images, and Dead Horses’ music is no exception. But there is almost always redemption.

Sarah uses that musical redemptive process to chronicle personal tragedy and despair, and turning it into optimism. Learn more at the Dead Horses’ website. 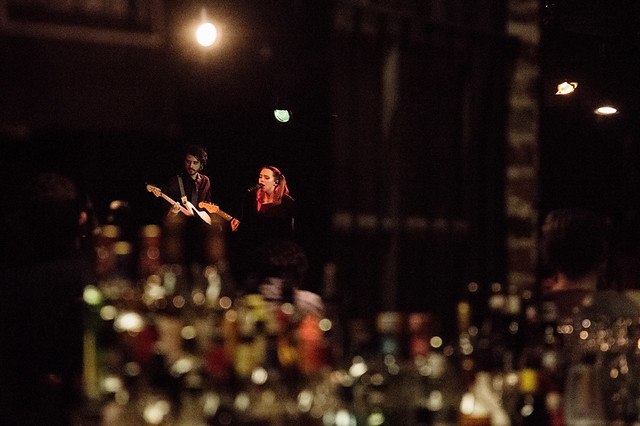